Dollar rose on the higher Oil, but the downward trend remains

Markets react relatively sluggishly to the events of the beginning of the week. Oil remains at elevated levels, climbing13% since the beginning of the week. For a long time to come, the market will continue to have a higher premium for geopolitical risks in the Middle East region. At the same time, we should not hope that this oil rally will be stable. The spike will likely be gradually “deflated”. 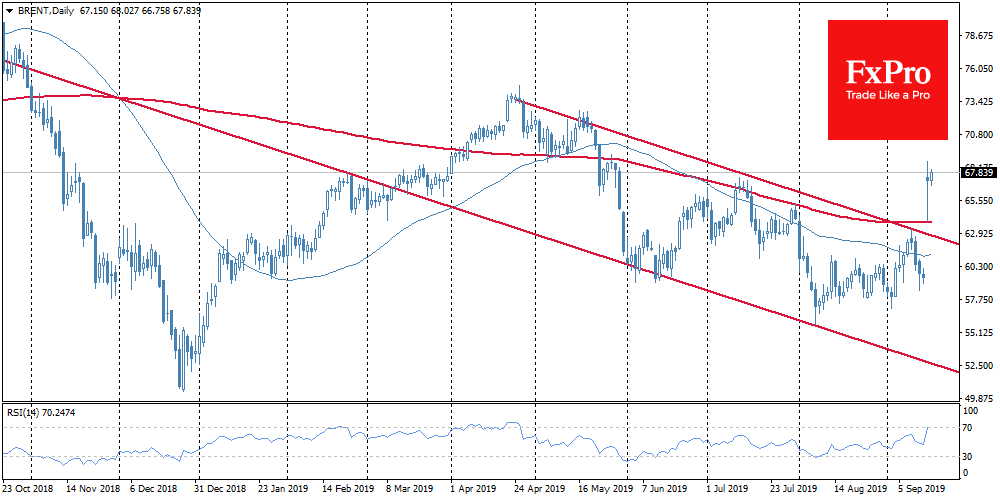 Stock markets have moved away from their recent highs. Futures on S&P500 retreated 1% from Friday’s peak levels. Partly under the pressure of fears that high oil prices will have an additional deterrent effect on economic growth. Also, partly in response to weak macroeconomic data from China and the U.S. published on Monday. The dollar added 0.5% to the basket of major currencies on Monday. USD holds positions near the Thursday opening levels, before the ECB rates cut and the Q.E. restart announcement.

At the same time, it is difficult to characterize such reaction of the market as increased demand for safety as gold remains near $1500, and the response of the stock markets is far from force-majeure. It seems that politicians have managed to convince market participants that they have the determination and ability to react quickly. 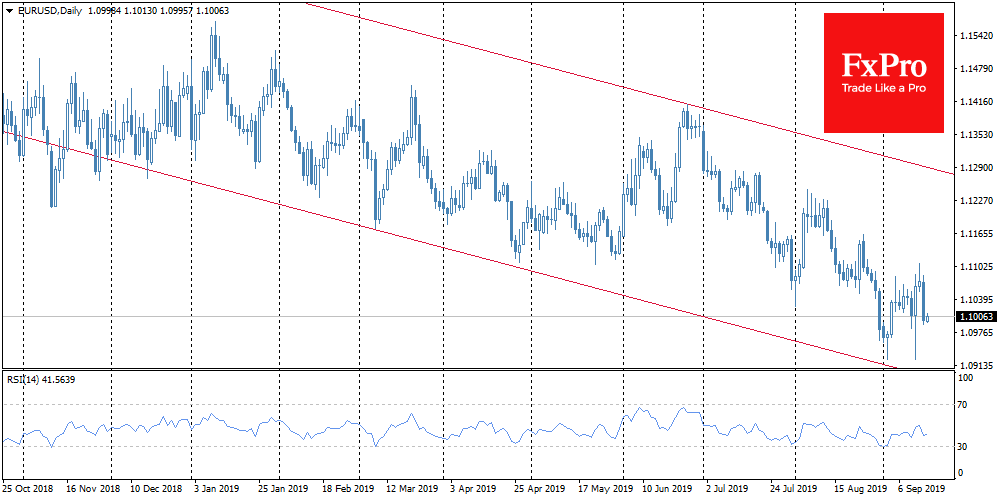 The markets likely took a wait-and-see approach on the eve of the Fed meeting on Wednesday, when it is expected the second back to back Fed rate cut. The risks of a weaker economy due to a possible oil shock could encourage the Fed to take a softer position for the foreseeable future. As the FxPro Analyst Team said, one should not forget that the oil price spike causes inflationary risks, which will formally limit the room for manoeuvre of the Fed to ease the policy. However, in this case, there is a high chance that the Fed will turn a blind eye to the risks of short-term inflation surpass in an attempt to avoid excessive cooling of the economy. 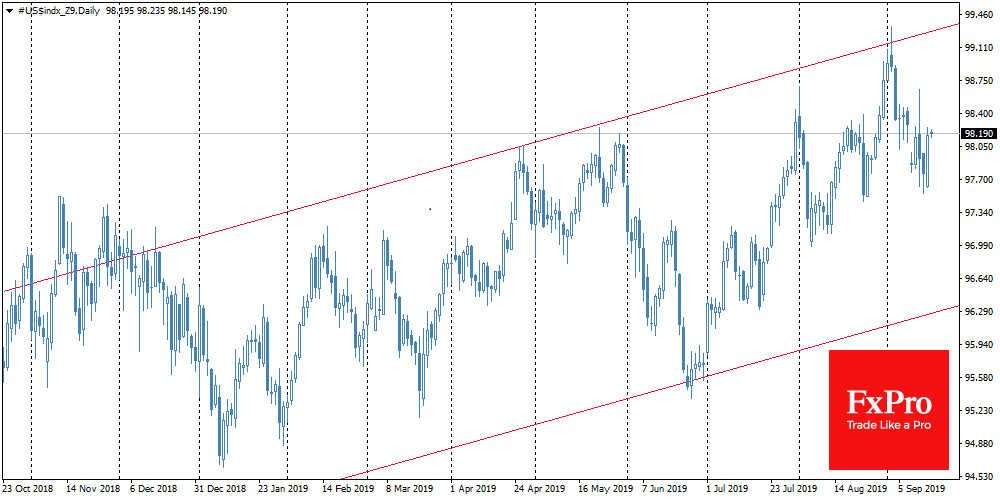 The U.S. currency shows a decline in September, having lost 1.7% of the peak levels at 99.3 DXY by Monday morning. If yesterday’s jump by 0.5% did not become a turning point in the trend (which is unlikely so far), by the end of the month the dollar risks falling another 1.7% to 96.5 if the Fed does not surprise the markets with excessive rigidity tomorrow. Similar dynamics for EURUSD opens the way to grow to 1.1250 from current levels at 1.1000. Indeed, with rare exceptions, it is the Fed’s policy that has the most significant impact on the dynamics of national markets.