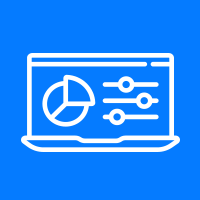 The team consists of financial market experts who study the market movements and provide in-depth analysis to assist our traders. Our dedicated professionals regularly prepare reviews on the economic situation, foreign exchange market as well as news and reports on Crude Oil, Gold, Stocks Indices and more! Our analysis is regularly published in the leading economic global media.

Australian inflation remains an important topic for the forex market as it tries to determine the central bank’s next steps in monetary policy. In contrast to the consumer inflation figures released earlier in the week, producer prices were surprised with... Read more

A bullish picture is forming on the Nasdaq100, suggesting that we see the beginning of a bull market and not just a rally in a bear market. If the index can close above 12000 by the end of next week,... Read more

Market Picture Bitcoin is currently trading at around $23.0K. Spikes to $23.7K and down to $22.5K leave their mark on the chart but do not move the market’s balance point. Interestingly, this oscillation occurs with a rising equity market in... Read more

The preliminary estimate for the fourth quarter showed annualised growth of 2.9% (quarter-on-quarter growth multiplied by 4). This is a slowdown from the previous period (3.2%) but better than expected (2.6%).  Compared to the same quarter a year ago, the... Read more

The British Pound is testing the $1.2400 level this week, above which it failed to consolidate in the middle of last month. The GBPUSD has yet to trade consistently higher since last June. Looking at the entire rally from September’s... Read more

Market picture Bitcoin spent most of Wednesday in a shallow corrective mode, pulling back to $22.3K. However, with the start of active trading in New York, optimism returned to the equity markets, pushing BTC to $23.7K by the end of... Read more

Inflation data continues to be the main driver of the markets. This morning the currency market focused on a surprise out of Australia, where the annual CPI growth rate for the fourth quarter accelerated from 7.3% to 7.8%, against expectations... Read more

Market Picture Despite the positive performance of the US stock indices, Bitcoin continued its unsuccessful attempts to consolidate above $23,000 on Wednesday. The crypto market has, at least, paused after rallying since the beginning of the year. Total capitalisation is... Read more

Strong PMIs fail to save the euro from sliding

According to Markit’s preliminary estimates of business activity, the Eurozone economy has moved out of contraction and is trying to claw its way into growth. The eurozone composite PMI rose from 49.3 to 50.2, better than the expected 49.8. The... Read more

Oil briefly topped $82.50 per barrel WTI on Monday, testing the highs seen in the second half of November. The bulls are betting that China’s lifting of restrictions will boost global demand for commodities and energy. Although the US became... Read more

The EURUSD reached 1.09 early Monday, its highest level since April last year. A strong uptrend has been in place for the past four months, during which time the pair has risen from lows just above 0.95 to the current... Read more