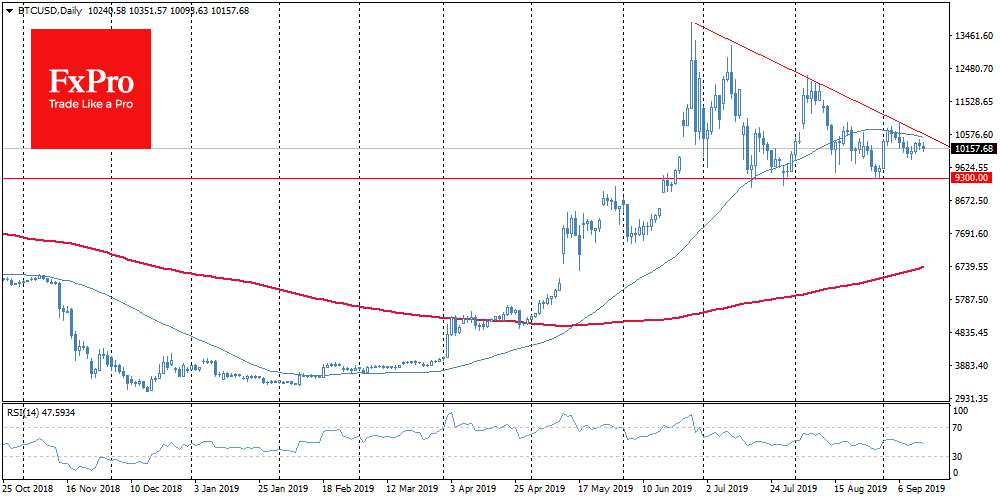 During the last day and throughout the weekend Bitcoin was in a limited price range, trading around $10,400. The trading volume has declined by about 20% since Friday.

The situation with the difficulty of BTC production is quite different. Since September 12, the hash rate in the Bitcoin network has soared by 10%. This is due to both the supply of new ASICs and the expectations of investors. At the moment, the owners of ASICs are planning their business in such a way as to work without selling the mined bitcoins.

If the Bitcoin reaches the desired price level, the miners may start a mass sale, which will have an extremely negative effect. So far, everyone is waiting for the end of September, and it is likely that until then the side trend will remain within the limits of insignificant (by the standards of cryptocurrency) fluctuations.