The snowball of world defaults starts with oil

As the number of new infections in the world stabilises and restrictions ease in the U.S. and Europe, investors are increasingly turning their attention to economic losses.

Futures on American oil are in free fall, and this is a clear manifestation of economic damage. The price of the May contract for WTI has collapsed 17% in the morning to the lowest level since 1999. The cost of some grades of oil in the U.S. has fallen to $2, as the oil storage facilities are almost full, despite the decline in production. 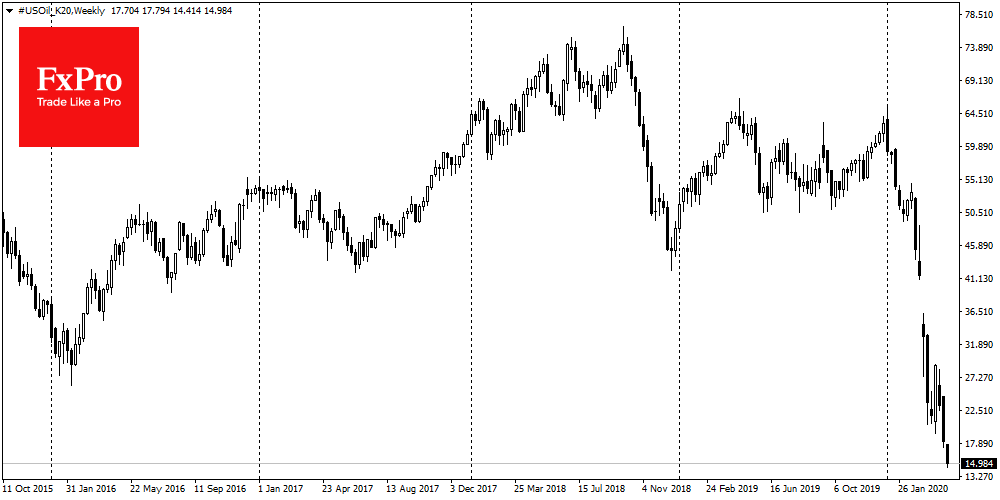 In recent years, the U.S. oil industry has been increasing its influence on the economy, along with production volumes. The oil shale revolution, with its sharp decline in oil production costs, is only part of history. The era of near-zero interest rates fed this revolution. Small American companies borrowed massively from banks and debt markets.

Now they are on the verge of collapse, desperate to find money to survive. However, bankruptcies have already begun, and further price cuts will inevitably lead to new victims. What’s happening in the oil market is increasing the anxiety of financial markets. Banks are forced to build up reserves in preparation for rising bad loans.

Unprecedented asset purchases on the Fed’s balance sheet help to keep debt markets from collapsing now, but banks are absorbing part of the liquidity. As a result, not everything reaches the markets. This was the case in 2008 when the liquidity crisis was gaining momentum despite the Fed’s credit lines and rate cuts. That was when banks became a bottleneck and a centre of problems in the financial system. 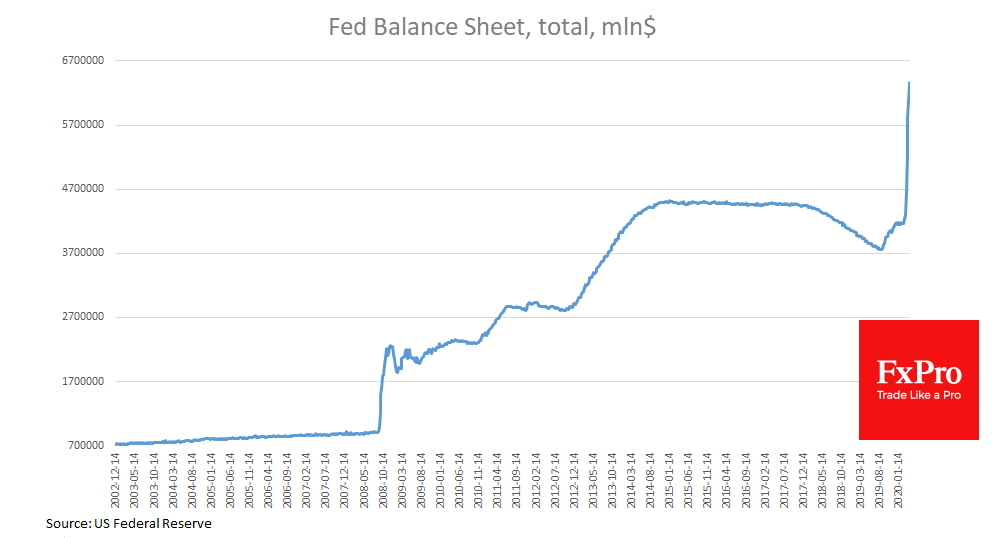 Right now, we are somewhere at the beginning of this process, and we have yet to see how well the government and regulators have done their work on mistakes. Direct distribution of money to citizens and active participation in lending to small and medium-sized businesses in many countries can be considered a financial innovation.

Together with the catastrophic drop in government revenues, this is putting public finances at risk in many countries. It is not an exaggeration to say that the problem of the budget deficit will affect all countries to some extent.

Governments become debtors of last resort, although even without the epidemic, many have served record debts and chronic deficits. The IMF reported that about 100 countries approached it for debt deferral or restructuring (write-offs). Most of them were emerging economies. Indulgences for one of them increase the perseverance among the others, forcing investors to seek shelter. 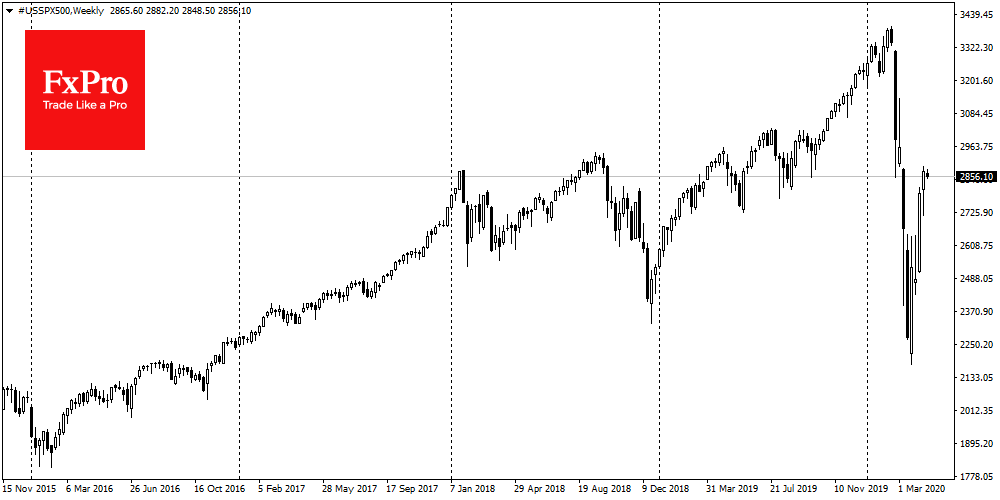 But where can we find it if the debt markets of Europe, Japan and the U.S. (traditional safe-havens) are vulnerable to the same problem? The U.S. budget is predicted to face a $4 trillion “hole” this year – many times higher than in previous years. How can we expect Trump to turn a blind eye to an avalanche of defaults (reduced liabilities) for other countries and not push the same thing for the U.S.?