Markets recover after the drop

Market focus The markets decline on investors’ fears that trade conflicts will drag on and slow down demand, and this dynamic coincided with breaking through important levels, which intensified the amplitude of market movement on Thursday. The oil within the day lost more than 5.7%, dropping to $66 for Brent. The demand for safety has increased the demand for US bonds, and at some point, the yield on 10-year Treasuries fell below 2.3%. At the same time, it is worth noting that while there is no escalation of trade conflicts, we are witnessing cautious purchases of risky assets on the markets as part of profit-taking against the movement throughout the week.

Stocks The United States stock indices at the end of Thursday lost more than 1.1%. However, on Friday morning index futures added around 0.5% from the beginning of the day. The Japanese Nikkei 225 grows by 1.3%, despite the strengthening of the Japanese yen against most of its competitors. Friday’s profit-taking may temporarily provide support to risky assets, but the escalation of trade conflicts between the two largest economies will likely continue to put pressure on stock prices during the summer lull. 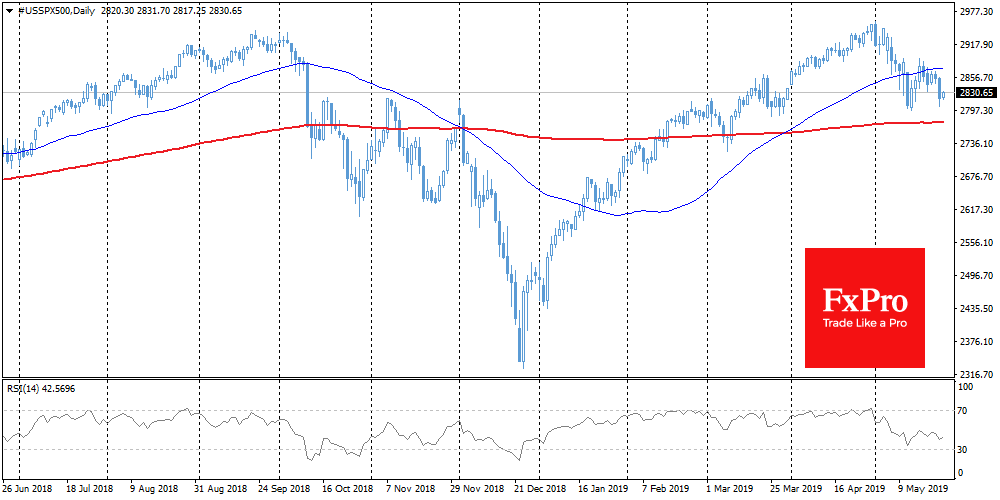 EURUSD The single currency yesterday received strong support after touching the 1.11 level. The pair turned sharply to growth, breaking 1.1200 at the time of writing. The single currency buyers intensified during the euro downturn to the area of two-year lows. With the development of growth, it is worth paying attention to the levels at 1.1230, where the MA50 and the resistance of the downward channel pass, from this level since the beginning of the year the pair has repeatedly turned to decline. We should also mention 14 trading sessions in a row of EURGBP growth – this is the longest decline in the history of the pound. 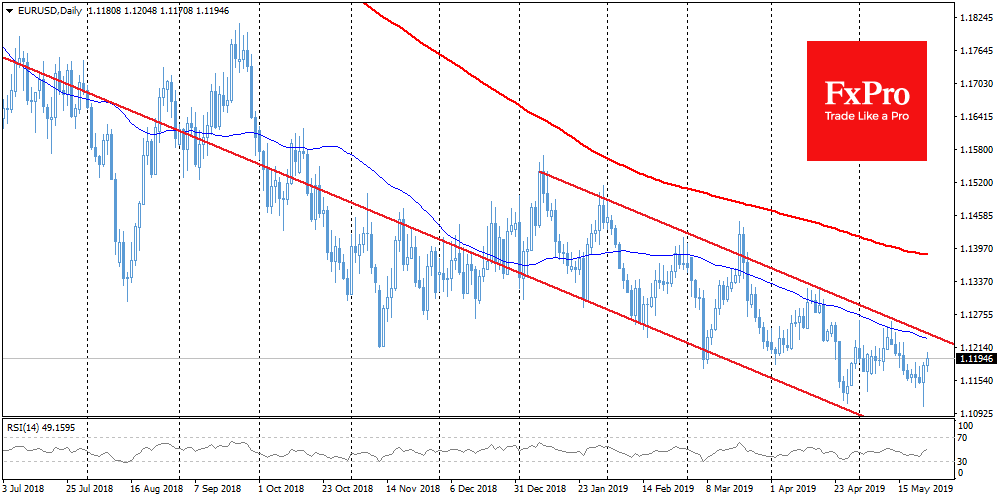 Chart of the day: USDX The dollar index reached on Thursday two years highs, breaking the 98.0 level at some point. However, soon it turned to a decline. Market participants, apparently, are in no hurry to bet on the continued strengthening of the US currency. Moving within the upward channel, the dollar index was subjected to pressure after touching the upper boundary of this range. Technically, this opens the way to a pullback to the lower end of the range, which is now passing through 96, which is 1.5% below current levels. 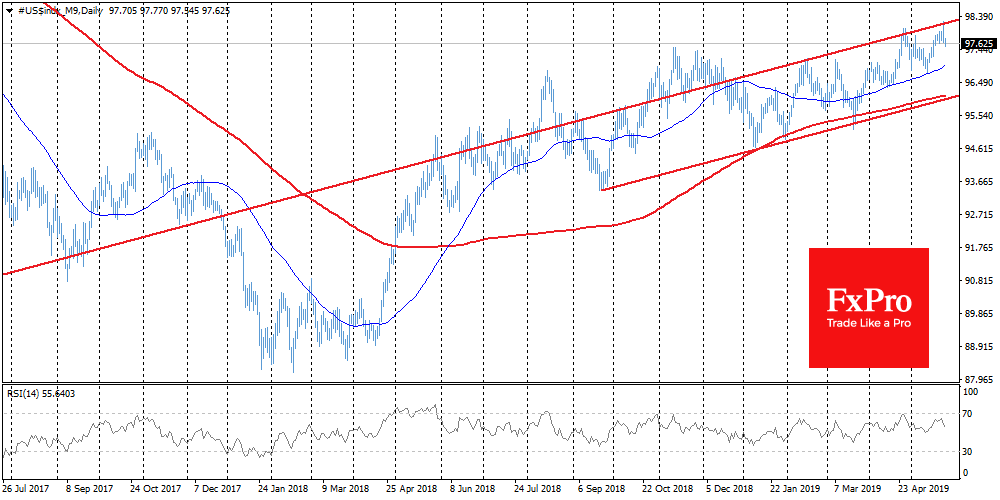