Investors rushed to the ‘safe-havens’

Market focus Demand for defensive assets, such as US, Japanese, and German government bonds, is gaining momentum. Trade disputes between the United States and China are still in the acute phase. Additionally, investors’ nervousness is spurred on by disputes over the budget between the Italian government and the European Commission, which puts pressure on the single currency. At the same time, the yield of the Italian and German 10-year government bonds is again moving in opposite directions, just like a year ago. German 10-year Bunds with a yield of -0.17% are close to historic lows, falling from around zero levels at the beginning of the month, Italian bonds saw the yield increase from 2.55% to 2.7% over the same period. A year earlier, the yield jumped from 1.7% to 3.6%, while the euro dropped from 1.23 to 1.12.

Stocks Over the past day, there was a noticeable increase in pressure on global stock markets. SPX fell by 1.4% to its lowest levels since March 12. Based near the 2790 mark, the index is in a few steps away from the 200-day moving average (at 2774 now). In March, this MA200 line performed as a significant level of support, after touching it, the markets turned to growth. Even earlier, in October-December of last year, a fall below this line three times caused enhanced cuts of stocks positions. Thus, the dynamics of markets near this line may be indicative of the entire market, determining the trend of the coming months. 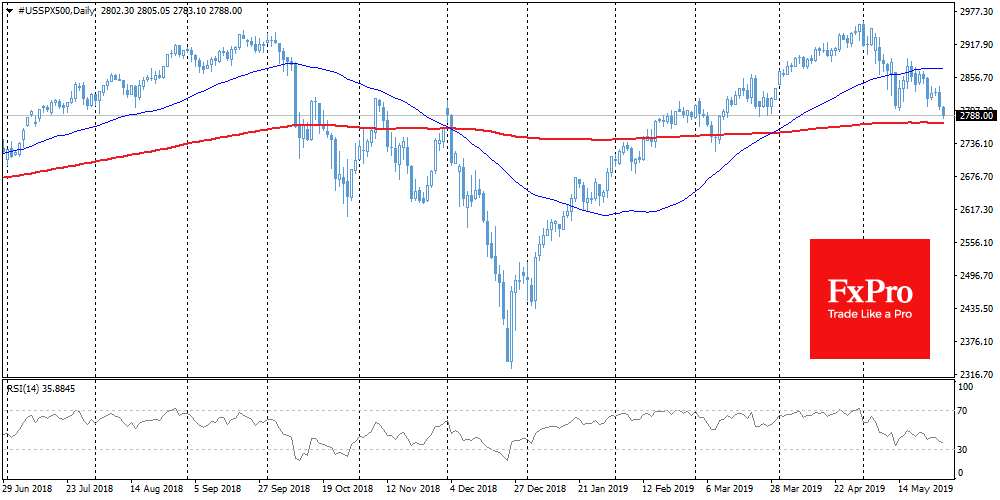 EURUSD The euro remains under pressure this week, returning to 1.1160. This dynamic is within the trend from the beginning of the year, with the lower boundary of the trading range passing through 1.10 at the moment. Nevertheless, Italian budgetary disputes and the growing demand for safety in global markets can intensify pressure for the EUR. Among the nearest signal levels is 1.1100, a decline below can strengthen the sale-off. 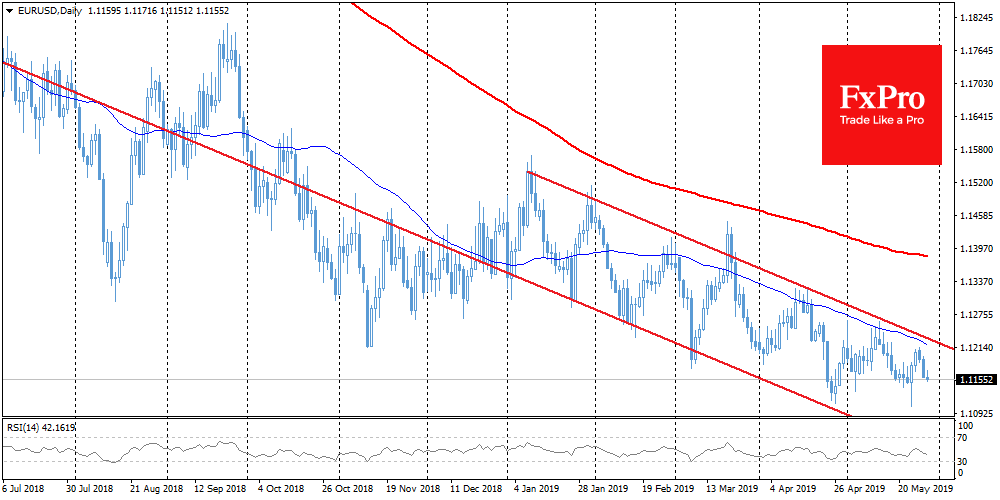 Chart of the day: USDJPY Over the past week, the yen rose more than 1.2% against the dollar and the euro. Demand for defensive assets pushed the yen to more than 2 years highs against the Euro and in the area of local lows at 109.100 for the Dollar. A decline below 109 could see intensifying downward pressure in the markets, provoking a full-scale risk aversion. 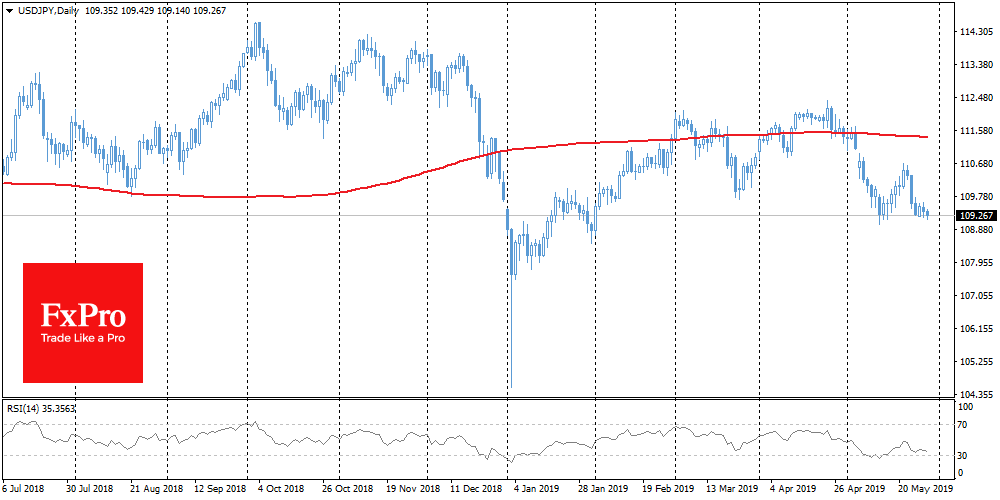