FX indicates that the worst is possibly behind us

In the last few weeks, the currency market proved to be a reliable sentiment barometer. Back in early March, we talked about warning signals that the worst might be ahead. Now, if we can still rely on these signals, there is a sigh of relief in the markets.

The US stock indices closed Thursday with growth as low as 0.5%. Futures for the S&P500 points to about 5% growth now. However, such rebounds are not a very reliable signal as we had seen this week how after the limit-up on futures, the markets turned to decline and ended the day in ruins.

In this regard, a much more reliable indicator can be the dynamics of the currency market, where most attention should be paid to individual pairs. Looking to European currency pairs, you can easily see the rebound of the British pound. Having touched 1.1410 at the beginning of the Friday, GBPUSD has already added more than four figures, trading at the time of writing at 1.1840. 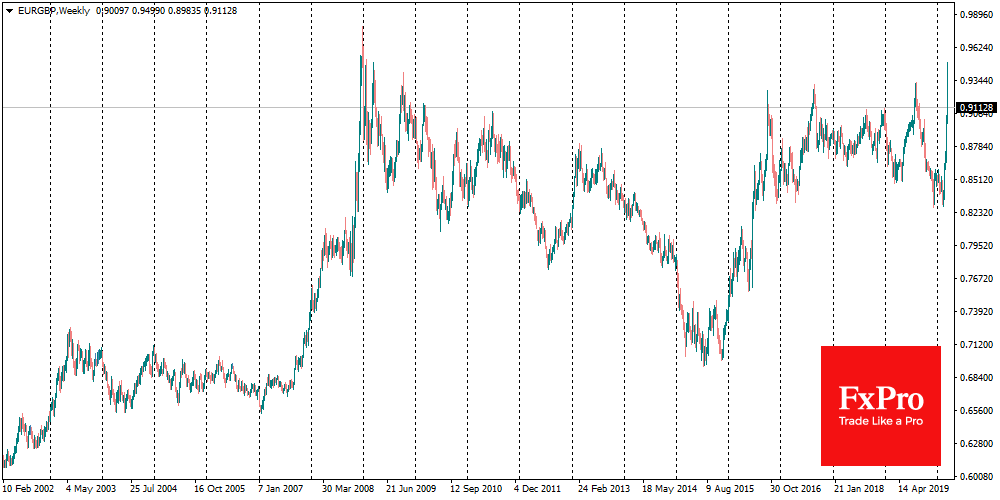 Traders should also pay attention to the correction of the EURGBP pair. From levels near 0.9500 at the beginning of the day on Thursday, it dropped to 0.9100. Investors paid attention to the EURGBP extremes, which were last seen at these levels in the worst days of the global financial crisis. The pair does not stay above 0.91 despite the almost collapsed banking system or Brexit. And this rule worked this time, as the euro declined against the dollar on Thursday.

The dynamics of Asian and Oceanian currencies also form the ground for optimism. The renminbi against the dollar rose on Thursday to 7.16 – close to multi-year highs (7.20), reached amid trade wars with the US. However, today in the morning, USDCNH dropped to 7.07 – to more normal levels. The situation with the sharp global slowdown of the world economy is hazardous for China. It promises to suppress the economic growth rate this year severely. On the other hand, the yuan’s retreat from extremums creates hopes that dollar thirst has been quenched, or at least it has gone down. 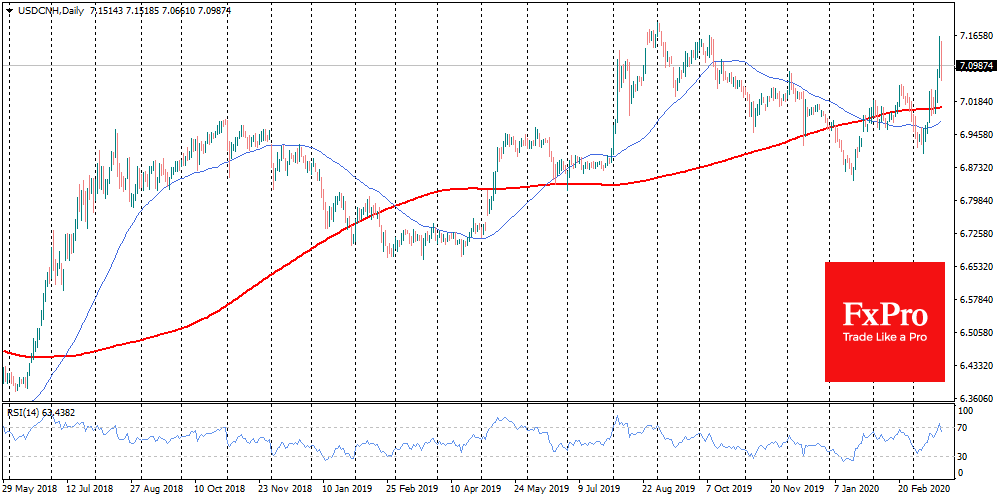 Hopes for a reversal of sentiment can also be seen in the dynamics of USDCAD. The pair soared to 1.4667 at the beginning of the day on Thursday but has now slid back to 1.4220 by now (-3%). At the same levels in 2016, the pair stopped its growth, declining by 15% in the following three months. 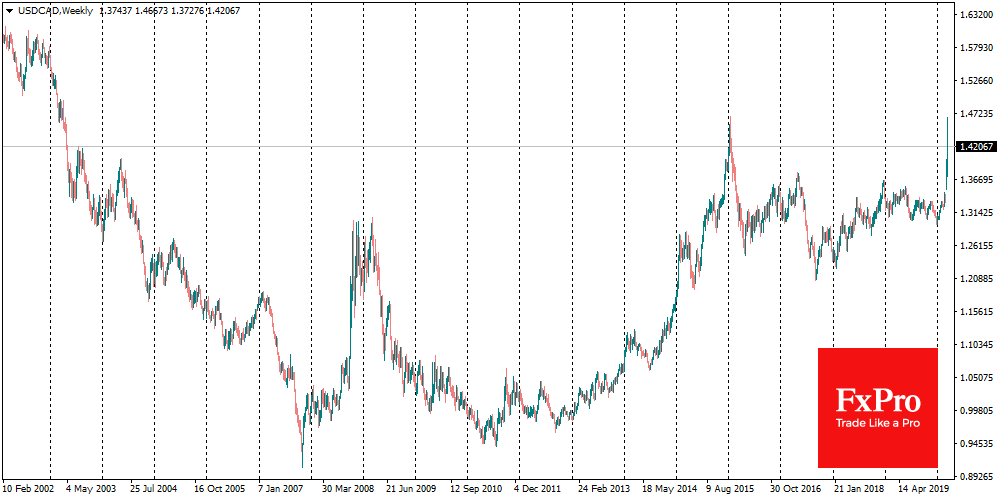 Short term markets behave as if now is the time to buy the bottom, and then the situation will go on the mend. However, these actions are based on the assumption that all the market laws that were before are still in force. Is this true? Unlikely. Today, and perhaps in the next few days, we can see the markets recover. But then we should seriously question whether the world is the same, and if not, what has changed in it. At first glance, there seems to be a change in investor attitudes towards the value of money, which may have a long-term impact on the dynamics of all markets.