Home › Daily Outlook › From trade wars to currency wars? The sharp yuan weakening as a response to the US tariffs increase

From trade wars to currency wars? The sharp yuan weakening as a response to the US tariffs increase

Market focus At the beginning of the week, risky assets were again under pressure. Last Friday, the United States raised tariffs on $200B worth of Chinese goods and warned that without a trade deal within a month, the remaining imports (about $300 billion) would also be taxed at 25%. China promises retaliatory measures, although it cannot provide a symmetrical response to the US since it buys several times less. 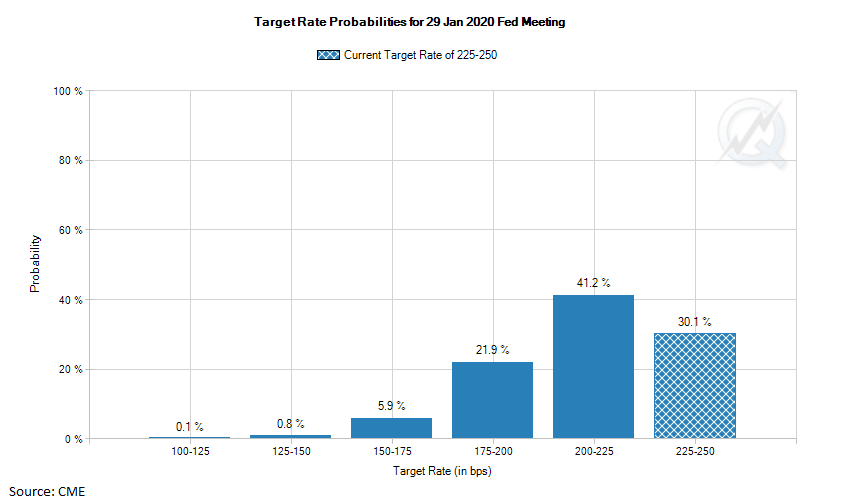 Among the important risk indicators in the markets, it is worth noting that AUDUSD and USDJPY remain below 0.70 and 110, respectively, USDCHF drops the third trading session in a row. According to the CME FedWatch tool, the chances of rates cut by the beginning of next year increased from 47% to 70% in a week. On the other hand, the VIX is falling, which is unusual amid falling stock indices.

Stocks Key stock indexes lose about 1% at the start of trading on Monday. Futures on the S&P 500 from last Thursday receive support in a decline below 2850, but due to bad news, the index cannot develop a rebound. Nevertheless, one should be wary of both trade disputes toughening and the recent reversal of the VIX. In the past 2 years, the VIX rebound from local minimums has repeatedly stood at the origins of serious market corrections. As for the technical analysis, it’s positive that the S&P 500 closed the week above the 50-day average. But this morning futures are trading below this mark.

EURUSD The euro remains near 1.1200, re-unfolding to decline on Friday after touching the 50-day moving average at 1.1250. Apparently, market participants are still trying to keep the pair within the downtrend that has emerged in 2019, and as it approaches the upper boundary of the range, the pressure increases. 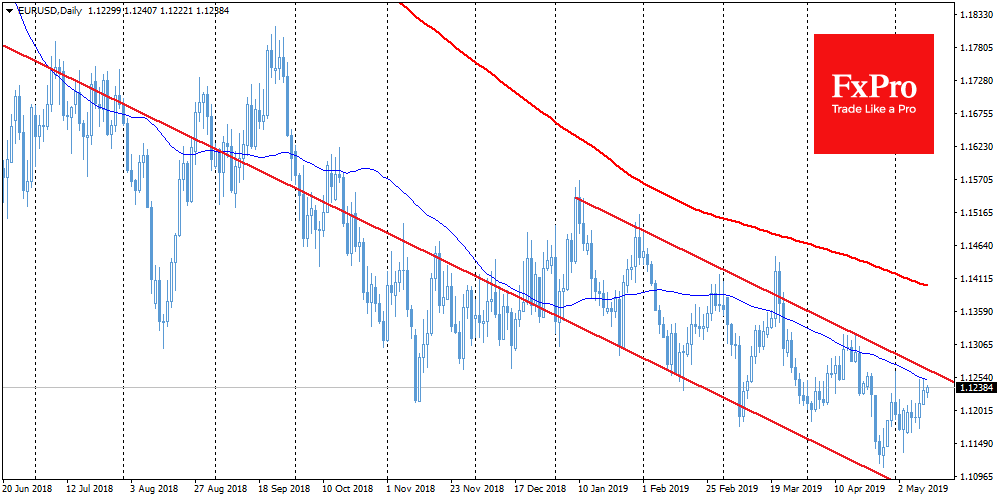 GBPUSD The British pound is trading near 1.30. At the end of last week, the pair received support in the downturn to 1.30 – an important signal level. However, the pressure on the pair is increasing due to the continuing inability of UK politicians to agree on the terms of Brexit and the general bias towards risky assets in the markets. GBPUSD is a risk-sensitive currency pair, which tends to decline in the wake of global stock indexes. 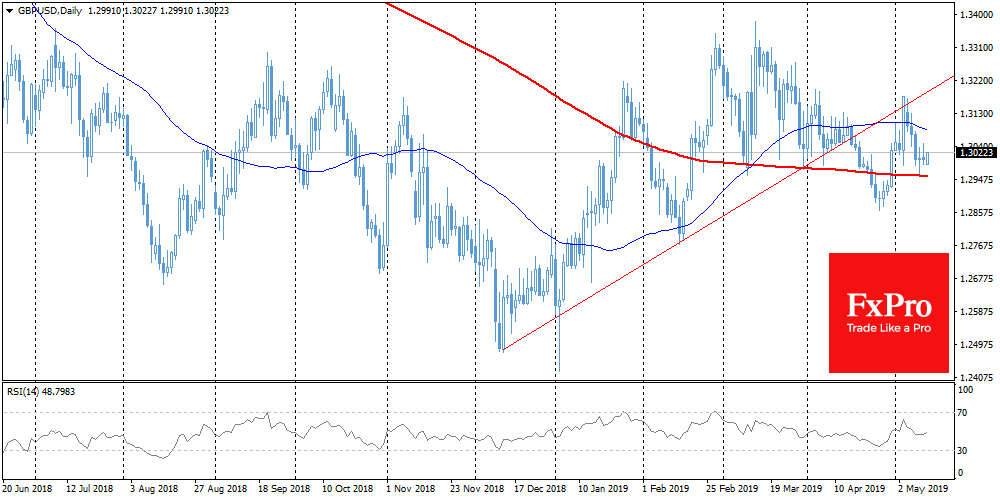 USDCNH Even today, USDCNH jumped to 6.90, to the area of the highs since the end of last year. The currency pair exceeded this level in October-November until Ji and Trump announced a trade truce. The dynamics of the yuan against the dollar risks becoming a political tool in the confrontation of powers, and trade wars can grow to full-scale currency wars. And if the US government has limited pressure on the dollar, then the Chinese government has much more leverage. 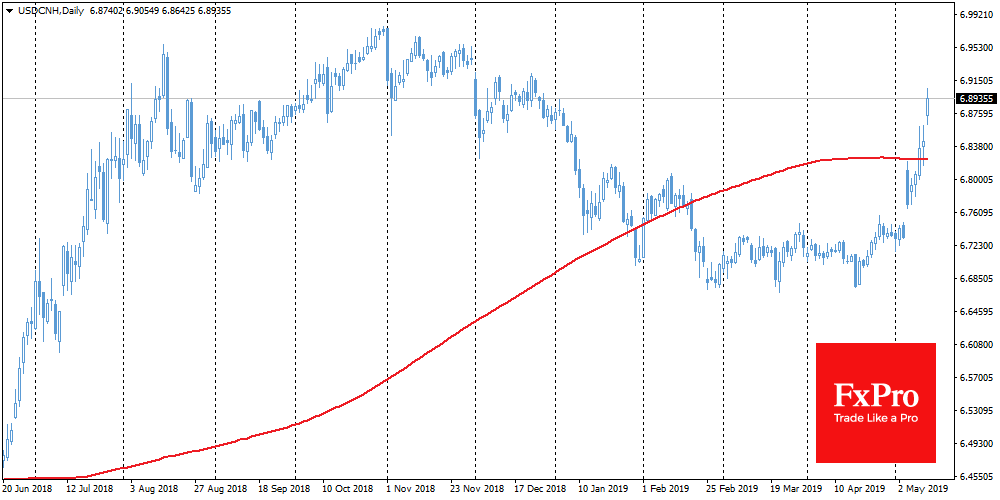