OPEC+ has agreed to reduce production by 10M BPD, and another 5M will be from countries outside this expanded list. This is an unprecedented cut in terms of both depth and width. However, the agreement is conditional: the reduction will take place from May to June and quotas will continue to increase gradually from the initial -23% to -14% by the end of the year. Mexico refused the proposed conditions (negotiations with the country will continue).

The oil market reacted negatively to the announced measures, returning Brent prices to this week lows near $32.50 against a peak of $37.00 on Thursday. Negotiations in a slightly different format will continue on Friday, which promises a restless start of the next trading week. 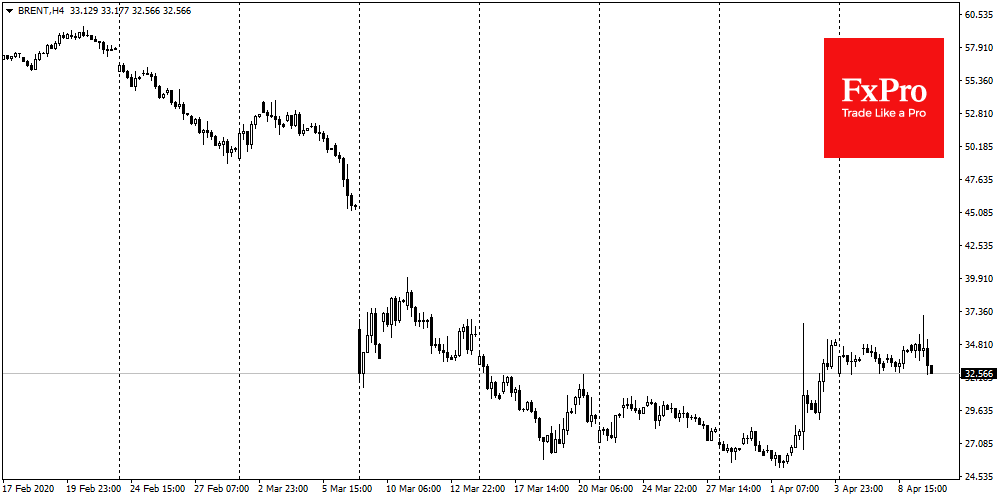 Despite the difficulties and conditional agreement, we can speak about the return of Russia and Saudi Arabia from price wars to negotiations and coordination. This suggests that the uncontrolled price collapse seen in March is a thing of the past.

Politicians have managed to present some more surprises to the markets. The EU has agreed on a 560 billion euro aid package. This does not look like the final price to fight the current crisis, but it is a good starting point. As with the coordination of production, what matters now is the ability of politicians to maintain close contact during a period of increased social distancing. 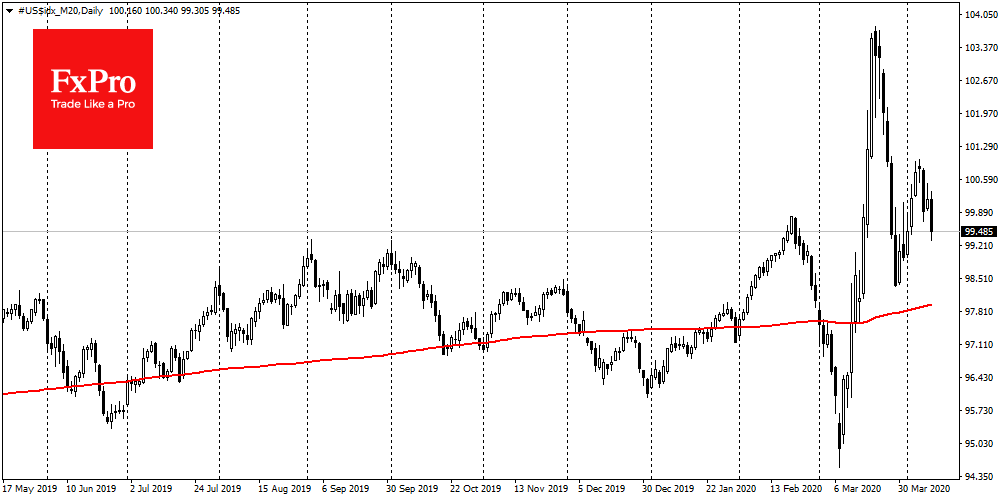 However, the real info bomb is the announcement of new measures from the Fed. The US central bank has announced a new program under which it can buy back corporate bonds up to BBB-/Baa3. The most important, that the Fed will look at the rating on March 22, i.e. until the recent (and possible future) massive cuts from rating agencies. Due to leverage, the volume of purchases under this program may reach $2.3 trillion.

This is a tectonic shift on the central bank’s side, the consequences of which will affect markets for a long time. The central bank’s balance sheet will now consist not only of government and quasi-state mortgage agencies’ obligations, as it was after 2008, but also of companies’ debts. The Federal Reserve buys back all debts by printing new “dollars” under it. This is good news for financial markets, where a new major end buyer has been identified. But is it good news for the dollar? 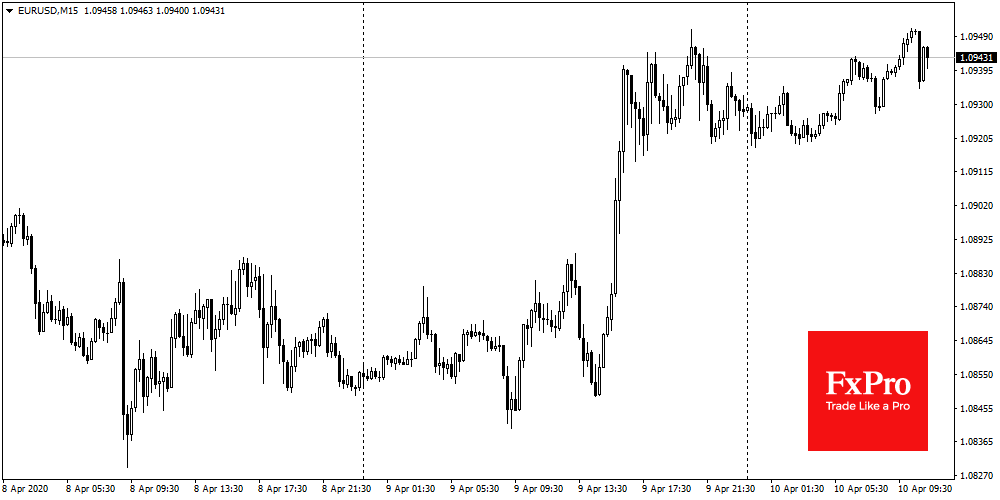 No, the US currency won’t collapse in the coming days. But these policy shifts promise to put pressure on the US currency in the foreseeable future. The dollar index lost 0.8% after news from the Fed. However, in the currency markets on Friday, the dollar weakening continues, returning EURUSD above 1.09. It is essential to understand that the markets have just begun to assess the consequences of these changes.