Euro and Pound possible turn to the uptrend

Market focus
The Chinese government announced a softening of financial conditions, which is intended to spur government spending and support economic growth. In addition, market participants continue to price in the Fed monetary policy easing this year. As it was at the end of last year, as well as in 2015, monetary easing in developed countries, as well as the stimulus in developing countries are returning the demand for risky assets, turning markets to growth and fuelling the growth of prices on commodity markets. At the same time, the experience of the financial crisis of 2007/2008 does not allow us to forget that such a policy does not solve problems, but only creates bubbles in the financial system, forming the so-called steroid growth of markets.

Stocks
As the FxPro Analyst Team said, Chinese indices are growing significantly this morning, reflecting a softening of financial conditions, which can spur government spending and support economic growth. In addition, there is a demand for stocks in the US markets in anticipation of lowering the Fed’s rates next week. The SPX index rose to 2900, from the beginning of the month the growth reached 5.9% offsetting more than 70% of May’s decline. Such a sharp switch from fear to optimism looks unsustainable, but at the moment it is difficult to find obstacles to growth. An inflation spike in CPI, PPI releases over the next two days can dramatically reduce the chances of softening. 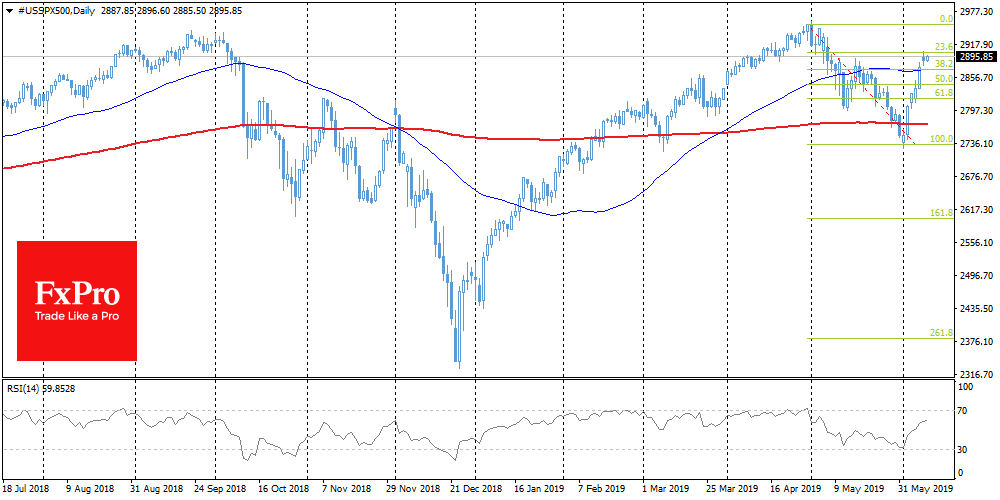 EURUSD
During Monday, the single currency received support in a downturn below 1.13000. At the time of writing, the pair continues to attract cautious consumer demand, raising it to 1.1320. An interesting fact is that the dollar is rising slightly against the other most popular currencies. The euro is supported by the limited ECB’s policy easing possibilities. 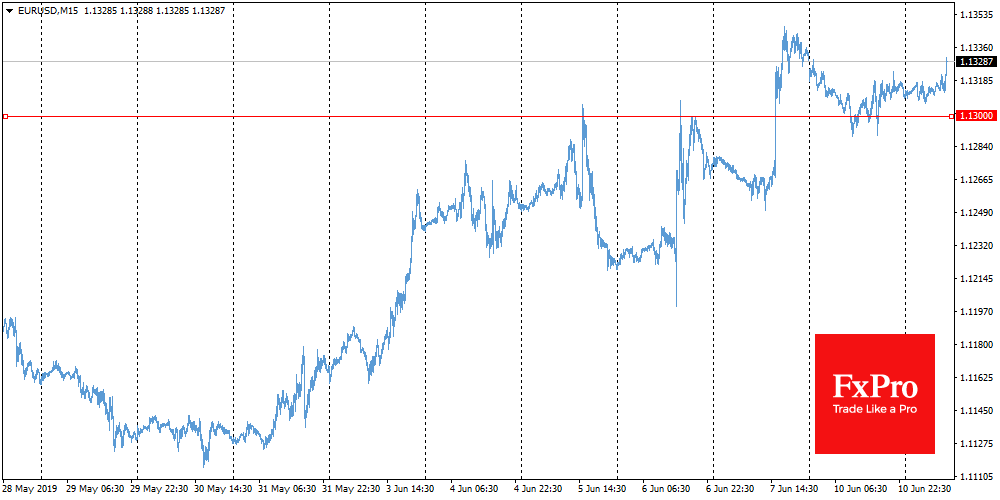 Gold
Gold declined to Monday’s lows around 1325. The recovery in demand for stocks is playing against gold at the moment. Fundamentally, gold sentiment may U-turn with a new wave of fears in financial markets, as well as with increasing inflationary pressure. In the first case, investors choose gold as a safe haven. In the second, to protect capital from inflation, which is caused by the excessive softness of central banks. 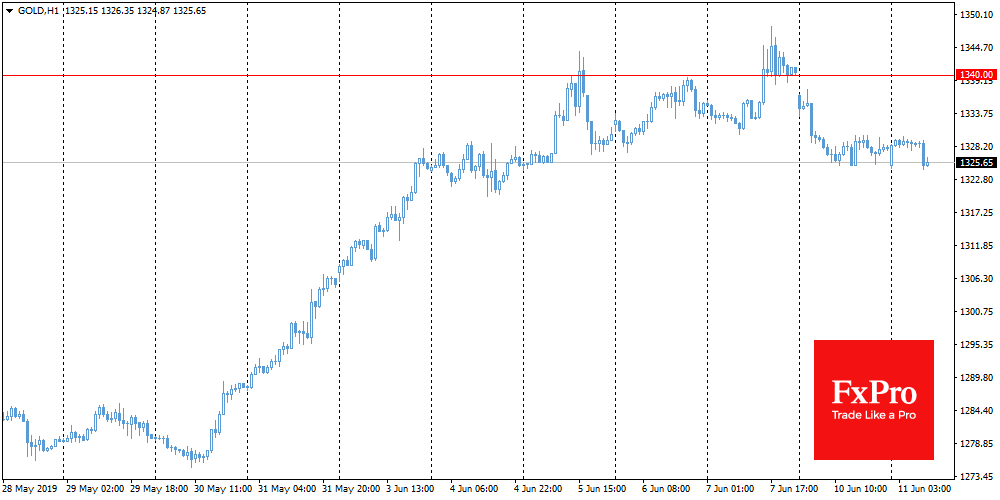 Chart of the day: GBPUSD
On Monday, the British pound was again under pressure due to the uncertainty around Brexit. One of the candidates for the post of British Prime Minister Harper said the day before that he wants a new deal to leave the EU, which washed away 0.6% from GBPUSD, the pair dropped at some point to 1.2650. In the morning GBPUSD is trading near 1.2680. It is worth noting that the pound fluctuated below 1.2550 (0.8% below current levels) only during periods of extreme fears around disorderly Brexit. Without the frightening news from this front, current levels are regarded as an opportunity to buy an extremely oversold pound. 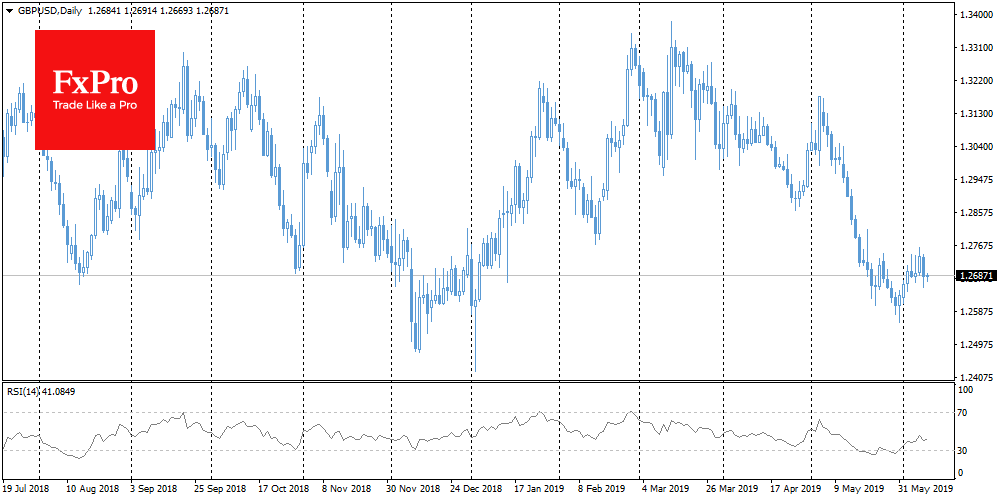