The dollar index rose to a 5-month highs area after disappointing PMI reports on Eurozone. EURUSD is eyeing key support at 1.1200. GBPUSD fell below 1.30 and tries to stay above its MA(200). Severities for AUDUSD’s trend for growth.

Dollar The dollar index jumped to an area of highs since November last year amid a sale of European currencies. Since November last year, the dollar has been experiencing difficulties with growth above 97.00 on USDX, both due to the general demand for risky assets in global markets and due to softening of the Fed’s position. At the same time, rollbacks from the area of the local maximums in the index became less and less deep, which can be considered as a precursor of readiness of dollar bulls to break through the upper limit of the range. If their attempts succeed, the buyers’ next targets may be levels near 100. 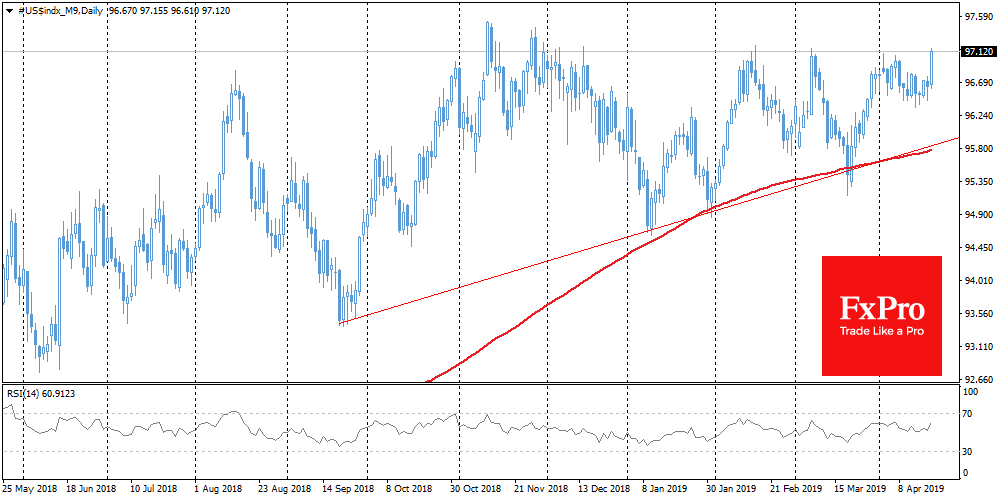 EURUSD Many financial markets are closed on Friday due to the Catholic Easter, but the foreign exchange market is open. EURUSD received a powerful blow on Thursday after disappointing data on business activity in the Eurozone, dropping to 1.1230. On Friday morning, the pair is sluggishly recovering, rising to the area of 1.1250. The technical analysis shows that EURUSD failed to consolidate above the important 50-day moving average, returning it to the downward channel. This may be a signal of pressure on the pair, at least in the coming days, when the news background will be very insignificant. Support at 1.1200 in the coming days may be key for the subsequent dynamics of the pair. 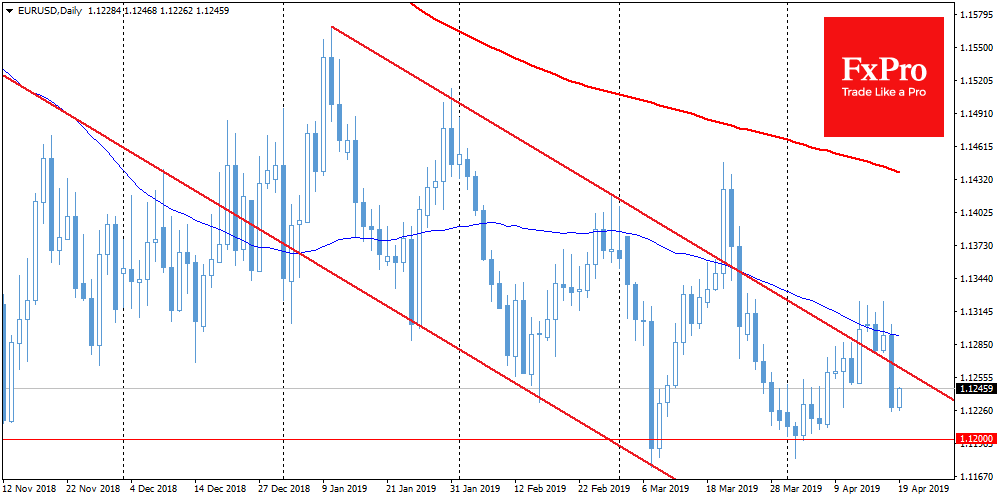 GBPUSD EUR and GBP declined against the dollar. Despite very strong retail sales, GBPUSD fell below 1.30. As in the past two months, the pair received support in the downturn to the 200-day moving average. Markets are still expecting a rise in Bank of England rates in contrast to the softening of the Fed and the ECB’s rhetoric. As a result, the markets still adhere to the tactics of buying on the downturns, despite the uncertainty regarding Brexit. 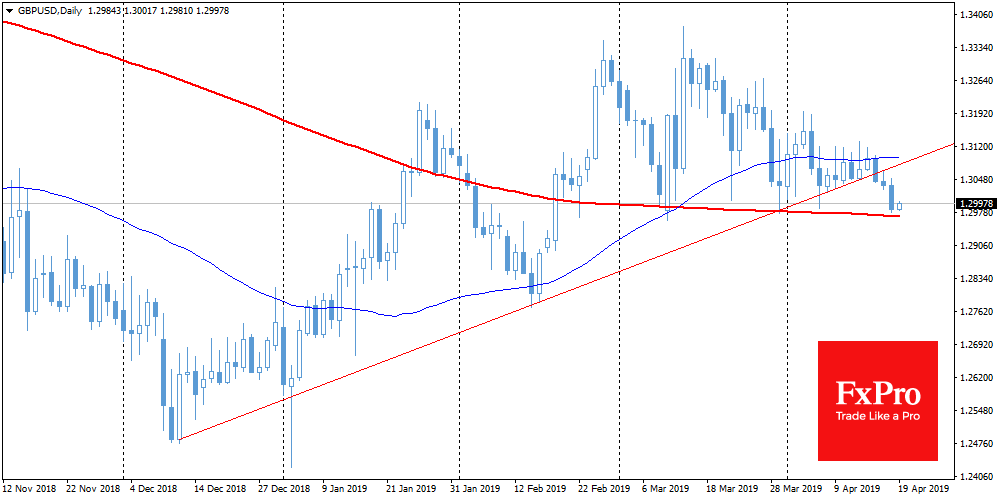 AUDUSD The Australian dollar failed to continue its growth on Thursday, despite very healthy labour market indicators. AUDUSD, having failed to break above 0.7200 after strong data, dropped by 1% by the end of the day to 0.7140. The medium-term picture shows that the one-and-a-half-month growth trend of the pair came across strong resistance on the approach to MA (200). A rise above 0.7200 or a fall below 0.7100 will make it possible to talk about the development of the dynamic in the direction of the breakdown. 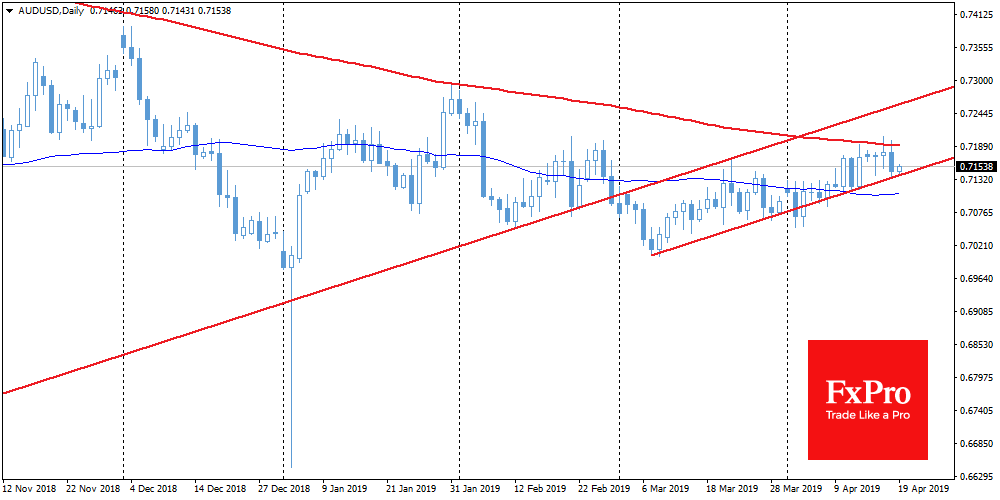