Dollar may turn to growth as markets overdid Fed expectations

The markets start the new week on a relatively calm note. Investors support stocks after promises of coordinated support measures from governments and central banks. In the money markets, investors have already priced in very ambitious expectations from central banks. This reassessment of expectations last week was a key driver of the currency market. In our opinion, the markets went too far in their fears, which again creates favourable conditions for dollar growth. At least, within the bounce for the coming days.

During slightly more than a week of a market correction, the dollar index lost 2%, returning closer to the middle of last year’s trading range after reaching 3-year highs on February 20. The transition from dollars to less yielding currencies occurred along with a sharp review of expectations for the Fed’s monetary policy. At the moment, futures on the rate indicate a 100% probability of cut by 50 points already in March and 80% probability of another cut in April. 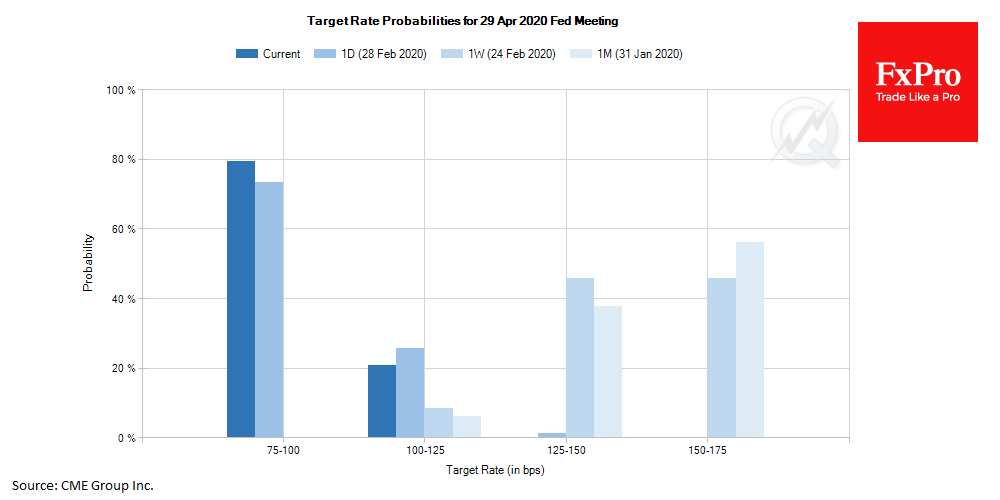 As of February 20, the markets were giving almost equal chances to keep the rate at the current level (1.50%-1.75%) or one cut (1.25%-1.50%). Earlier last week, we wrote that the dollar declined against the euro and the yen on growing expectations of active policy easing steps from the Fed compared to the ECB or Bank of Japan.

The move away from dollars followed after a sharp drop in the yield of US government bonds, which decreased the difference in their yield with German and Japanese securities. However, the markets, in our opinion, overdid it at the end of last week. 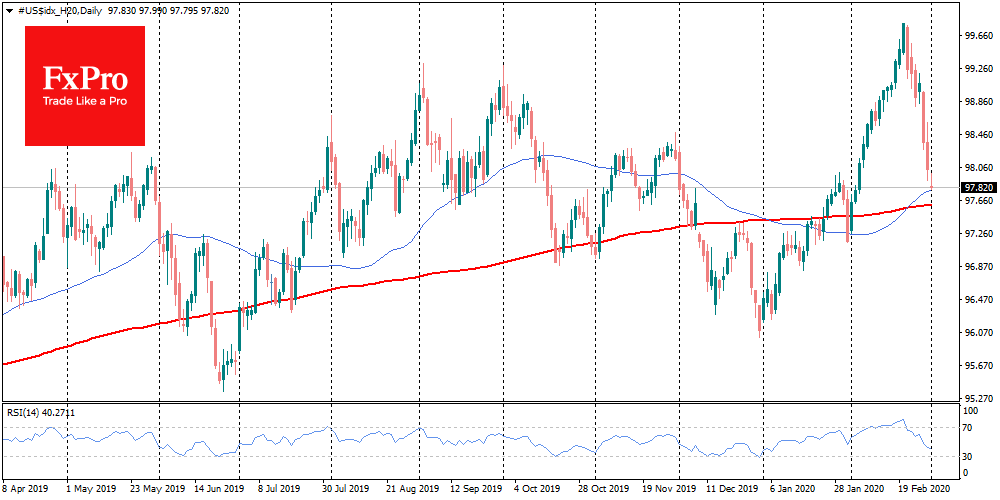 Often the full effect of the rate changes in the economy is visible after 6-9 months. With this in mind, sharp cuts are only possible with forecasts of a long and intense cooling of the economic activity. Nowadays, the majority of the market participants are inclined to think that the effect will be short-term, though sharp.

It is more likely that market support measures will be more focused on short-term liquidity injection, and interest rate cuts will be less decisive, as they can not support economic growth directly. However, it is not possible to return markets to increase during the shock and panic period.

There is another point. Coronavirus is now affecting Europe and Japan the most. This is due to both the higher number of people getting sick and closer ties with Chinese manufacturing companies. It would be logical for the Bank of Japan and the ECB to stimulate the economy more actively than for the Fed. 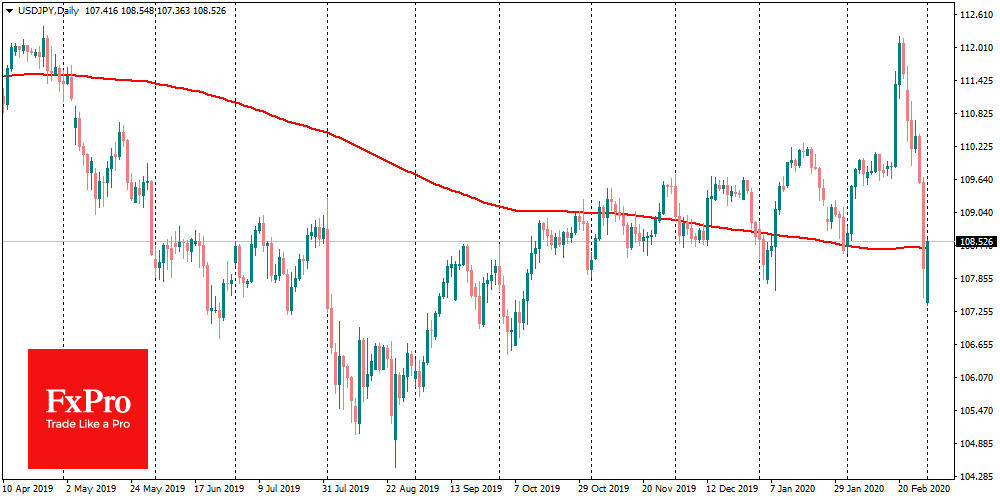 Bank of Japan announced this morning that it would take necessary steps to stabilize markets. This announcement strengthened expectations of coordinated action from major central banks and governments. For the currency market, it could be a turning point. Last week traders were too aggressive on the Fed’s rate cuts, much more aggressive than ECB and BoJ.

Likely, in the coming days, such a revaluation of expectations will also put pressure on long-term interest rates of Eurozone and Japanese government bonds. For the US, on the contrary, we can hear assurances that the Fed is unlikely to meet the markets’ latest expectations. 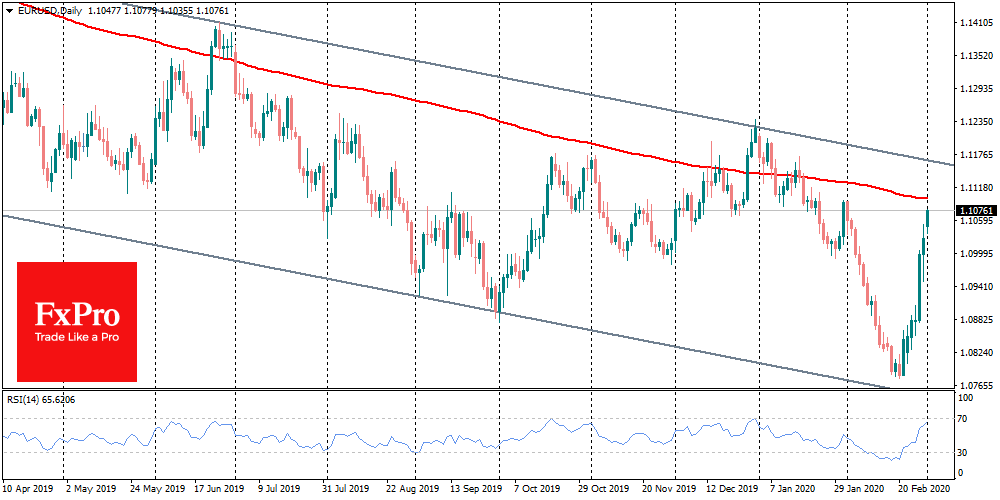 This means that the currency market pendulum has a high chance to swing back to the dollar side and increase pressure on the euro and yen.

On Monday morning in the thin market EURUSD was rising to 1.1070, having stabilized at 1.1050. The USDJPY at the very start of trading declined to 107 but managed to reverse to 108.30 by the beginning of trading in Europe, mainly after Kuroda’s words. In our opinion, this is just the beginning of the rebound, which may last for several days.