Aussie recovery and suspicious weakening of the franc

The world markets started trading session on Tuesday with a dive into the red zone. However, they managed to return to growth in the wake of news about the spread of coronavirus. Growth in the number of cases on April 27 was the lowest in more than a month. Besides, the number of recoveries is increasing, and the number of patients in critical condition is falling. Australia, which has avoided a significant spread of the disease and many deaths, is beginning to ease restrictions for businesses.

This news spurred demand for risk assets and helped the Australian currency to rise to a 6-week high, recovering three-quarters of its decline from the peak levels of March. 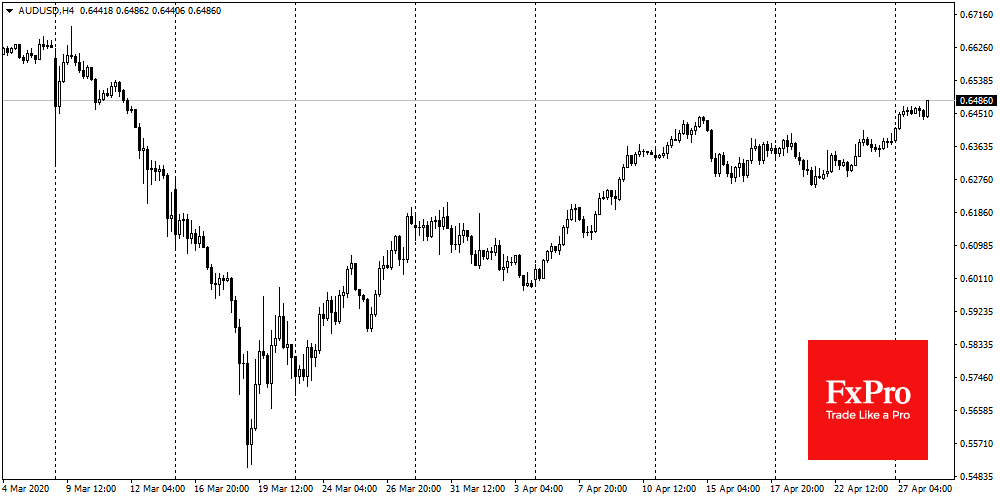 The positive dynamics of the Australian currency may be a manifestation of a broader business recovery process in the Asia-Pacific region, which was the first to suffer from the new coronavirus. Also, in 2008 AUDUSD reversed towards growth shortly before the beginning of a broader markets reversal. Then the driver for the Australian dollar was an extensive stimulus program in China. Now there are many smaller programs, but they are supported by softening of credit conditions from the People’s Bank of China. So the experience of 2009 may well apply to the current situation, making AUDUSD an indicator.

Elsewhere there is an interesting turn in the European currency market. EURCHF in the previous two weeks found its “bottom” near 1.05. Considering the nature of the movement, it was managed by the Swiss National Bank. SNB may use ceiling for EURCHF in attempt to stop the strengthening of the franc above 5-year highs against the euro. Earlier, on March 9 the USDCHF also turned sharply up from the lower bound of its 5-year trading range. 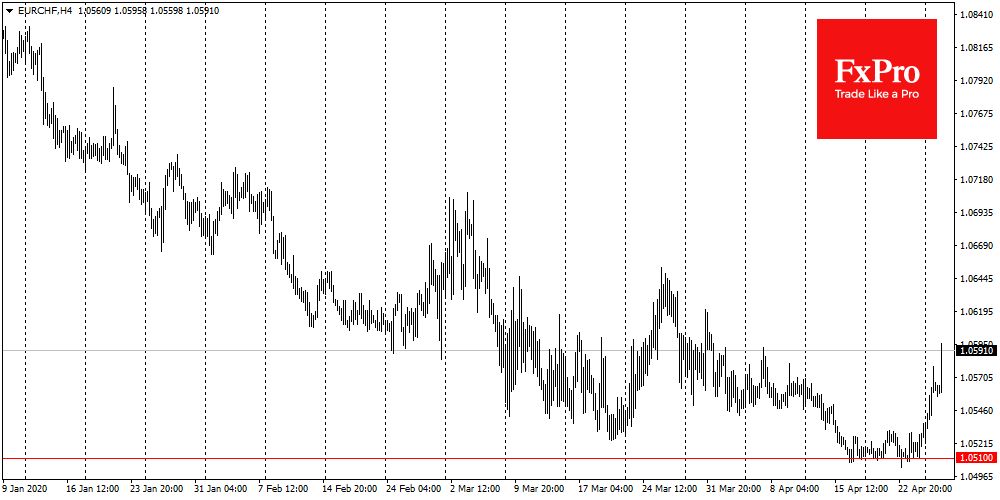 EURCHF rose yesterday by 0.8% as speculators may act on the SNB side selling the franc along with the markets. However, with tightening credit conditions on the markets, a fundamental stream may push EURCHF down again, forcing the central bank of a small country to protect its economy from an excessive strengthening of the franc.

It is interesting to know how many monetary authorities of other countries will perceive direct interventions at a time when everyone would like to push the competitiveness of their exports through currency depreciation. 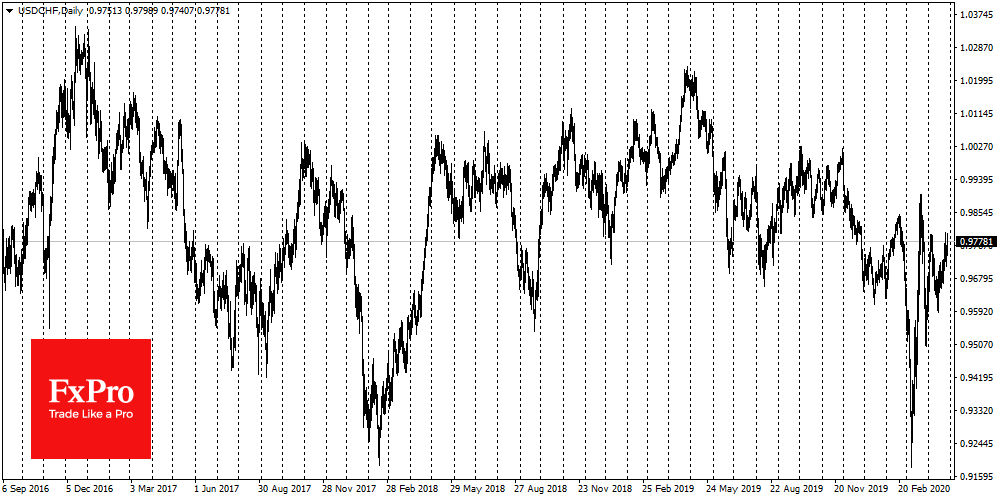