Home › Crypto Review › Bit-comment: Another day with 7% drop for Bitcoin

Bit-comment: Another day with 7% drop for Bitcoin 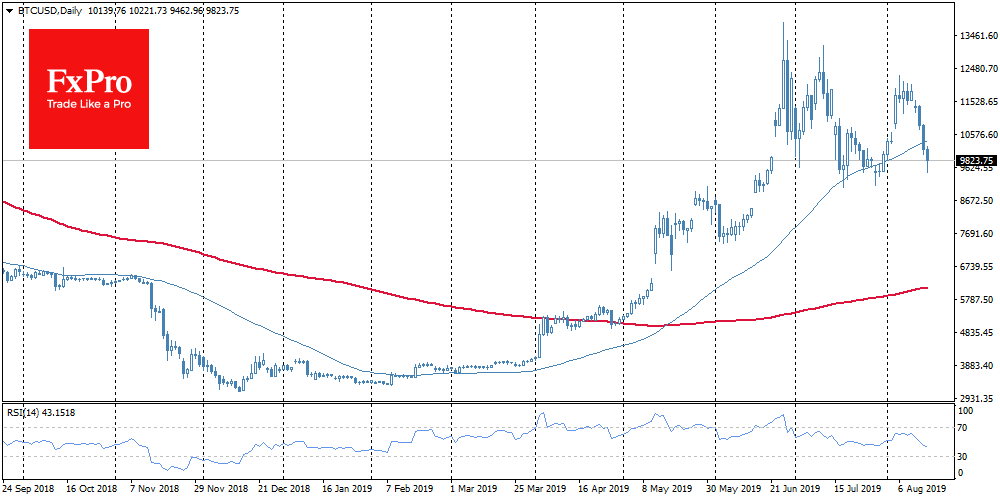 Bitcoin lost more than 7% in a day and trades around $9,800. Many alternative cryptocurrencies, including XRP, ZEC, are traded near lows that were witnessed at the peak of “crypto winter”. At the same time, the total capitalization of the market dropped by $24 billion. The theory of correlation between Bitcoin and the stock market, in this case, failed, as the stocks showed a sharp decline on Wednesday evening, which was not followed by an increase in purchases of Bitcoin.

A breakthrough of the important round mark 10000 increased psychological pressure on investors’ sentiment. Market participants understand that the value of the asset is increasingly influenced by large capital. If regulators approve new instruments for institutional investors, the price fluctuations of Bitcoin and the entire market will be even more dependent on the actions of Wall Street “sharks”.