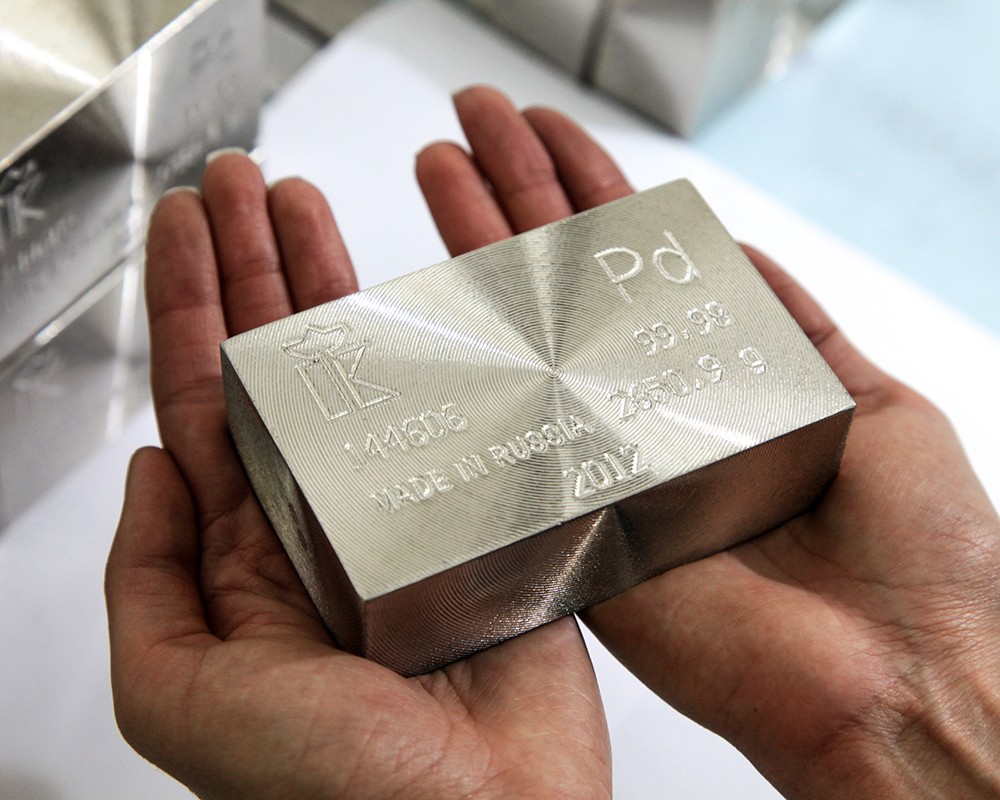 Palladium recently reversed up from the round support level 2000.00 (which is the lower border of the sideways price range inside which the price has been moving from August).

The support level 2000.00 was father strengthened by the lower daily Bollinger Band and by the 61.8% Fibonacci correction of the upward impulse from June.

Palladium can be expected to rise further toward the next resistance level 2150.00 (middle of this price range).