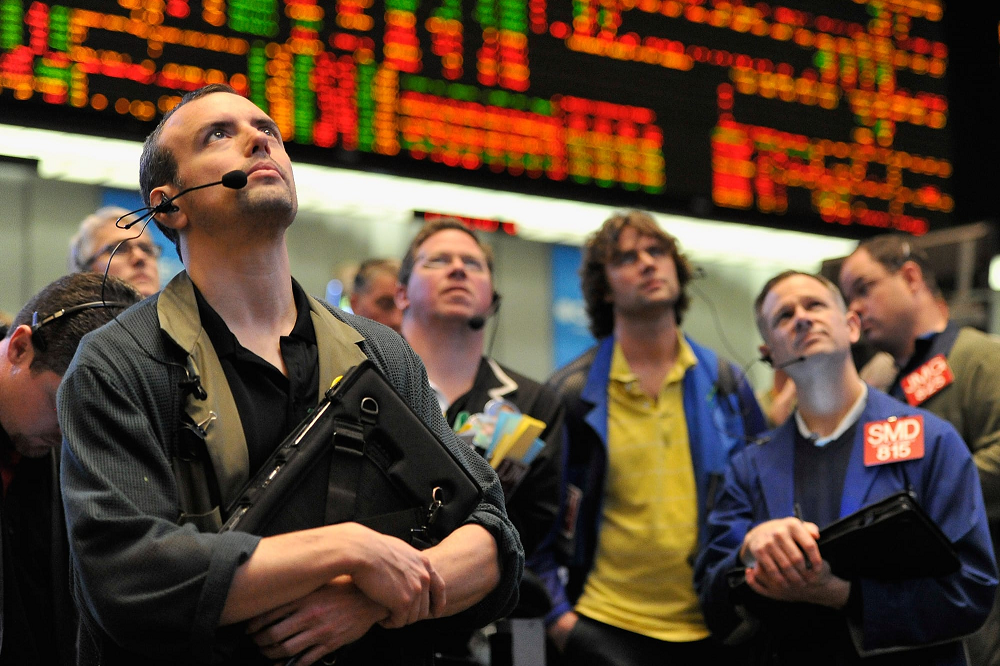 GER50 index recently reversed up from the support zone located between the key support level 32120.00 (which stopped wave (C) in January) and the lower daily Bollinger Band.

The upward reversal from this support zone created the daily Hammer reversal signal – which stopped the previous medium-term ABC correction (2).

Given the strength of the aforementioned support zone – GER50 can be expected to rise further toward the next resistance level 34000.00 (top of wave B from the start of February).