Where GBP is heading now?

On Wednesday morning, positive sentiment prevails in the global financial markets, thanks to the progress in the negotiations on Brexit. The British and EU negotiators note that “the split had narrowed significantly” that raises hopes for a deal at the end of this week’s EU summit.

In less than a week, the British pound strengthened by 5% to the dollar and 4.3% against the euro to its highest levels in five months. The UK’s FTSE100 added 0.7% during the same period, and this week it is declining due to the strengthening of the national currency, although it rose in dollar terms by more than 4%. This performance better than the S&P500 growth by 3.5% over the same time. 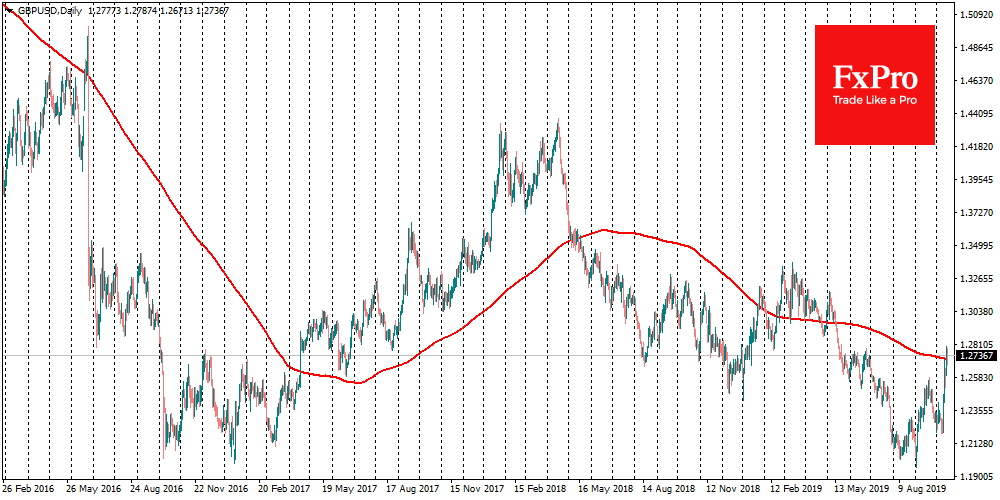 Since last Thursday’s rally, GBPUSD has come a long way from near 1.22 and touched 1.28 last night. At the time of writing, the pound corrected to 1.2750, although the pair remains above the critical 200-day moving average line at 1.2710. It often acts as an essential trend indicator. Fixing the pound above this line at the end of this week will be a necessary signal for the markets to end the devaluation period.

As the FxPro Analyst Team said, the British pound sold out in July, declining below 1.20 in August and September, reflecting the maximum fear around chaotic exit of Britain from the EU. The appearance of significant signs of progress in the Irish border negotiations was a critical factor in the trend reversal.

GBPUSD may quite quickly return to this year highs around 1.32, if the EU and Britain agree deal on an exit on October 31, and the UK Parliament accepts it at the Saturday session.

The strengthening of the pound above its 200-day average in 2017 triggered a prolonged rally by 13% to 1.43. Fundamentally, the British currency in the coming months may get lift by both higher inflation rates and stronger economic indicators due to positive effect by the weakening of the British pound. Without the uncertainty around Brexit, the Bank of England may well be more determined in its fight against inflation. Thus, the lows around 1.20 may well be a bottom for GBPUSD for the foreseeable future.

The EURGBP reached its peak near 0.93 in August, after which it turned sharply down, and now is trading by 7% below its peak levels at 0.8650. As the British and EU deal may have a positive impact not only on the pound but also on the euro, the potential for the weakening of EURGBP is noticeably lower – from 0.85 to 0.8350. Around 0.85, the pair consolidated from March to May, and on the way to 0.8350, it redeemed on the downturns in the period from August 2016 to May 2017, which makes these areas significant attraction points for the markets. 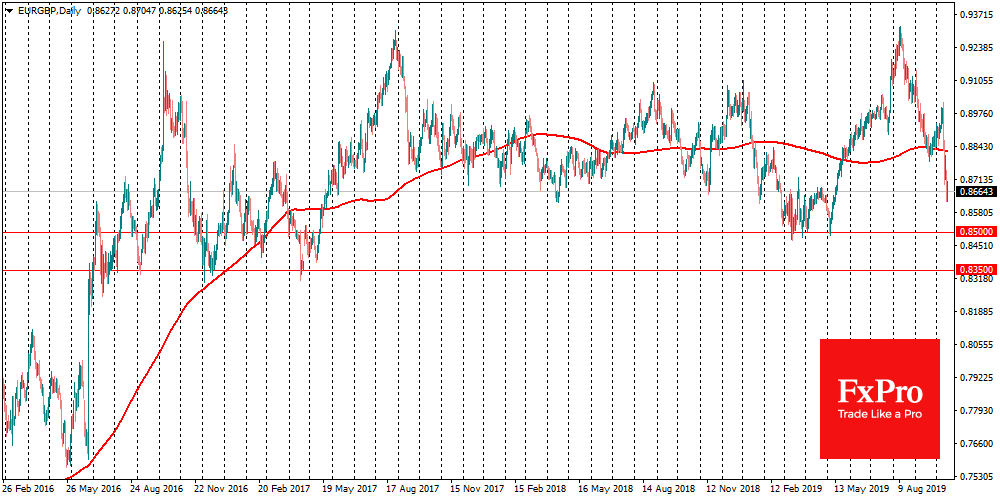