Asian markets are declining on Friday. The cautious mood when the US-China tensions pressed the markets, was intensified by the worries over the weak production data from Korea and Japan.

South Korea’s manufacturing sector lost 1.7% in October, with Japan’s monthly loss of 4.2%. These data should be considered not only as a signal of the weakness of these countries. They are vital exporters of equipment and goods for China and other Asian countries. These are early signs how much the world economy affected by trade disputes and this impact only gaining momentum. 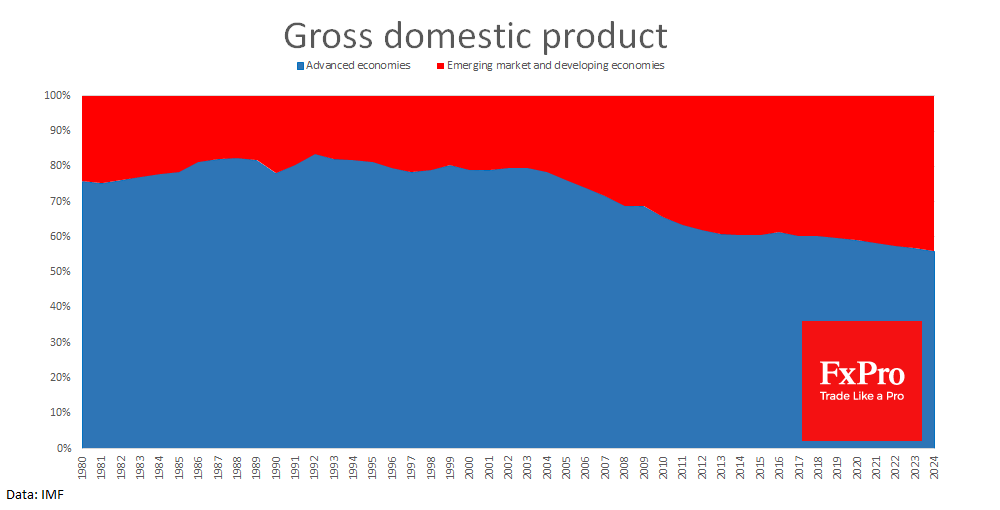 Under these conditions, it is very remarkable to hear ideas that US stands out from the rest of the world with robust data and will gain when all others soften. This decoupling idea is dangerous because it is a repetition of a common 12-years old misconception.

Also worth remembering the Asian crisis of late 1997/98, which led to a sharp cooling some years ago. In more than 20 years, China and other emerging markets have doubled their share of the world economy to 40%. So the difficulties of emerging markets this time could hurt the US and Europe even more.

For traders, this means that they should cautiously consider the today’s 2% decline in Hong Kong’s markets. Futures for American indexes are sluggishly declining for the second day in a row. So we can talk about a trend that demonstrates the growing concern for the prospects of the markets.

This situation is favourable for the dollar, but not because the US may survive unscratched in a global storm. Instead, it is possible to speak about the temporary return of capitals and risky positions cut which were observed both after the Asian crisis 1997/98, and during the Global Financial crisis 2007/08.