The situation around the trade continues to get more complicated. US lawmakers passed two bills in support of protesters in Hong Kong. Markets have taken this information negatively as China is almost sure to saw it as interference in its domestic affairs.

Futures on American indices are lost about 0.2% on Thursday morning. China’s A50 fell by 1% and is close to its lows since the beginning of October. Futures on European indices are also under pressure, showing a decline in the third consecutive trading session. As expected, with such high and rapid growth, the markets were vulnerable to a correction, with just lack of a new portion of good news. Furthermore, people close to the White House note that the signing of the “phase one” may take place next year, as both sides increase their demands. 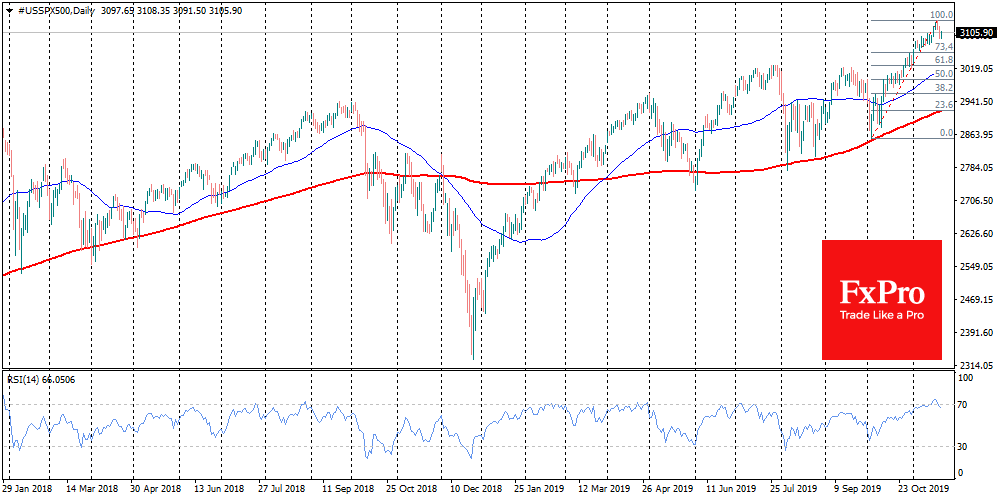 There is planned a new round of tariff increases in mid-December, unless the countries reach an agreement. A more rational approach for the markets now seems to be that the deal will not be concluded, despite the optimistic statements from both sides. As we have noticed many times before, the markets at some point are shifting their attention from promises to real acts, especially when market indices look are overbought.

It won’t be surprising if the observed pullback from the tops is just the beginning of a more prolonged correction to the peaks of July. This pullback may remind the declines of May and late July.

For the currency market, the situation looks more complicated. In May, for example, the dollar was losing its ground at first, and only by the end of the month, it began to grow. In July, it became more evenly. In general, the escalation of trade conflicts increases the demand for protective assets, including the dollar. The same can happen in case of a new wave of conflicts. This does not mean that the strengthening of the American currency will be smooth and unidirectional. Much depends on monetary policy signals. 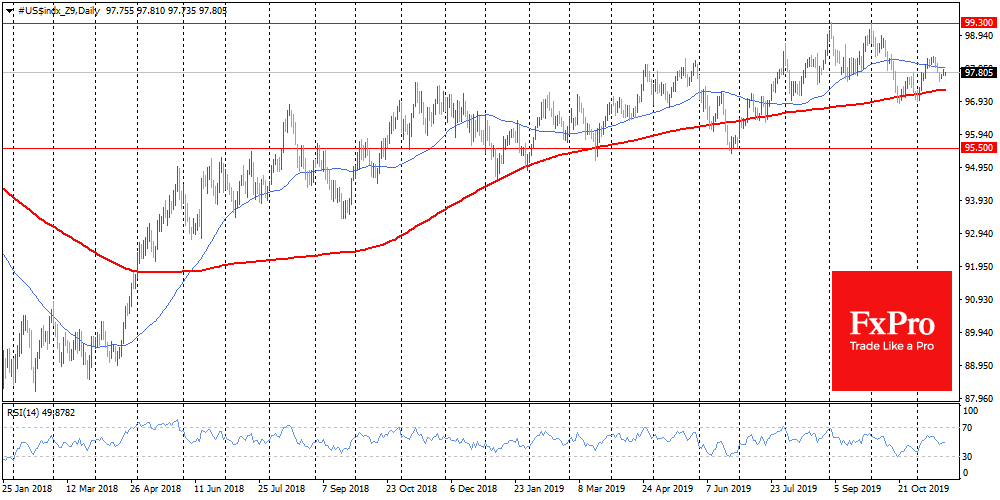 Right now, the Fed convinced markets that it is taking a long pause in rate adjustments, predicting that the current levels will remain unchanged until the end of 2020. If we see the ECB, Bank of Japan or other large central banks willing to strengthen their easing, it may cause increased demand for the dollar. Also, we should not forget that trade conflicts result in a US trade deficit cut, which also supports its positions. It should be understood that other central banks often follow the Fed in their policies.

So in the coming weeks, we can also see more evidence of a global “wait-and-see” approach to rates. This creates a favourable environment for the growth of the dollar in the near term but suggests its difficulties with further growth on the approach to the peak values of September and October. The breakthrough above will require a severe market destabilization and massive flight toward protective assets, which politicians have been able to avoid so far.