US market leading the way and in search of support

Market focus Markets continue to aggressively play off the idea of a speedy US interest rates reduction and a potential easing of other key CB monetary policy. A cautious attitude on the part of the Central Bank provides visible support to stock indices, as well as returns the demand for currencies of developing countries and raw materials. Despite Powell’s concern about the business environment and the weak reporting of some large companies, the US economy continues to produce strong data, calling into question the need for emergency resuscitation of the economy through the lowering of rates until the end of July.

Yesterday, Core CPI surpassed analysts’ expectations due to the annual growth rate of 2.1%, which corresponds to a healthy price rate. As the FxPro analysts mention, in previous years the Fed is actively raising the rate, while the FOMC now seems prepared to cut.

Initial jobless claims have been falling for the third week in a row, returning to the levels near 200K.

Alarms in the US economy are certainly beginning to sound. However, the emergency intervention from the Fed’s side will look like unnecessary care, rather than prescribing much-needed medicine. Therefore, it now runs the risk of overheating of the economy. 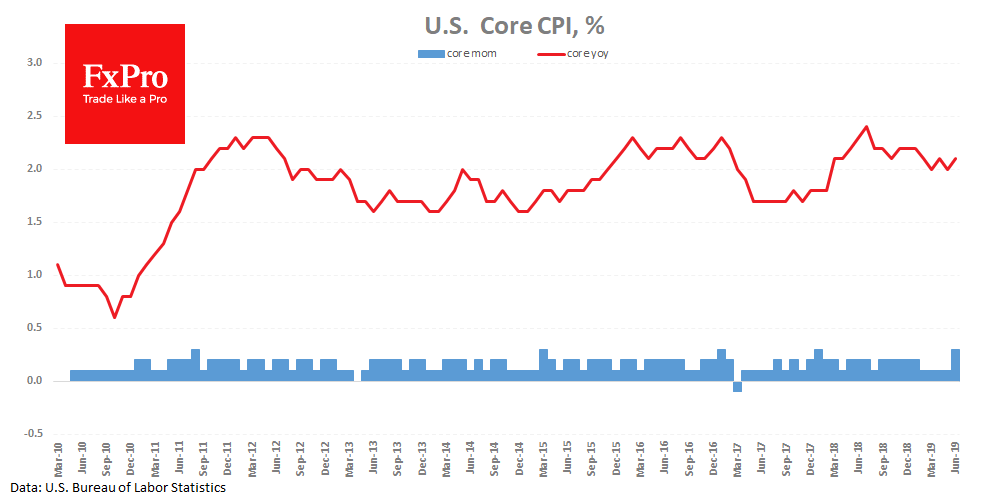 Stocks All three key US indices – Nasdaq, S&P500 and Dow Jones – updated their historical highs yesterday. On the one hand, there are doubts about the stock market’s stability on the trade conflicts and some disappointing corporate reports. On the other hand, this “fragile” market continues to set the records. 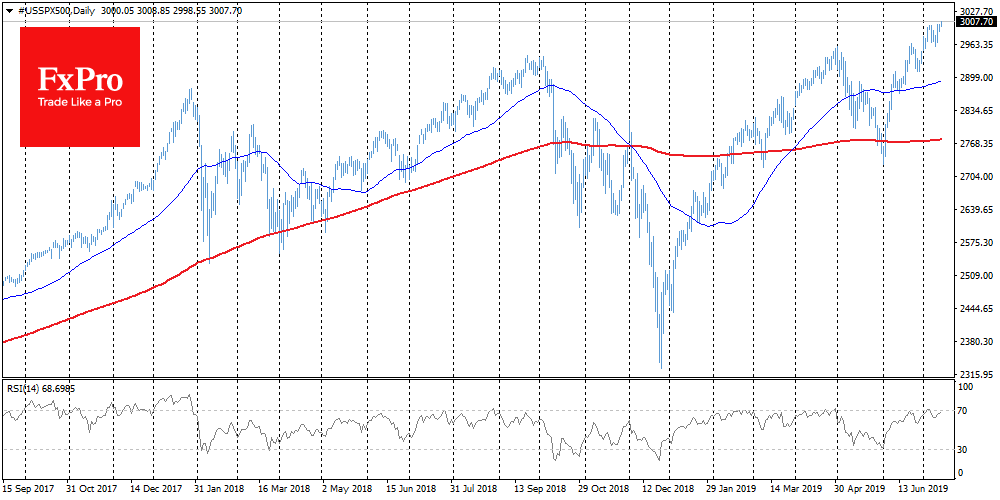 EURUSD The single currency broke in the downward trend (which had lasted since the beginning of the month) and turned to growth. This is due to the lower interest rates on dollar-denominated debt markets. Strong CPI data brought EURUSD down by 40 points from the levels near 1.1280. However, the investors’ positive mood returned the purchases on the pair.

Today it is worth paying attention to the US PPI. Actual data could be a good barometer for future inflation rates. 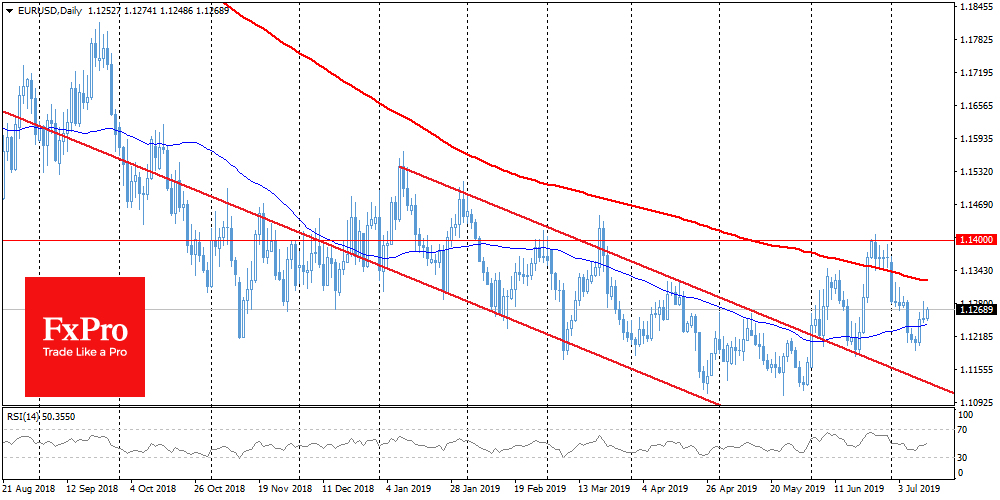 WTI This week Crude oil prices returned above $60 per barrel. Behind the growth is a general demand for risky assets, alongside news of falling stocks market. That is another sign of the normal state of the American economy. From the side of technical analysis, it is worth paying attention to the fact that WTI quickly recovered from the decline, subsequently re-testing the bullish territory. A 20%-increase formally passes through 60.80 against current levels at 60.70. Any movement above may also attract buyers. 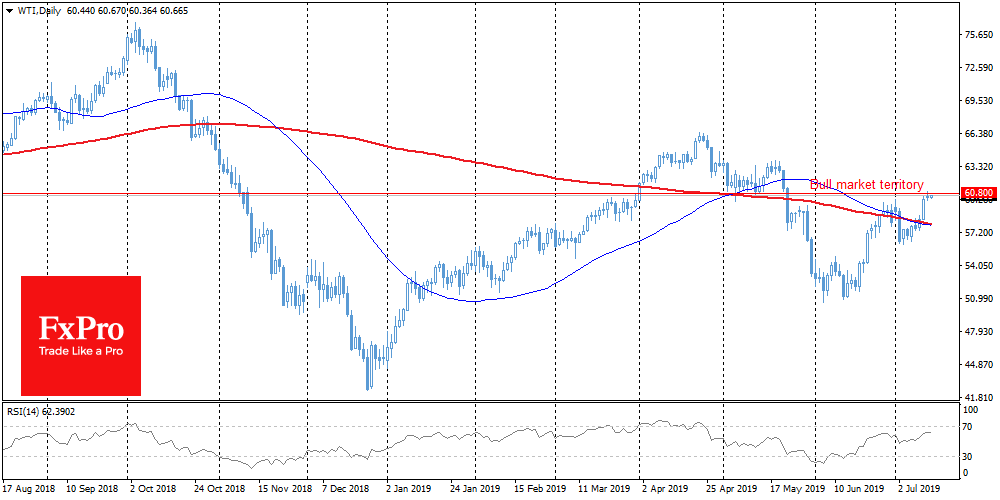