US employment data supported markets and slightly hurt the dollar

The report on the labour market in the US turned out to be very favourable for stock markets and at the same time makes doubts about the further development of the dollar growth. The data published last Friday showed an increase in the number of employed people by 136K, which only slightly fell short of the average market expectations. At the same time, the unemployment rate declined by 0.2 percentage points to 3.5%, to new 50-year low. Markets took Friday’s report as some goldilocks evidence that the US economy continues to can get more stimulus while is far from overheating. 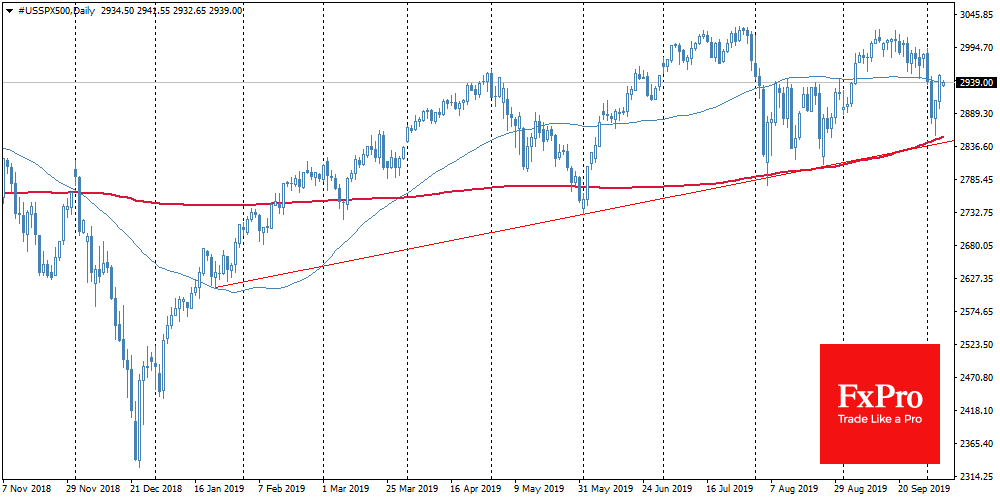 The drop in the unemployment rate to historically low levels reflects more structural demographic changes than the strength of the labour market. This because of the mass retirements of baby-boomers which reduces the share of those who are looking for work.

Also, one should partly blame the demography trends for lower inflationary pressure and slower wage growth. The annual growth rate of the average hourly wage slowed down to 2.9%. Despite the “tight” labour market, employers are in no hurry to compete for workers, raising the salaries of job seekers.

The monthly increase in employment by 136K is noticeably lower than the average monthly job growth by around 200K over the past ten years. This weakness seems as an indication that the US economy is far from overheating, and this opens the door for more “preventing’ Fed cuts.

Thus, the Fed still has the opportunity to continue to adhere to the policy easing course. Fed’s openness to lower rates may become unpleasant news for the dollar. However, it is unlikely that it will be reasonable to talk about a cardinal break in the overall trend of its growth. The softness of the Fed’s policy is copied quite quickly by other central banks. Continued direction for softer policy is good news for stock markets, as it suggests a trend towards a global easing of monetary policy, which is favourable for stock buying. 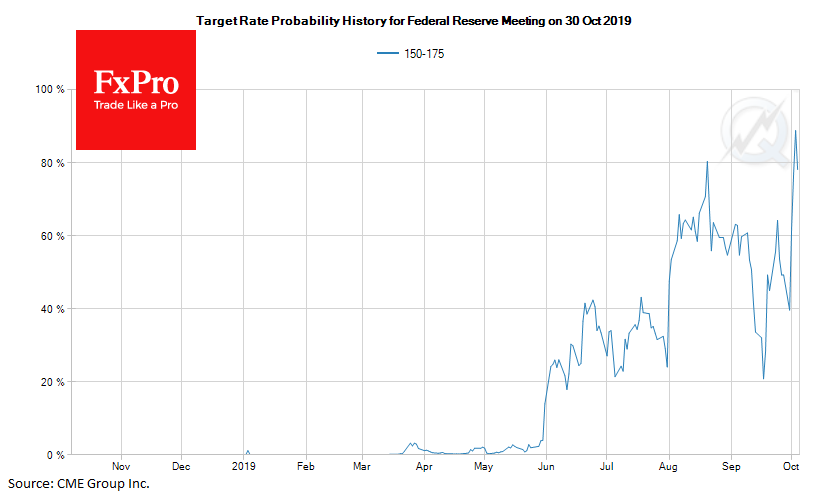 As the FxPro Analyst Team said, the initial adverse reaction of the dollar may well be limited. At the moment the markets are giving 80% chance of Fed rates cut on October 30. The dollar may decline as this probability grows to 100%. In the currency market, such a revaluation may lead to the strengthening of EURUSD in the region above 1.11 – peak levels of September, and the dollar index threatens to roll back by 0.8-1.0% of current levels. It may be a matter of a couple of days.

However, as soon as interest rates cut is priced in, the US currency rate may well return to growth. It may get another impulse for growth inside an upward trend formed last year on the US trade disputes. Trade wars, not the Fed policy, was the main driver for the dollar over the past year and a half. This trade talks may return to the agenda as early as this week on the background of the expected October 10-11 bilateral meeting between the US and China. 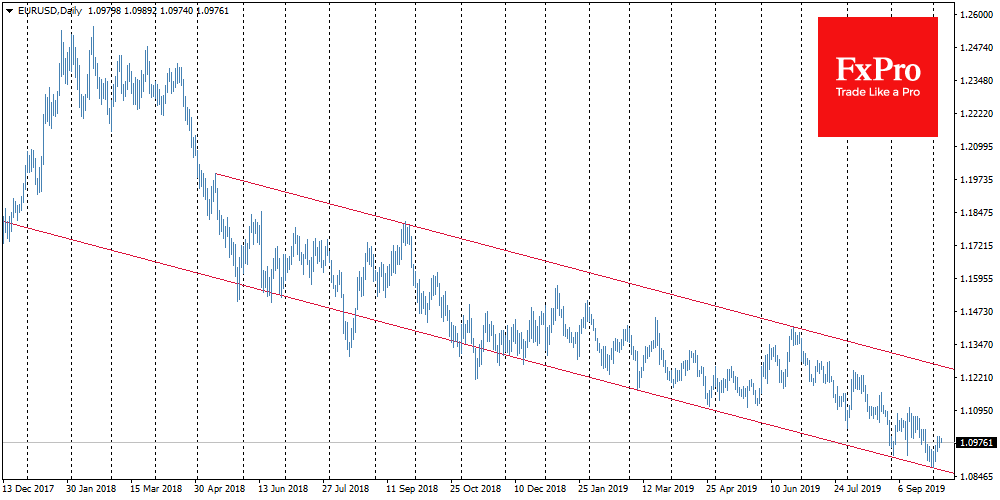