Home › Market Overview › US Crude Oil inventories nears record, although not as fast as expected

US Crude Oil inventories nears record, although not as fast as expected

Crude oil inventories in the US last week grew by 4.6 million barrels, according to a new EIA report. The growth was weaker than expected (8.5 million). Positive for oil was also a further increase in reserves in the country’s strategic petroleum reserve by 1.7 million against 1.15 million a week earlier. Separately, supply fell to 11.9 million barrels per day (-0.2 million to a week earlier), compared with a peak of 13.1 million in mid-March.

All this is positive news for oil, promising an approaching balance in the oil market, but they failed to stop the corrective rollback of oil observed so far today. The current level of reserves (533 million) is close to the historical maximum (535 million), and there are the high chances that this record will not hold. In 2017, oil production in the United States was below 10 million barrels per day, and the economy grew, against the currently observed double-digit decline in energy demand in many industries, as well as multi-million job cuts over the month. 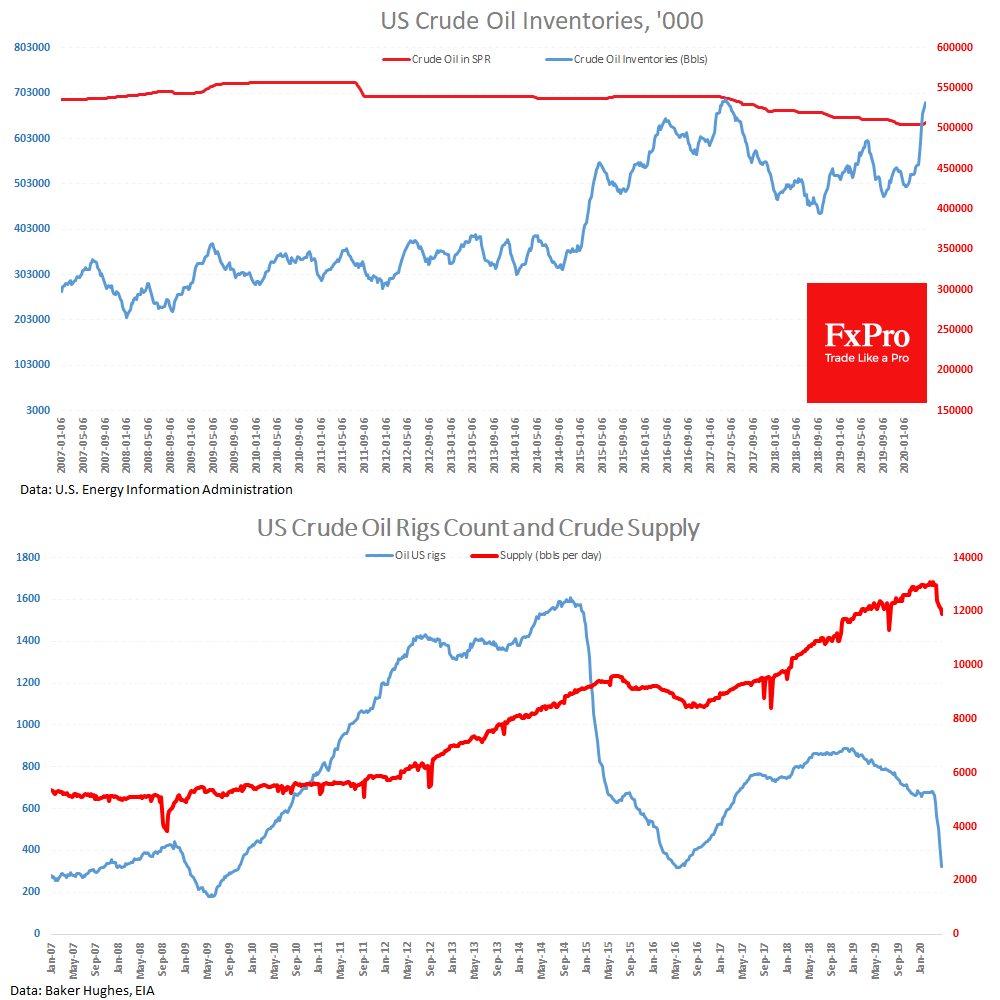