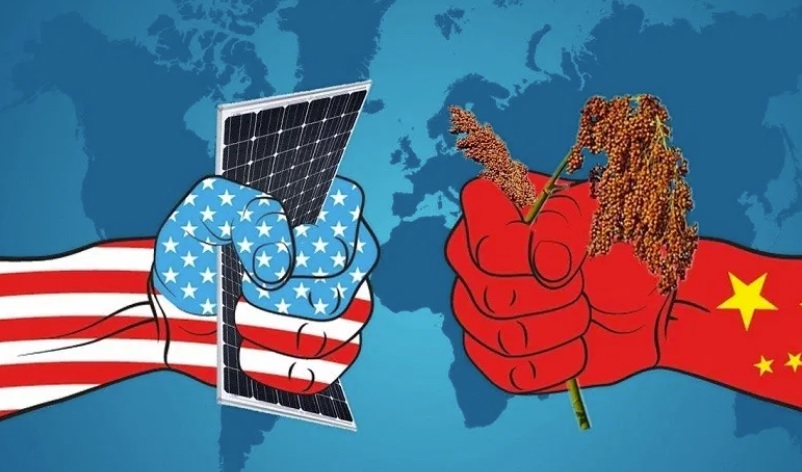 The world’s two largest economies are “already in the early stages” of a second Cold War, according to Niall Ferguson, a senior fellow at the Hoover Institution at Stanford University. Speaking to CNBC’s Steve Sedgwick at the Ambrosetti Forum in Italy on Friday, Ferguson said President Donald Trump was now in a position where he would be unable to prevent lasting damage to U.S.-China relations by de-escalating their protracted trade dispute.

That’s because the long-running trade conflict between Washington and Beijing was “not just about trade,” Ferguson said. Instead, it had become a multi-faceted dispute, concerning technological and geopolitical issues.

“The good news is I don’t think they are destined for a hot war over the South China Sea or anywhere else, but I do think they are in a Cold War.” “And I don’t think President Trump any longer has the power to turn it off by doing a trade deal — which I think he intends to do at some point between now and next year’s election,” Ferguson said.

Washington and China have imposed tariffs on billions of dollars’ worth of one another’s goods since the start of 2018, battering financial markets and souring business and consumer sentiment. On Thursday, both sides agreed to hold high level talks in Washington D.C. in early October. It has raised hopes that the two economic giants might soon be able to make substantial progress in de-escalating their trade war. “The problem for Trump is that, having started this Cold War with a trade war, he’s no longer in a position to simply turn it off when it suits him because the thing has escalated into other domains,” Ferguson said. “I think he has much less control” when it comes to technological issues, Ferguson added.