US began to buy oil in SPR, which helped lift prices

The US commercial crude oil inventories are growing closer to levels last seen in 2017. However, this report took a positive response from the markets, as it noted specific changes. Firstly, the weekly increase in stocks amounted to slightly less than 9 million barrels – at least over the past five weeks, and significantly better than the expected growth of 11.2M. Secondly, an important point was also the purchase of 1.1 million barrels over the past week in the Strategic Petroleum Reserve. These are the first purchases since February 2018. In March 2017, oil sales from reserves began, it ultimately exceeded 60 million barrels. Buybacks to the storage of these volumes can provide significant support to the market in finding a balance between supply and demand.

After the report, oil price increased growth, bringing the strengthening from the beginning of the day to more than 20% on futures and spot contracts. 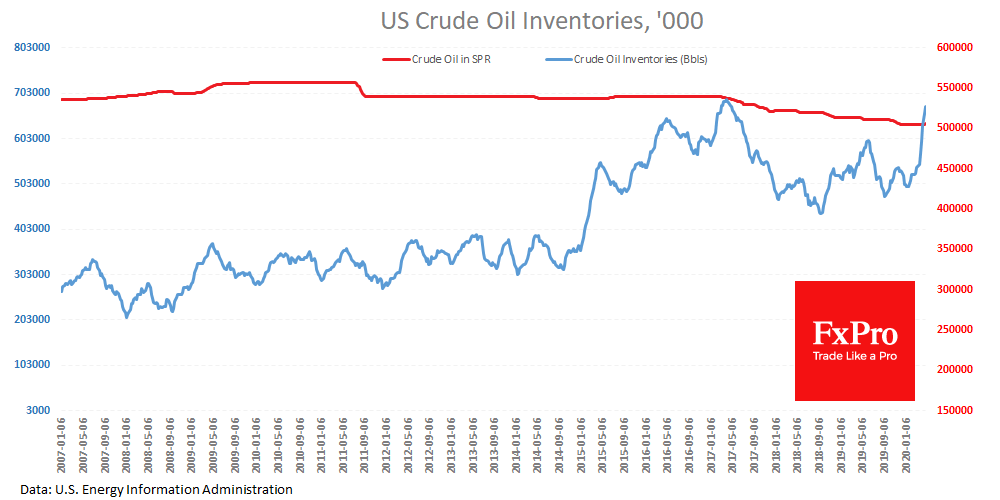 Moment of truth for Russian Ruble