Home › Market Overview › Unpleasant signals of the currency market, despite the stocks rally

Unpleasant signals of the currency market, despite the stocks rally

The world markets remain optimistic on the start of the Christmas week. Without new triggers, stock markets are moving almost on autopilot, continuing the previous rally. The major American indices set new highs on Friday, adding around 0.5% on the S&P 500.

Asian markets opened higher on Monday but lost momentum and treaded waters near 18-month highs. Traders should be cautious against the background of shrinking liquidity, as the markets up to the new year may be extremely sensitive to the news, both positive and negative. 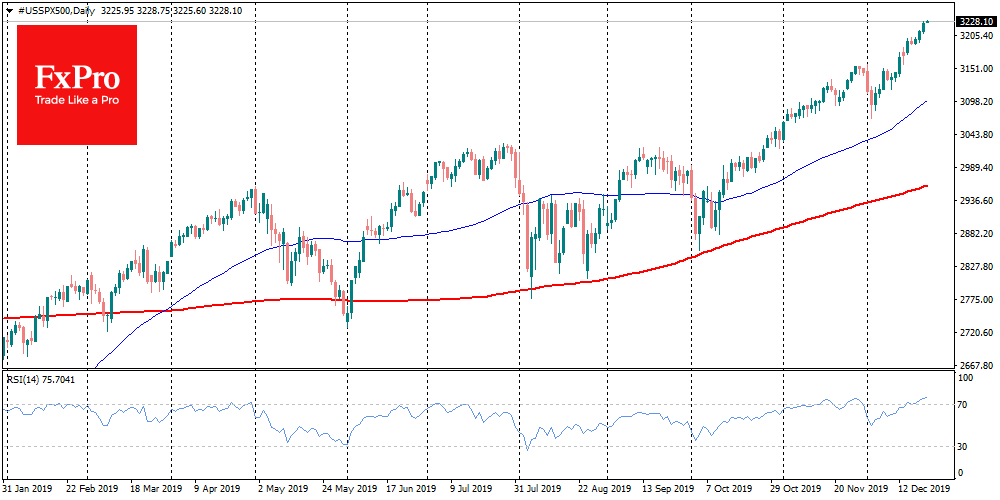 Current market sentiment contrasts sharply with that of precisely one year ago, when US stock indices tested their lows for more than a year, showing the sharpest decline in December since the Great Depression.

Back then, markets feared that trade disputes and tight monetary policy were threatening a recession in the world economy. However, the coming January is not necessarily going to be as positive as was the previous one. 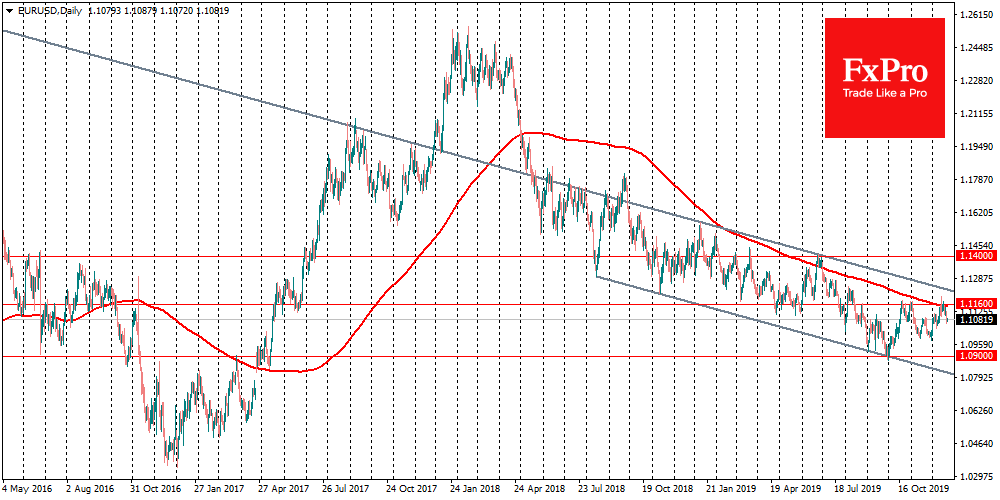 At the beginning of the year, investors and traders may revise their views on the markets. On the one hand, stock markets mostly driven by the expectations of improving macro economy in the coming months, following the flooding of markets with money from key central banks. But on the other hand, markets work out the facts in advance as soon as participants understand that the main positive news priced in, and new drivers will be needed, which obviously may not be there.

Besides, we should not forget that in 2020 there will be US elections, which may increase the nervousness of markets in the light of growing uncertainty of their outcome. The Brexit story is also far from over. In 2020 Britain promised to have busy trade negotiations with the US and the EU, which may also increase the degree of tension for both markets.

The foreign exchange market also makes markets look into the future with some nervousness. Contrary to the signals given by stock indices, those who are sensitive to the demand for currency risks give mixed messages. We see euro and pound retreat to USD, as well as increased demand for JPY. The Chinese Yuan quickly returned to the area above 7.0 per Dollar and is weakening on Monday, although the Australian Dollar is testing the 200-day average and now it is at its highest levels in the last six months. 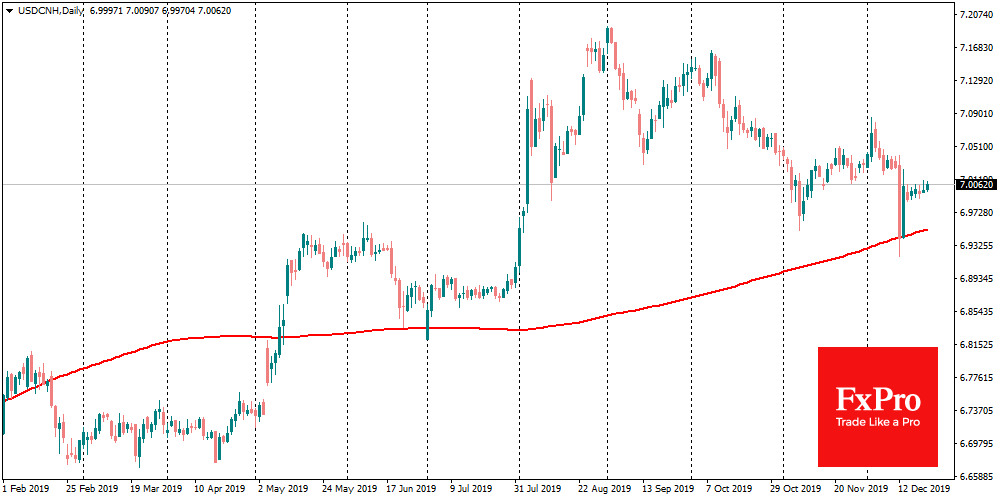 In general, the strengthening of the dollar index draws attention during the last two weeks. The currency markets still keep moving within the trend formed by fears of trade wars. And it is contrary to the hopes of market players in the stock markets. The first weeks of the new year may show who is right here.