The words “liquidity crisis” sound frightening, bringing back memories of the 11-year-old global financial crisis. However, the U.S. financial market is now experiencing something similar to a new liquidity crisis, underscoring the fragility of the financial system.

The second week remains nervous in the U.S. money market: demand for short-term loans makes the money market rates jump up to 10%. The Fed came with liquidity injections, but yet this auctions regularly oversubscribed. Initially, the interest rate spike last week was attributed to quarterly tax payments and large treasury auctions. However, over the course of more than a week, the U.S. debt market – the deepest and most liquid in the world – has failed to recover finally, despite increased injections and more than $1.3 trillion in excess reserves at banks. All this has inevitable consequences for other markets.

It is also worth paying attention to the relative indifference of stock indices to positive trade news. S&P500 lost about 1% this week, despite the robust data from the U.S. and the trade deals progress news with Japan, and China. Previously, such news caused a strong positive reaction, but not now. 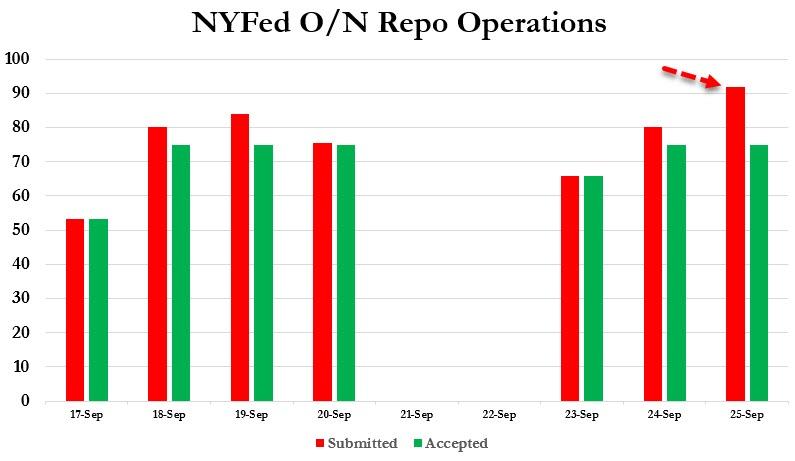 The U.S. money markets likely remain tense due to the continuing expansion of the Trump impeachment story. At the moment, few people still sincerely believe that the U.S. president will lose his office. However, market participants assume that impeachment will continue to play a role for a long time. On the markets, it is curbing demand to the stocks and increasing interest in liquid instruments such as USD and short-term government notes.

As the FxPro Analyst Team said, robust housing market data and declining unemployment claims are only intensifying nervousness of the markets. Reliable data further underline the Fed’s thesis that the economy will cope with the increasing global slowdown, and additional incentives will not be needed. In addition to the emerging chronic short-term lending problem, the Dollar may receive further growth momentum.

EURUSD lost about 1.5% in just over a week. Its decline may intensify in the following weeks in case of a drop under 1.0860 level. The pair has an open gap in the range of 1.0720-1.0860, formed after the elections in Italy in 2017. Often the market quickly passes such empty areas. The same can happen this time if the single currency fails to find support at the end of the week. 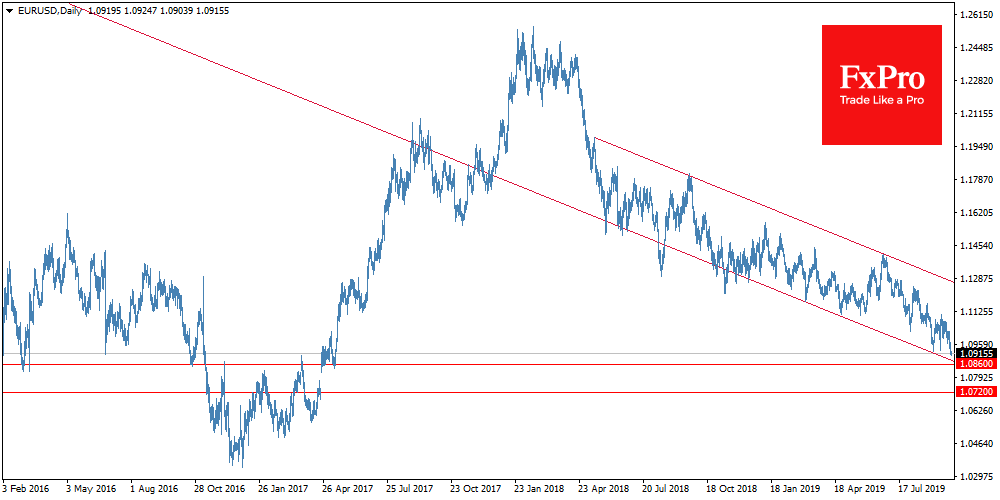