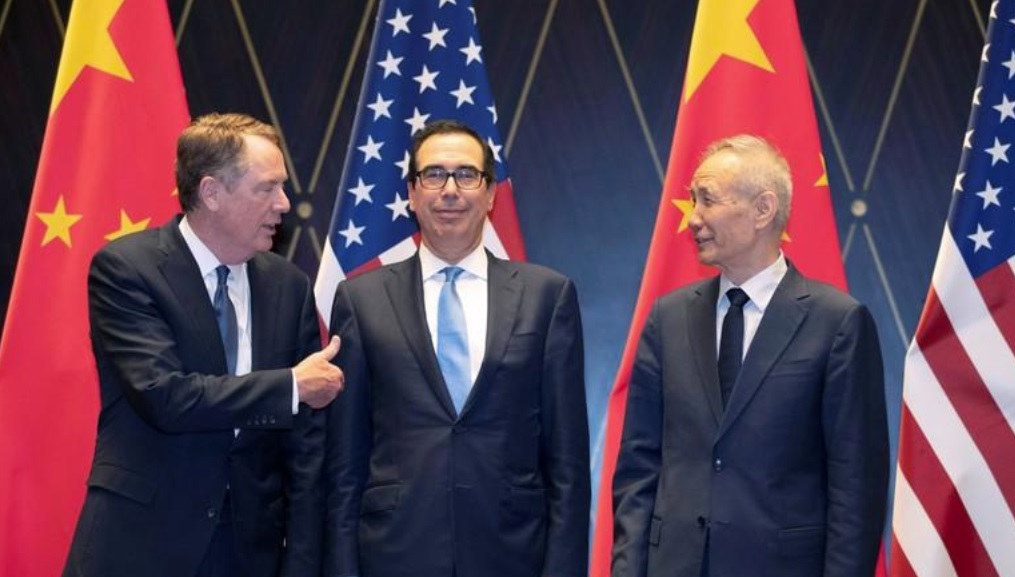 Top U.S. and Chinese trade officials met in Shanghai on Wednesday for talks in a bid to end a year-long trade war, despite low expectations for progress and combative remarks from U.S. President Donald Trump. The trade row has dragged on for more than a year, with the world’s two largest economies slapping billions of dollars of tariffs on each other’s imports, disrupting global supply chains and shaking financial markets. The Shanghai talks were expected to center on “goodwill” gestures, such as Chinese commitments to purchase U.S. agricultural commodities and steps by the United States to ease some sanctions on Chinese telecoms equipment giant Huawei Technologies Co Ltd, a person familiar with the discussions told Reuters earlier.

Trump had said on Twitter that China appeared to be backing off on a pledge to buy U.S. farm goods, and he warned that if China stalled in the hope that he wouldn’t win re-election in the November 2020 U.S. presidential contest, the outcome will be worse for China. Trump had agreed last month to allow some sales to Huawei in a meeting with Chinese President Xi Jinping, but so far, U.S. semiconductor and software makers are still mostly in the dark about the administration’s plans. In Sao Paulo on Tuesday, U.S. Commerce Secretary Wilbur Ross said decisions on license applications by U.S. firms to resume some sales to Huawei could come as early as next week.