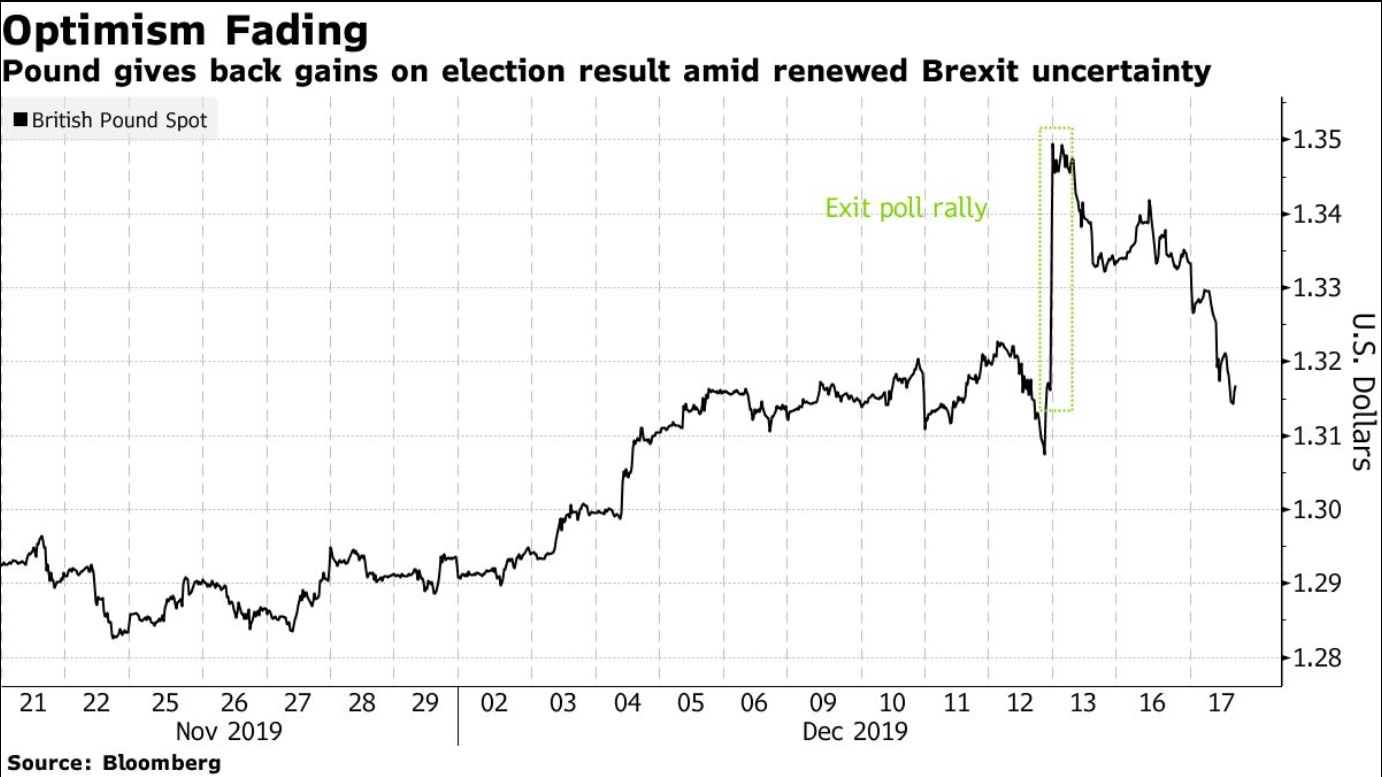 A month ago, Boris Johnson stood in front of the U.K.’s business leaders, asking them for their support, and talking about how much he valued wealth creation. But a month is a very long time in politics.

On Tuesday, the pound wiped out all the gains it made in the days following his election victory, after the prime minister signaled he’s determined to sever the U.K.’s relationship with the European Union — with or without a trade deal — by the end of 2020. Traders who thought Johnson would use his considerable parliamentary majority to cut ties with the Brexit hard-liners in his party and deliver a soft divorce were “caught by surprise,” said Kit Juckes, chief foreign-exchange strategist at Societe Generale SA.

EU leaders have warned it’s highly unlikely that negotiators will be able to complete the kind of trade deal Johnson wants — which he’s modeled on Canada’s agreement with the EU — in the 11 months between Brexit day on Jan. 31 and the December deadline.

Johnson’s approach did win the backing of the Confederation of British industry, which said in a statement that “business has had enough of uncertainty and shares the prime minister’s ambition for a fast EU trade deal.” The City of London, however, warned against a hasty Brexit agreement that could damage services, a sector that accounts for 80% of the U.K. economy.

Was the prime minister troubled? There wasn’t much sign of it later in the day, when an official said neither Johnson nor any other minister would attend next month’s meeting of the World Economic Forum in Davos, Switzerland. The official, speaking on condition of anonymity, explained that “our focus is on delivering for the people, not champagne with billionaires.” That’s not an indication Johnson is taking up a monastic lifestyle: He celebrated last week’s election victory at a party hosted by media mogul Evgeny Lebedev.