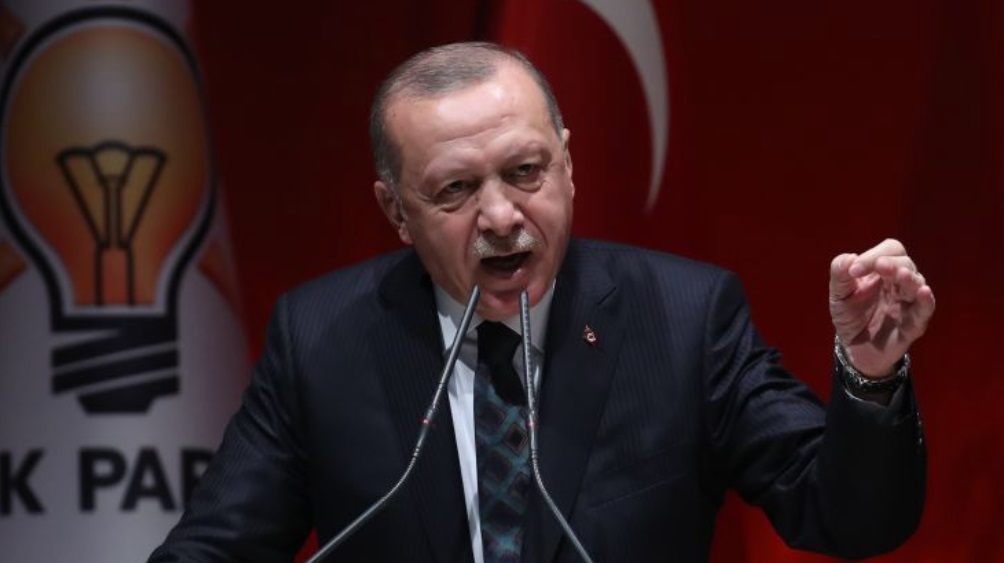 Turkey’s President Recep Tayyip Erdogan threatened Europe with a flood of refugees on Thursday if the continent’s leaders call the Turkish invasion of Syria an “occupation.” “We will open the gates and send 3.6 million refugees your way,” Erdogan said while speaking to officials from his ruling AK Party, according to Reuters.

A Turkish offensive in northern Syria has been underway since Wednesday, with airstrikes and artillery fire targeting U.S.-allied Kurdish forces on the ground. The operation began just days after President Donald Trump made a surprise announcement withdrawing U.S. troops from a part of Syria that had been reclaimed in a bloody and drawn-out war between the U.S.-led coalition and the so-called Islamic State. Trump framed his decision as one that would hand the responsibility of containing IS to the Turks.

And late Wednesday, he defended his decision to allow the Turkish offensive by saying the Kurds did not help the U.S. during World War II. Erdogan has pledged to clear the area of “terrorists,” and says his aim is to allow a path for the return of Syrian refugees in Turkey to go back home. Numerous U.S. officials have cast doubt on that promise. Ankara has long vowed to wipe out the Kurdish militia presence along its border in northern Syria, which it views as a security threat and indistinguishable from a separate Kurdish terrorist group that is waging a counterinsurgency inside Turkey.