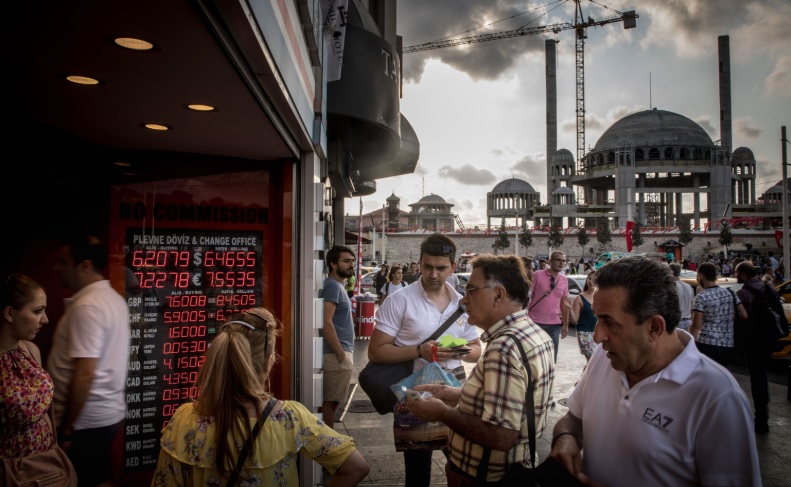 Recep Tayyip Erdogan’s Turkey is paying the price for its pre-election efforts to tinker with the markets. As a controversial vote rerun looms, a barrage of interventionist policies by Erdogan has backfired, starving the economy of investment, fueling demand for foreign currency among households and businesses and further undermining the lira.

Despite repeated assurances that capital controls aren’t an option, Turkey has sought to stabilize its currency by reintroducing a tax on foreign-currency sellers and imposing a settlement delay for purchases by individuals of more than $100,000.

To stem a run on the Turkish currency without resorting to another interest-rate increase before March elections, authorities made it harder for foreign investors to access lira funding, squeezed the local bond market and leaned on state banks to keep borrowing costs low.

While the measures briefly kept the lira in check after an unexpected drop in central bank reserves, they left investors in a bind: unable to access lira funding to maintain their positions, some foreign investors dumped stock and bond holdings. Others balked at the prospect of runaway inflation.

Since the squeeze, foreign investors have withdrawn close to $2.5 billion dollars from Turkish capital markets, taking this year’s exodus to a net $1.8 billion, the most since 2015. That’s piling further pressure on the lira, which slumped to a fresh eight-month low against the dollar this month. The currency wobbled again on Tuesday when the central bank rolled back a limited tightening of policy it delivered almost two weeks ago.