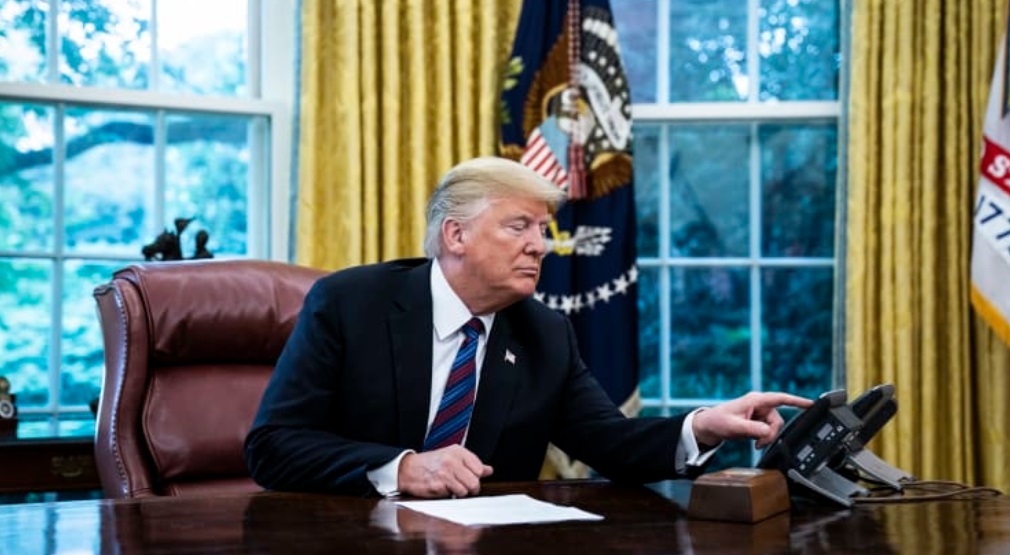 President Donald Trump’s tweets on trade have much more of an impact on the market’s expectations for Federal Reserve monetary policy than his tweets directly criticizing the central bank, research by Goldman Sachs has showed. There’s only “weak evidence” that President Trump’s tweets criticizing the U.S. Federal Reserve move market monetary policy expectations, Goldman Sachs said in a research paper published Monday, but there is “strong” evidence that his trade-related tweets do affect market expectations of Fed policy.

Last month, a new paper by the National Bureau of Economic Research said that Trump’s often-ferocious tweets criticizing the Fed and its Chairman Jay Powell influenced the way traders view interest rate trends. But Goldman published its own research Monday in which it said its own analysis of Trump’s tweets – which included not only tweets that criticize the Fed but also tweets that directly or indirectly threaten tariff escalation – had only shown “weak evidence for the notion that the market moves its monetary policy expectations in response to Presidential tweets criticizing the Fed.”

The Fed funds futures market is where traders bet on where the Fed’s benchmark overnight lending rate will land. Policymakers watch for changes in how markets view where interest rates are heading. Goldman found that Trump’s tweets on trade, on which he has been vociferous amid an ongoing trade and tariff dispute with China, impacted the Fed funds futures market much more than those criticizing the Fed. Goldman Sachs’ analysts interpreted the findings as showing “that markets believe the President primarily affects Fed policy indirectly by influencing the macroeconomic outlook, with at most a limited perceived role for tweets about the Fed.”