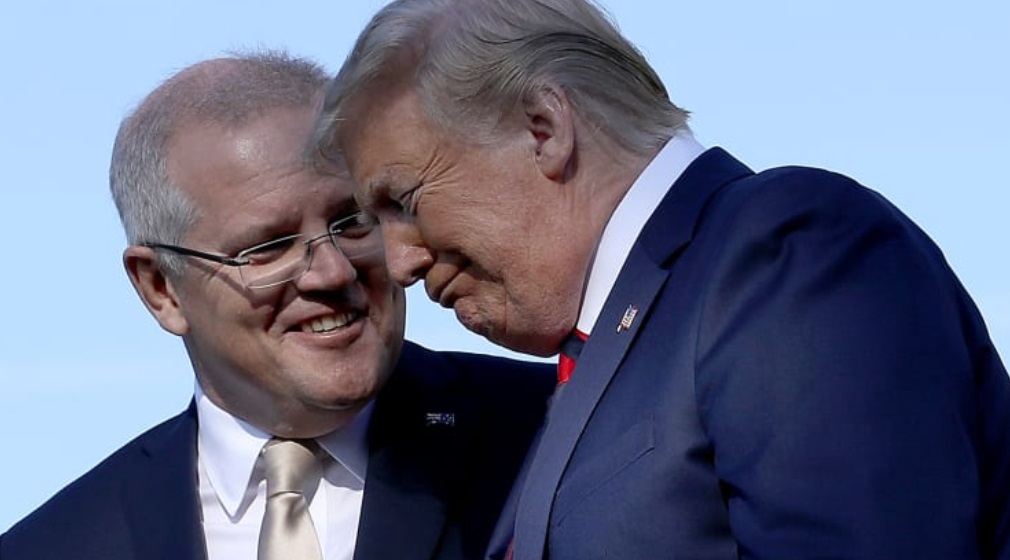 President Donald Trump on Friday said he doesn’t think he needs to strike a trade deal with China before the 2020 presidential election. “No, I don’t think I need it before the election,” Trump told CNBC’s Eamon Javers during a news conference at the White House alongside Australian Prime Minister Scott Morrison.

“I think people know that we’re doing a great job,” Trump said referencing his administration’s work on the economy and the military. “China’s being affected very badly. We’re not, we’re not being affected,” he said.  His relationship Chinese President Xi Jinping is strong, Trump added, but “we have, right now, a little spat.”

Trump also said he didn’t want a “partial deal” with Beijing, moving away from his suggestion last week that he would consider an “interim deal.” “We’re looking for a complete deal. I’m not looking for a partial deal,” Trump said.  The president’s support for the all-or-nothing stance on the potential deal with China came amid recent signs of a thaw in tensions between the two countries.

To be sure, a deal with China that addresses intellectual property theft, forced transfers of technology and the U.S. trade deficit with China is far from guaranteed. And markets are still uneasy about the trade war: Stocks turned negative Friday after the Montana Farm Bureau said that a Chinese delegation had canceled an upcoming U.S. farm visit to the state, for instance. Still, with trade talks set to restart in earnest next month, both sides have taken some steps to walk back some of their most drastic moves in the tit-for-tat trade war.