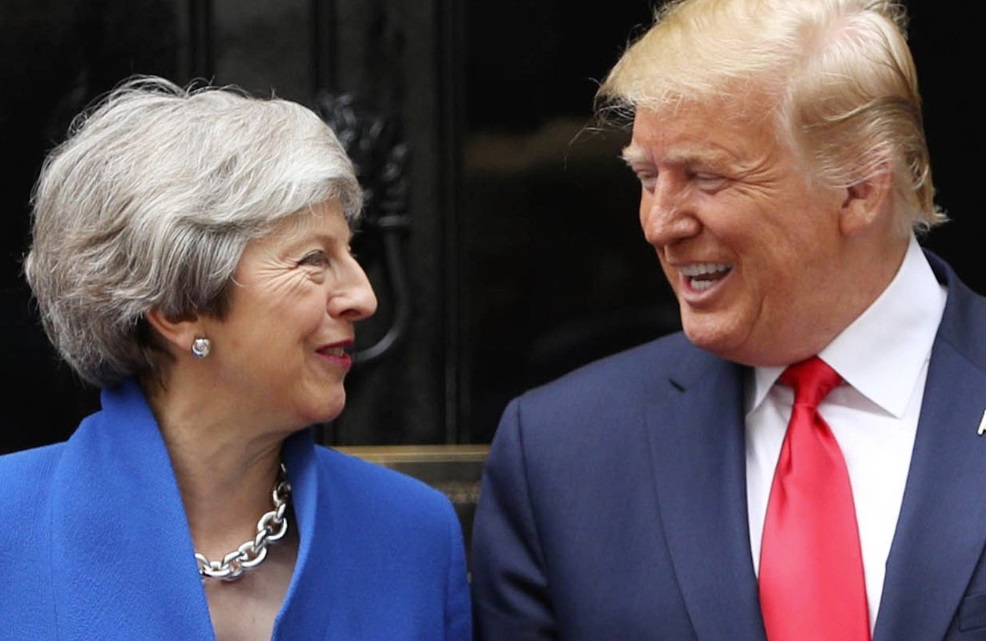 President Donald Trump promised the U.K. a “phenomenal trade deal” Tuesday, on the second day of his state visit to Britain.

His comments revealed little detail but added to previous assurances from the U.S. president as Britain slowly edges toward an exit from the EU.

“As the U.K. makes preparations to exit the European Union, the United States is committed to a phenomenal trade deal between the U.S. and the U.K.,” Trump said at a joint press conference with U.K. Prime Minister Theresa May.

“There is tremendous potential in that trade deal — I say probably two and even three times of what we are doing right now,” Trump told reporters after meeting May for talks which lasted an hour.

Trump added that he thought Brexit will happen and should happen, responding to questions on the current impasse in Westminster which has helped to topple May who is stepping down as Conservative Party leader on Friday.

The talks with May on Tuesday involved a variety of contentious topics, which included climate change, trade and tensions with Iran. The U.K. is not allowed to open official trade talks with other nations until it has fully left the bloc.

Trump says Brexit should happen and the US-UK can do a ‘phenomenal’ trade deal, CNBC, Jun 04
Article Rating
Rate this post
Related Articles