Brent fell to $29 per barrel amid market doubts about a sharp decline in production. We remind you that on Thursday the US President tweeted that he hopes for the cut of Saudi Arabia and Russia’s oil production by “10 mln barrels” and even more.

The initial reaction of the market was on the assumption that this would be a decline of 10 mln barrels per day – a widely used unit of measurement, and Trump’s omit. Estimates by market observers indicate a 17-25 million barrels per day drop in oil consumption, and final filling of all suitable storage facilities, including tankers, may occur in the coming weeks. Against the backdrop of such a collapse in consumption, the cuts announced by the US President look quite real. But there are a few important points. 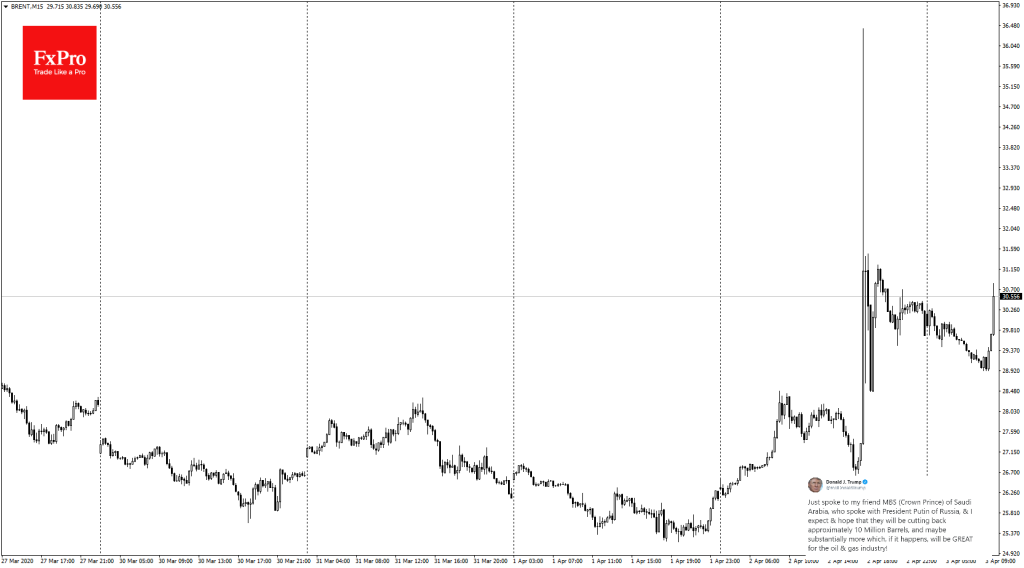 Less than a month ago, Russia refused OPEC’s proposal to cut production by 1.5 million barrels per day jointly. The Russian side argued that this did not make sense, as rising prices would allow the US to slash the market share of OPEC+ countries.

In response, Saudi Arabia announced that it would aggressively expand its production to capacity while reducing prices. In late March, Saudi Arabia refused to participate in an extraordinary OPEC meeting, exacerbating the decline of oil prices.

Russia and Saudi Arabia blamed each other for the oil war. However, the first victim was the American company Whiting Petroleum that declared bankruptcy the day before.

If oil prices remain low, it promises to be just a canary in the coalmine for bankruptcies of US oil companies. They have a high leverage debt burden to banks, which in turn risks shaking the US financial system. Problems for banks risks turning the economic crisis into a financial one with very long-term consequences. 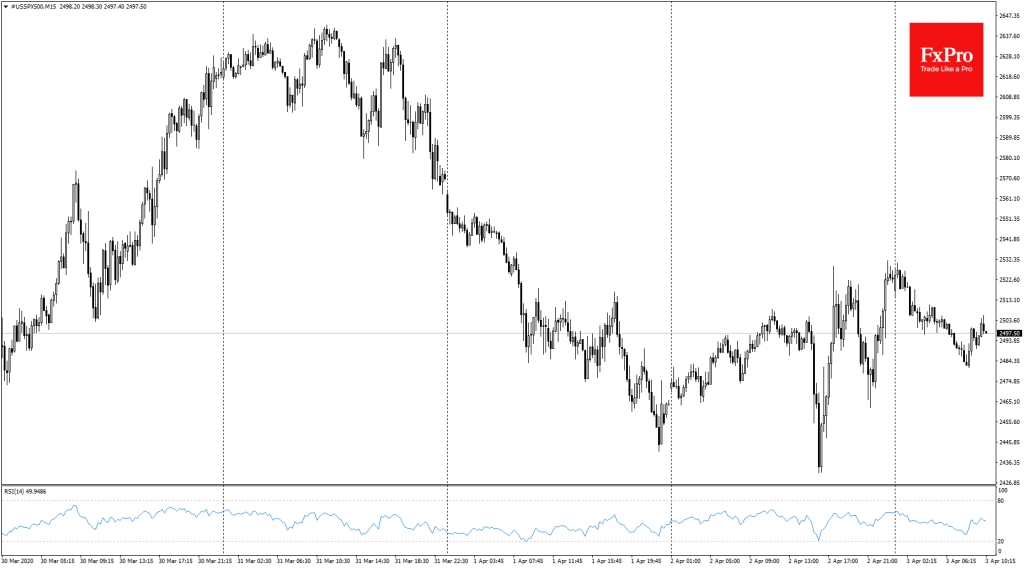 Yesterday evening Saudi Arabia announced its intention to convene an extraordinary OPEC meeting. Almost certainly, Trump’s “expectations and hopes” will be only partially realized. However, if it succeeds in aligning oil production with real consumption, it will be a good sign for the markets. The volatility of oil prices will take second place, reducing the tension in the financial markets.

Despite the corrective rollback, Brent trades 16% above Wednesday’s lows. The oil growth the day before brought stock indices back to growth, allowing investors to forget about the sharp deterioration of the US labour market.

Now it seems that stabilization and some oil bounce may well be the light at the end of the tunnel that financial markets need now. And with a stable financial system, economic recovery will go much faster.