Market focus The U.S. President shook the markets again, triggering a new wave of concerns about the global economy growth rate. Trump announced 5% tariffs with Mexico from June 10, with increase monthly up to 25%. The US president referred in his decision to illegal immigration. Later, US Vice-president Pence announced that the U.S. wants to conclude a trade agreement with Mexico and Canada instead of NAFTA this summer. Attempts to reduce the US trade deficit with other countries so far have little effect, but the escalation of trade conflicts holds back global growth. In particular, China’s manufacturing PMI was again below 50 in May after a surge in growth in March-April on expectations of progress in trade negotiations. 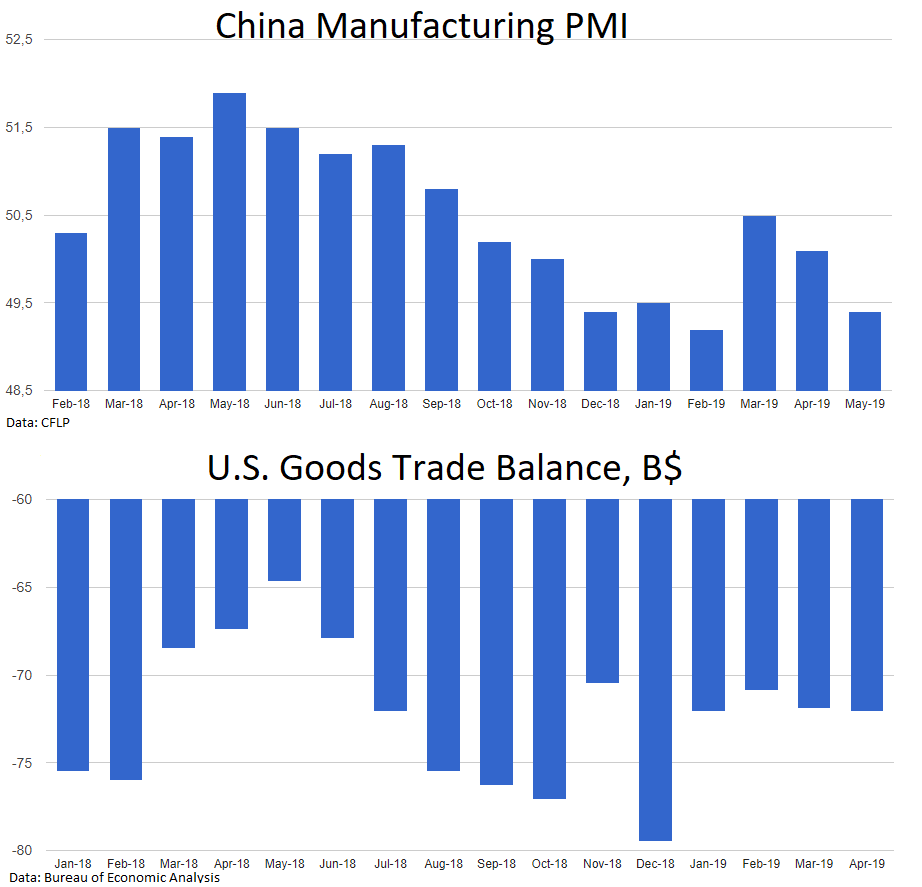 Stocks Stock markets showed cautious attempts to grow on Thursday, but, as we noted, it was more like a rebound than a reversal. The escalation of US trade conflicts with other countries and weak Chinese PMI triggered a new wave of sales in stock markets and brought back attention to traditional defence assets: JPY, CHF, Gold. SPX index declined in the morning below MA200. The drop below this level opened the way to a prolonged correction in recent years, which we wrote about the day before. 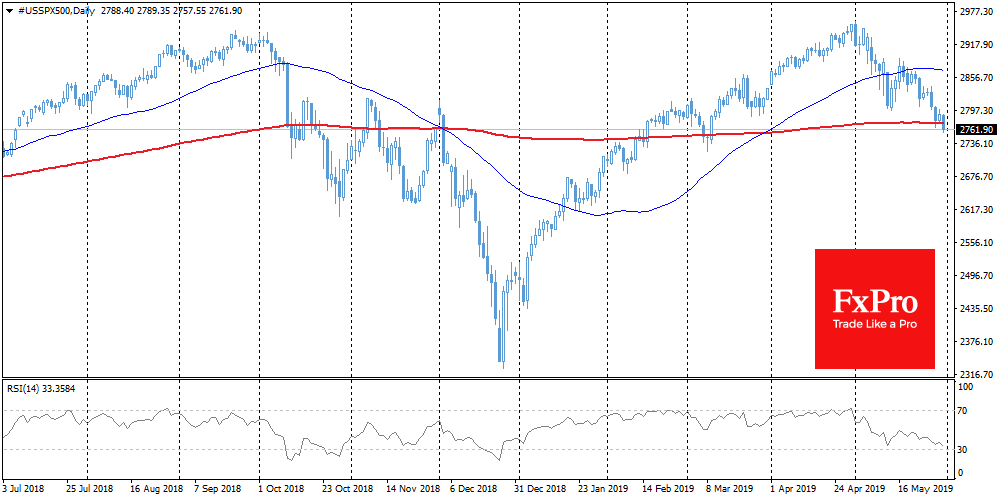 EURUSD The single currency stabilized near 1.1130, once again receiving the support around 2-year lows against the dollar. Probably one of the factors of market participants indecision during relatively weak trading in the European session is religious holidays. However, the search for a worthy reason to take support or turn to growth may take another week. This coming Thursday, the ECB rate decision will be announced, and next Friday there will be US employment data. These two events more often than others form trends and cause a violent market reaction. 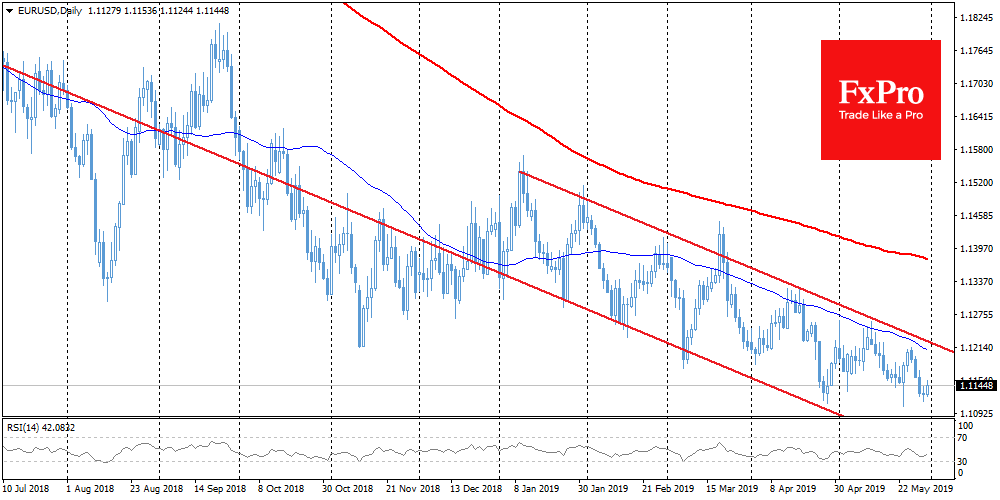 Chart of the day: US oil inventories and supply Oil collapsed by more than 4% after the publication of fresh data on the U.S. inventories and supply. According to weekly data, supply rose to 12.3 million barrels per day. Crude stocks declined slightly, by 0.3 million barrels, but increased 9.7% to levels one year earlier. Russia is less inclined to adhere to production quotas, watching the growth of the US energy market. However, the desire of OPEC and Russia to negotiate have an inverse correlation with the Crude Oil prices. Two cases of a 5% collapse in the previous two Thursdays suggest a possible repetition of scenarios of past years. Recall that in 2014/2015 oil lost 75% of the price, and by 42% at the end of 2018. In both cases, the wild decline was stopped only after an agreement by OPEC + to reduce production. 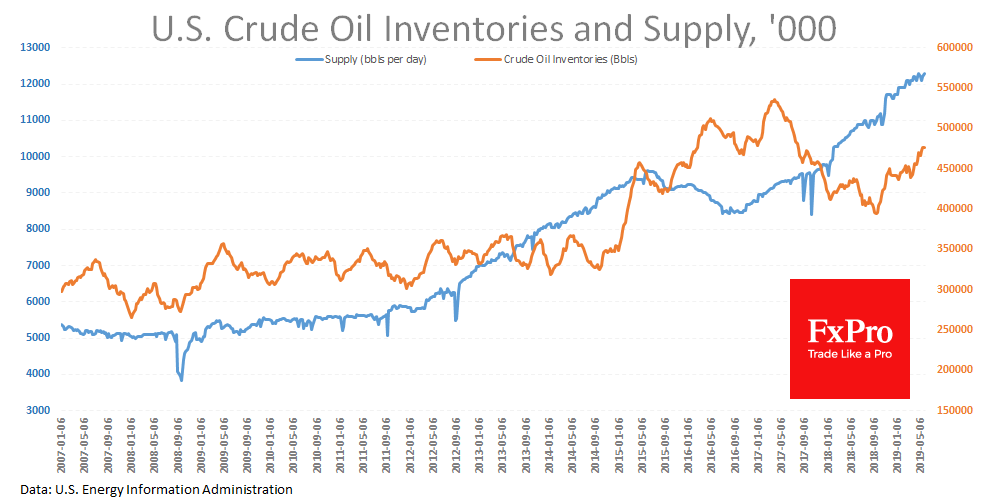