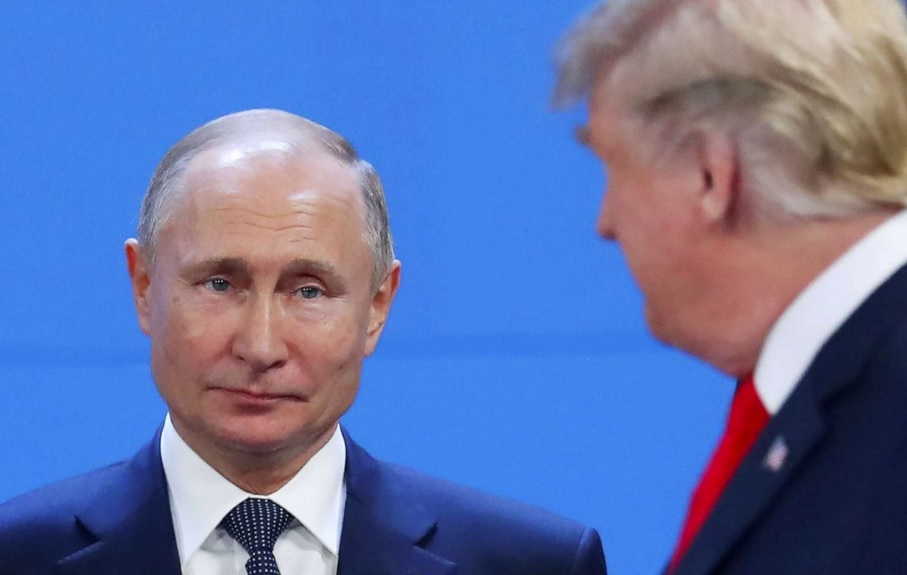 Donald Trump’s lighthearted request that Vladimir Putin refrain from meddling in the 2020 election was the highlight of his first full day at the G-20 summit in Osaka, Japan.

The U.S. president held a series of meetings with foreign leaders, including Japan’s Shinzo Abe, India’s Narendra Modi and Germany’s Angela Merkel, where he primarily discussed his various trade disputes. But as has become typical for Trump, his unofficial activities drew the most attention.

In their first meeting since Special Counsel Robert Mueller’s report documented an alleged Kremlin campaign to interfere in the 2016 election, Trump was asked by a reporter whether he’d tell Putin not to meddle in the 2020 vote.

Putin smiled at first, and turned to his translator. After she told him what Trump had said, he laughed. Trump looked at Putin, shook his head and smiled.Trump repeatedly sidestepped tensions with his foreign counterparts.

On his way to the G-20, Trump demanded in a tweet that India reverse “unacceptable” increases in tariffs on U.S. goods. But in their meeting, Trump praised Modi for his re-election and predicted a “very big” trade deal. Merkel has subtly criticized Trump’s policies, and her country is a frequent target of Trump’s complaints about other countries’ trade practices and defense spending. But Trump called the German chancellor a “fantastic woman” and a “friend” in their meeting.

These Are the Highlights of Trump’s First Day at the G-20, Bloomberg, Jun 28
Article Rating
Rate this post
Related Articles