Home › Market Overview › The US Justice Department investigates giants: Amazon and Alphabet to be probed

The US Justice Department investigates giants: Amazon and Alphabet to be probed

Market focus The actions of the main central banks continue to be the main driver of the markets. The next major upcoming event is the ECB interest rate decision, which is set to be announced tomorrow.

At the same time, it is worth paying attention to the unexpected rate cuts in Korea and Ukraine last week. Both countries are as sensitive to the dynamics of world trade as Australia and New Zealand, where further rate cuts are expected in the coming months.

Such action represents one of the consequences of the protracted US-China trade disputes. The good news is that the parties are going to resume negotiations next week. Moreover, a positive signal also came from the Bank of China, whose representatives reported that they were satisfied with the current level of rates.

However, mitigation signals from trade-tied countries demonstrate a slowdown of the future global economic growth.

Stocks The S&P500 has returned to an area above 3000. Index futures have been growing steadily since Wednesday morning. Investors’ attention is now focused on the actions of the US Department of Justice, which has decided to check whether IT giants are suppressing competition. 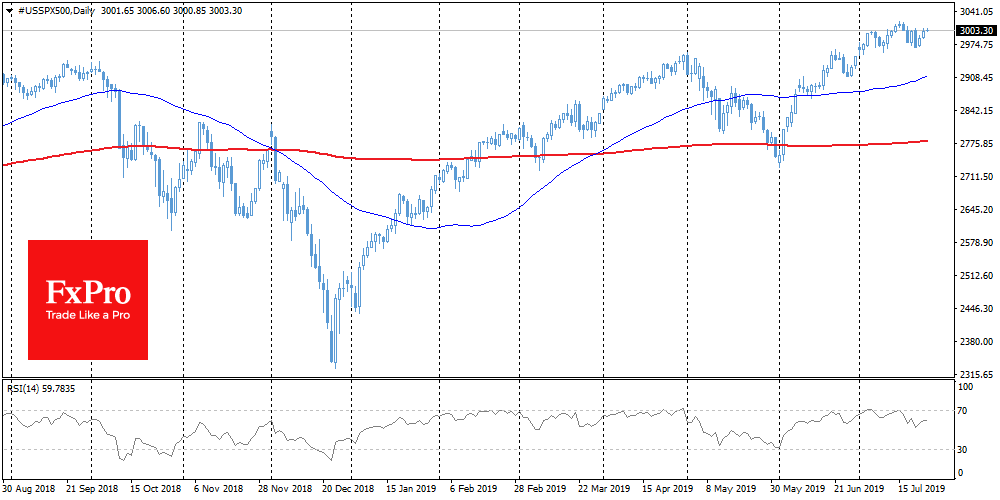 Amazon Alphabet and Amazon are losing more than 1% on pre-trading, which may have an impact on the quarterly reports that companies are expected to submit later this week. Note that these corporations, as well as the quotes-losing Facebook, have impressive weight in key stock indices and are able to pull the entire market down with them. Moreover, Amazon shares are trading near 2000, the level of historic highs, where the price has turned to decline on three separate occasions. 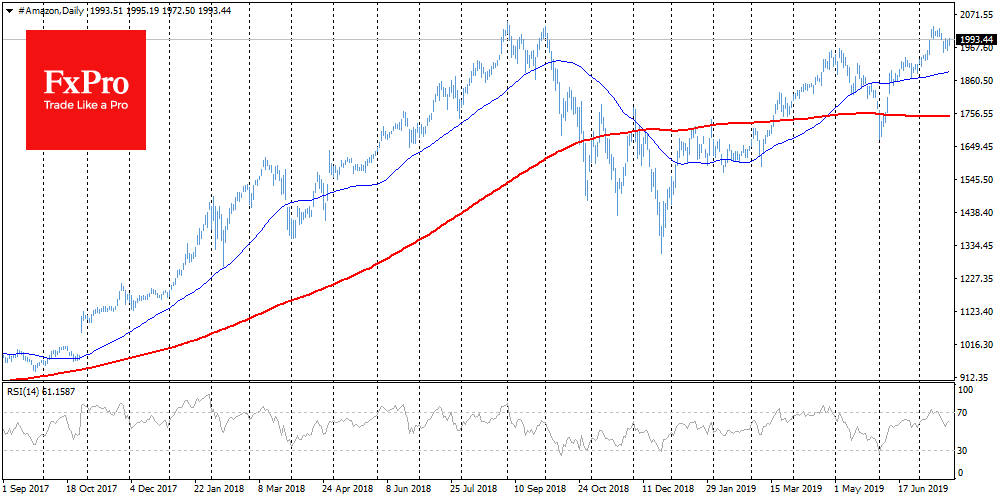 EURUSD The single currency remained under pressure throughout Tuesday, losing 0.6% and dropping to 1.1140. Markets are aware of the possibility of active measures being taken to reduce EU interest rates this week. In addition, technical analysis is on the side of the bears now. The pressure on EURUSD increased after returning under the 200-day moving average, before receiving renewed momentum after a decline under MA (50). 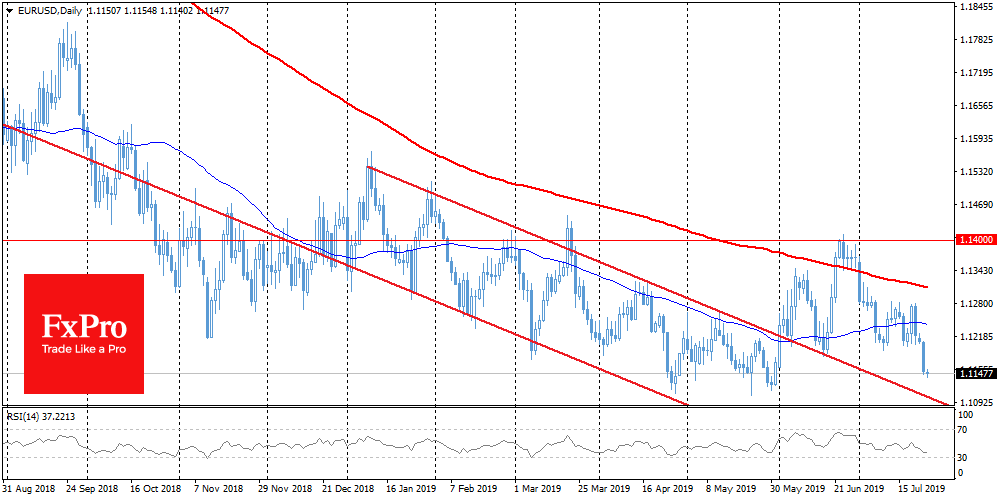