The Santa rally in stocks could lead to January selling 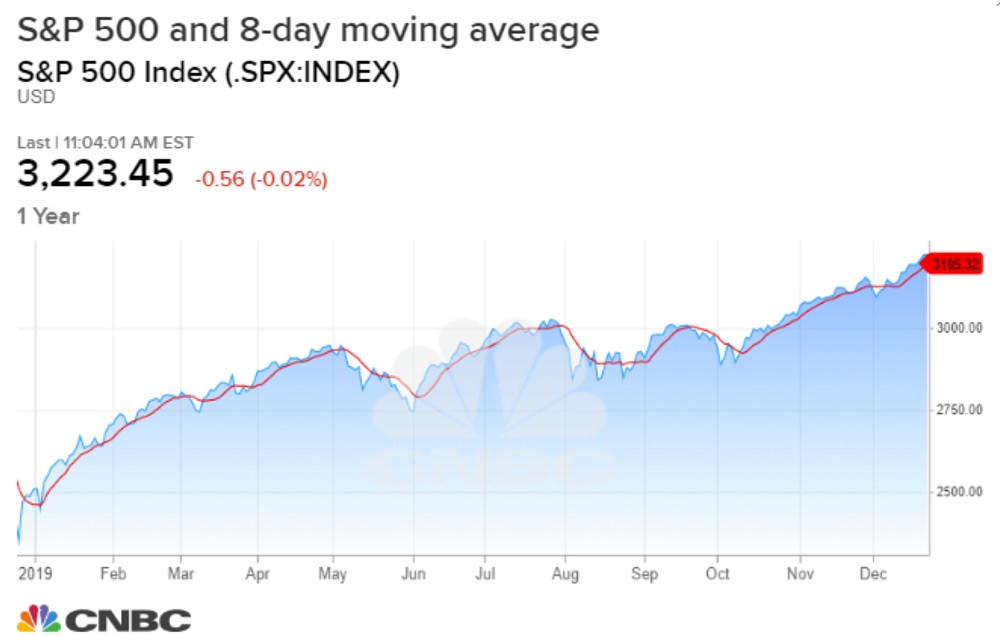 As investors celebrate the outsized gains they made in the stock market in 2019, they may be getting ready to sell some of their winners once 2020 begins. There’s little to stand in the way of the rising stock market at this point as it drifts, higher, for the most part, into year-end. But come January, analysts say, there should be some tax-related selling, and the broader market may even pull back, after its heady 2019 gains.

Even if there’s a January pullback, analysts expect the stock market to keep rising. The S&P 500 has gained 8.3% in the final quarter of the year and was up 28.6% for the year so far, its best performance since 2013. If the S&P gains more than 29.6% for the year, that would be the biggest gain since 1997′s 31% gain. “I suspect we’re going to cool the jets of bullishness in the first quarter. … It wouldn’t surprise me if we had a pullback,” said Paulsen, adding that investors have become a little too bullish.

Jeffrey Hirsch, editor-in-chief of Stock Trader’s Almanac said it wouldn’t be surprising to see investors taking profits at the start of the new year. The first five trading days of the year are considered “an early warning system” that has accurately predicted full year gains about 84% of the time when their overall performance is positive, according to the almanac. The almanac documents the other phenomena of January, known as the January barometer, which is the belief that as the market goes in January, so goes the year. It has a 75% accuracy rate going back to 1950, and it has only missed in a big way nine times. January was positive this year, and Hirsch says the market is lined up for what he calls the January indicator trifecta.