Financial markets are growing at the start of the new week’s trading. Hong Kong’s market at the beginning of trading has updated its three-month highs but retreated in the second half of Asian trading. On Friday, the American market came close to historical highs, which caused a positive start of trading in Asia.

Markets growth was due to reports that US and Chinese officials are close to finalising some parts of the trade agreement. President Trump also voiced hope that the trade agreement will be signed on summit at Chile next month. Traders hope at least on partially deal as they lost faith in the end of the trade wars between the two major world economies. 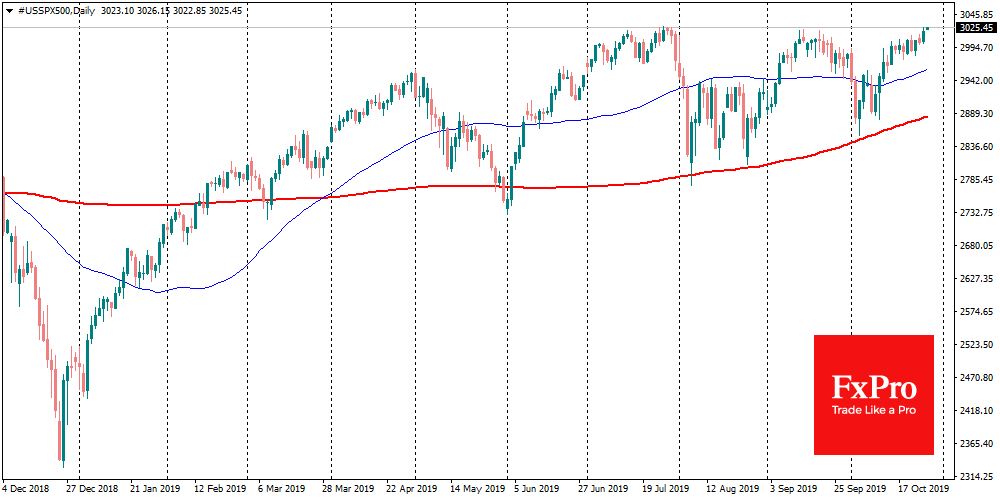 Despite the positive start, the week will be slightly nervous for American investors. The earnings season continues, which so far shows very mixed results of companies’ work in conditions of mutual tariffs between the US and China. In the middle of the week, there will be a regular meeting of the Federal Reserve Board, and markets are waiting for another rate cut. And at the end of the week the report on employment in the USA will be published, which may determine the subsequent trend of the markets for the coming month. 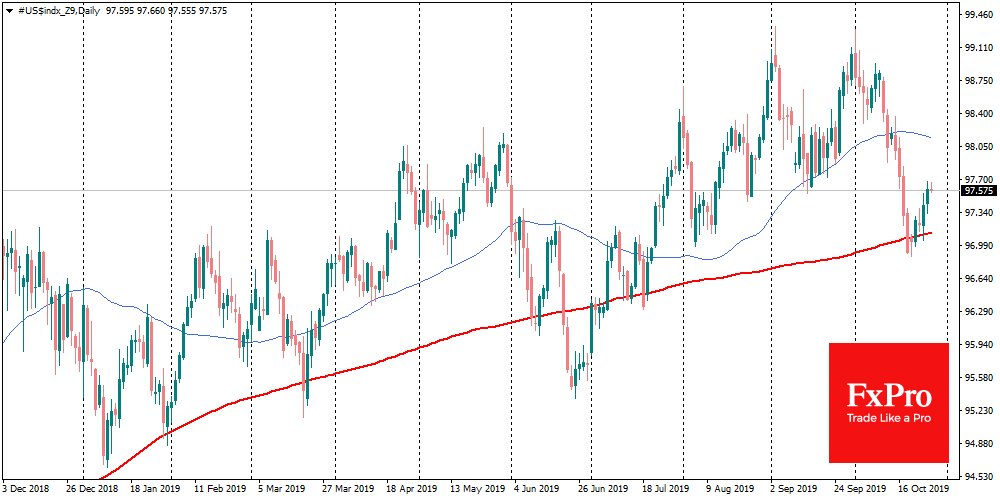 By the end of October, the major US stock indices returned to their historical highs. The subsequent trend may be significantly affected by the tone of the Fed’s comments and the labour market report later this week. Rather quickly markets may lose their optimistic sentiment if the head of Fed Powell makes it clear that this is the end of the rate cuts.

Equally crucial for the subsequent dynamics may also be the report on the labour market. In the previous few months, the US economy demonstrated a relatively good condition on this indicator, but may well surprise you. In the last few weeks, we have seen that housing sales growth has slowed and retail sales have corrected. 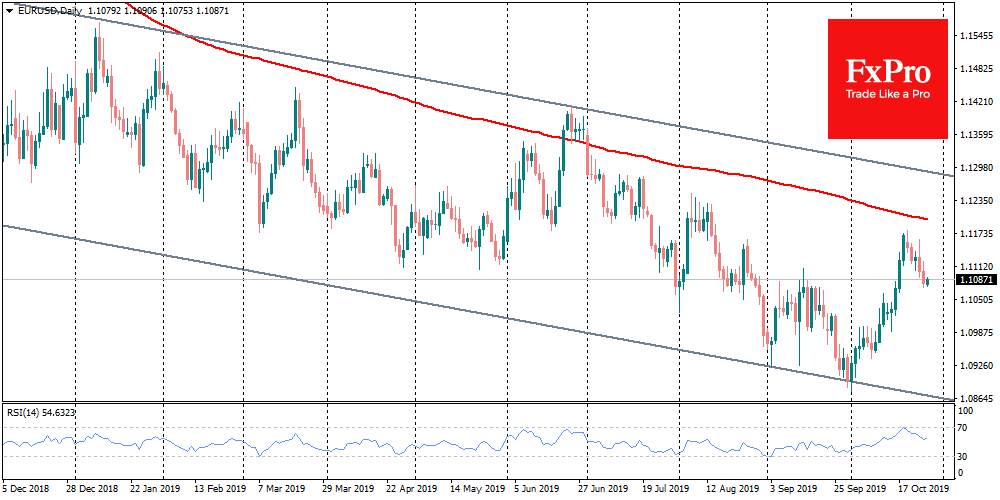 It may well turn out that positive news related to trade negotiations will play a cruel joke with the markets. It may well turn out that after the rush of demand in an attempt to overtake the tariffs and in response to Fed interest rates cuts, consumers and companies will take a break. And this may result in a drop in employment and wage growth slow down.

In this case, the dollar will be able to develop its rebound from the DXY 200-day average further. In parallel, EURUSD may sink under 1.10 and potentially target 1.09. S&P500 can make a breakthrough (in the case of the Fed’s soft position), and get a sharp blow, as it was in the last three months when the index rolled back from this area by 5-9%.