Home › Market Overview › The last time the S&P did this, it rallied 25% to an all-time high

The last time the S&P did this, it rallied 25% to an all-time high 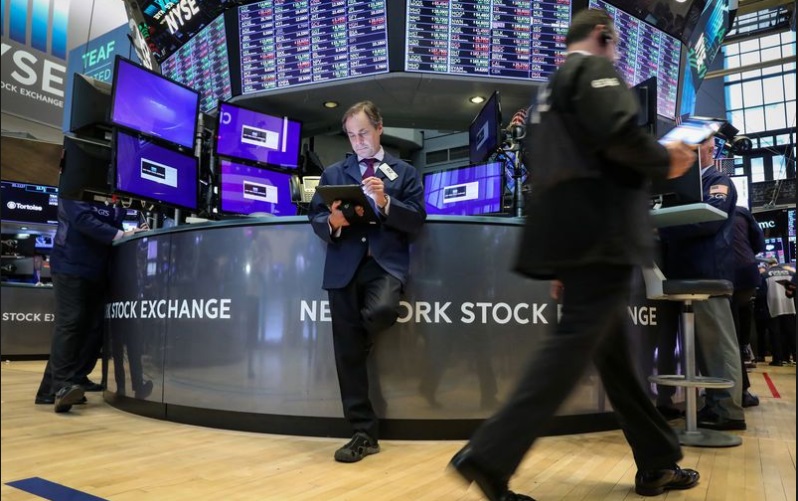 It’s been a wild ride for stocks as trade tantrums and global growth fears have ignited a surge of bearish sentiment around the markets. But a top technician says the charts are signalling new highs could come sooner than investors think. The Dow, S&P 500 and Nasdaq all notched their best week of the year as the markets digested a higher probability of a Fed rate cut. The S&P 500 shot past a key 2,800 level, testing a technical hurdle Wall Street is watching very closely.

“2,800-2,810 [is] the most important level here from a tactical perspective,” said Stephen Suttmeier, chief equity technical strategist at Bank of America on CNBC’s “Futures Now” on Thursday. “If the trade war doesn’t kill this market it would only make it stronger and what that would mean is that you’d be able to have a base and project the market higher.” Furthermore, Suttmeier notes the S&P 500 is testing what’s been a historically key level of support at its 40-week moving average.

”[The] same thing happened in 2016, you had Brexit and had a lot of macro risks but the market rallied and was able to hold a 38% retracement and was able to rally off of that [sharply],” he said.

Yet as trade uncertainties still loom, investors are now the most bearish they’ve been since those December lows. However, according to Suttmeier, that could actually mean good news for stocks. The S&P 500 rallied more than 25% from its low on December 24 to its high on May 1.

The last time the S&P did this, it rallied 25% to an all-time high, CNBC, Jun 10
Article Rating
Related Articles