Home › Market Overview › The Fed to break the dollar trend

The Fed to break the dollar trend

Market focus The US dollar fell under pressure on Wednesday, losing about 0.8% to a basket of the six most popular world currencies. Also, SPX and DJI experienced growth of a similar magnitude, following the FOMC comments and forecasts.

The Fed indicated it would cut rates this year, most probably in July, and that is a significant shift in the Central Bank rhetoric. Moreover, seven of the 17 FOMC members even mentioned the possibility of two rate cuts before the end of the year. The main reason for such dovish Fed rhetoric is the growth in global risk. This is also similarly the case with the ECB and the Bank of Japan, with both having softened the tone of their statements over the preceding days. This appears to almost mirror the historical events of 2015 when the world’s three largest central banks acted almost simultaneously in continuing to boost the financial system with cheap money. 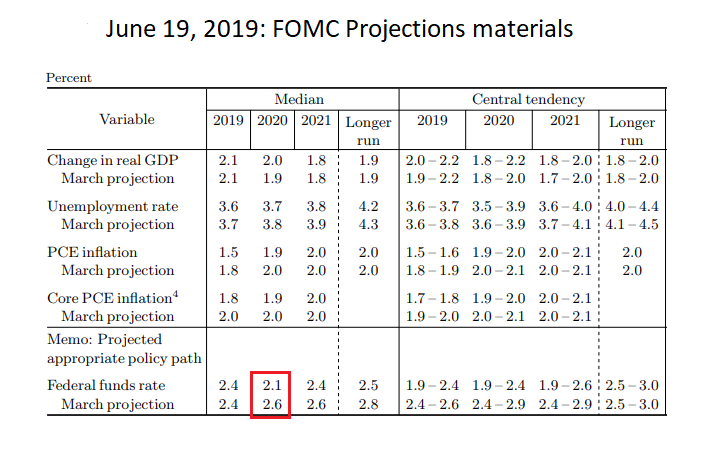 Stocks The rally on the US stock market developed following a weakening of the dollar and the possibility of a rates reduction to the end of July. SPX is trading near 2940 back at about 90% after an impressive rally in May. As a result, the index is now only 0.6% below historical highs. The government bonds’ yield and the dollar trend decreasing leads to investors actively buying stocks, thereby supporting the demand for earning assets. 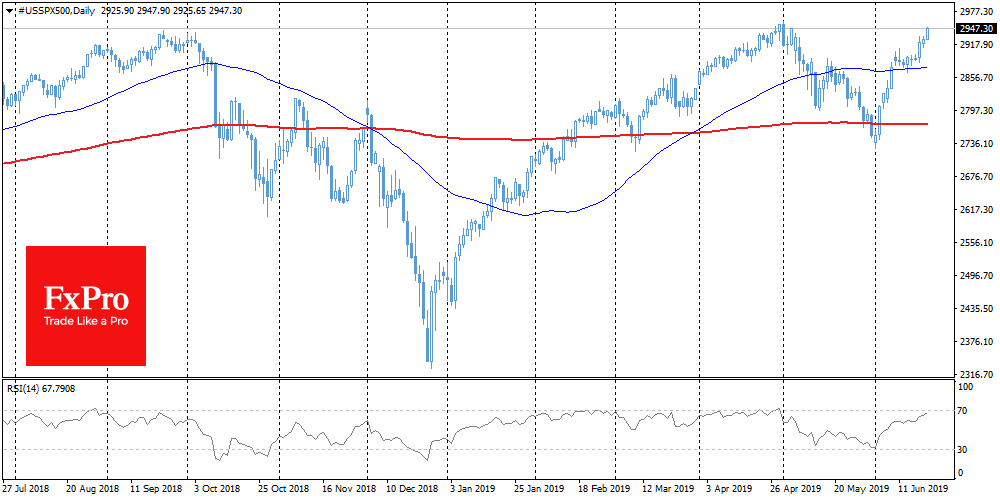 EURUSD The Fed’s dovish position led to a decline in the US dollar, significantly increasing the chances of breaking upwards. The Fed has space to reduce rates and it seems that the regulator is ready to take this course soon. The EURUSD purchases volume has sharply increased from the 1.1200 area, having returned the pair above the 50-day MA, confirming the breakdown of the trend that has prevailed since the beginning of the year. 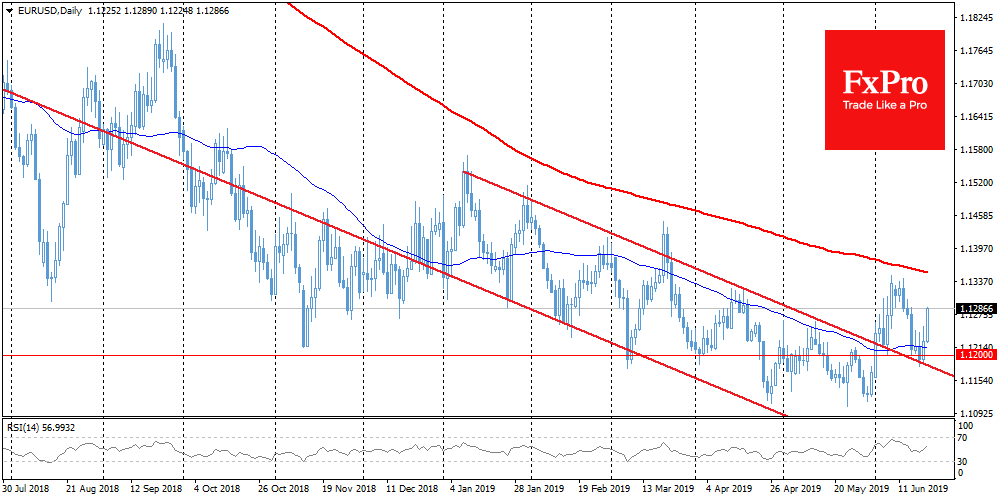 GBPUSD The British pound experienced an even sharper jump. GBPUSD rose more than 1% over the previous day, reaching 1.2690 and taking advantage of the demand, amid improved market sentiment. GBP (more than the EUR) is subject to fluctuations in demand for risky assets. Moreover, as the FxPro Analyst Team said, from the technical analysis side, it was largely oversold, dropping to 1.25000 – in the area of 26-month lows – amid increased political uncertainty. As part of a short-term rebound, the pair may not encounter any obstacles on its way to 1.2760, the Fibonacci correction level and this month’s highs. 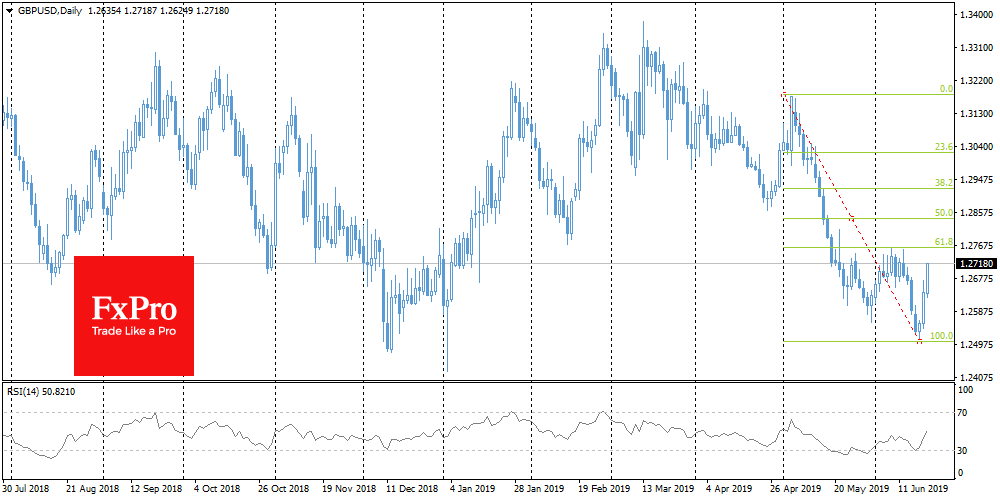 Gold The stock markets’ growth and the overall increasing demand for risk have led to a new wave of the gold rally. After the Fed’s comments, the cost of an ounce rose by more than 3.5% to 1394 – the highest level since September 2013. Such a sharp increase is due to insufficient liquidity during Asian trading. As a result, this has led to a process of triggering automatic stop-orders. However, the main driver behind the movement seems to be a desire from investors to close their positions on bonds, with the yield value decreasing as the rate price falls. 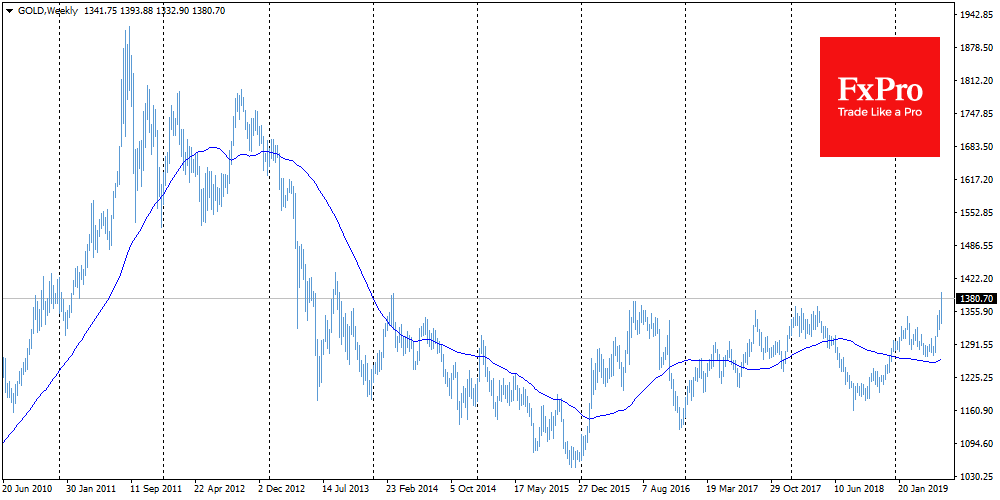