The end of the dollar as we know it 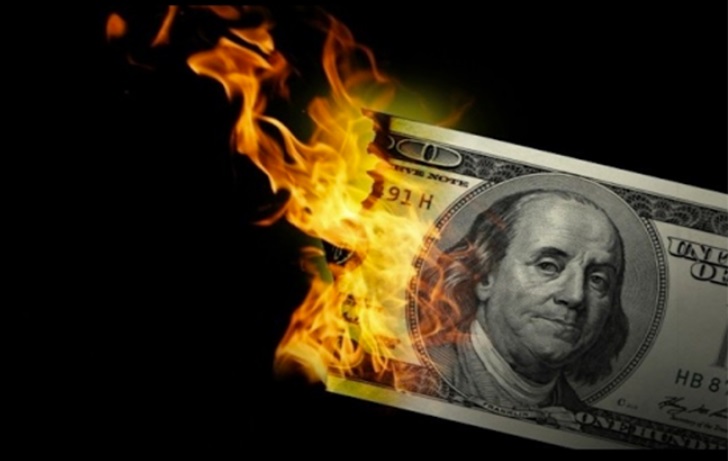 Current uncertainty and worries are clearly reflected in the financial markets. Investors are fleeing into assets that are deemed safe, such as gold, U.S. Treasuries and the dollar. At the same time, we are seeing more and more commentaries around the question of whether a shift is taking place, slowly but surely, from the dollar toward other currencies.

JPMorgan recently wrote, “We believe the dollar could lose its status as the world’s dominant currency (which could see it depreciate over the medium term) due to structural reasons as well as cyclical impediments.” And this month, Bank of England Gov. Mark Carney claimed that the dollar’s status as a hegemon is putting the global economy under increasing strain and needs to end.  That the dominance of the dollar is being questioned is not surprising at the present juncture.

Current and future U.S. policies look vague or nonexistent. Allies as well as enemies feel out of control as they have to wait and see what storms are brewing in the U.S. president’s Twitter feed, about to be unleashed. Countries such as China and Russia are taking an increasingly assertive stance. The relative supremacy of the U.S. has been waning, and there are mounting doubts about whether the country will continue to support and shore up the international system that it has largely built up and shaped itself.

Owing to the role of U.S. financial institutions, authorities and the dollar in SWIFT (the international payment system), non-U.S. businesses are terrified that they will incur billions of dollars in fines. They worry that this will happen as soon as there is even a tiny shred of evidence that can connect them to a country or corporation hit by sanctions from Washington. Therefore, many states are looking for ways to become less reliant on the dollar and the U.S. in general.

Things are shifting in a way that seems to suggest that countries want to become less dependent on the dollar. Whereas China owned 14 percent of U.S. government paper in 2011, that percentage has dropped to 7 by now. Viewed from a broader perspective, it is clear that the dollar reserves at other central banks have started to play a slightly less prominent role.

Some 70 percent of the currency reserves of central banks consisted of dollars around the year 2000, whereas this share is currently 60 percent. We are also seeing political initiatives by countries trying to keep away from the clutches of the U.S. financial system and the dollar.  And there are more and more initiatives that are intended to ensure that countries can trade in their domestic currencies instead of using the dollar — for instance, in the context of energy trading between China and Russia. However, specifically the buying and selling of oil and other energy sources shows how “sticky” the U.S. hegemony still is. Eighty percent of global oil trade is paid in dollars.

And there are other sobering data:

1. The dollar is used by counterparties in 80 to 90 percent of all currency transactions.

2. The dollar comprises 62 percent of the global currency reserves, whereas the euro is in second place with a meagre 20 percent.

3. Sixty percent of international outstanding debt is priced in dollars.

Another concrete example: Brazil and India are paying 80 percent of their imports in dollars, whereas just a fraction of the imports hail from the U.S. itself. History shows that an incumbent power can hold on to certain privileges and power sources for a very long time even after a marked decline. America had a larger economy than the United Kingdom as early as 1870, but the pound continued to be the world’s most important currency for decades afterward. The dollar will not be replaced as the global currency anytime soon. At the same time, the tentative measures that countries are taking to reduce their dependency on the dollar show they are anticipating that a post-America era is in the making. This trend is bound to strengthen now that the U.

The end of the dollar as we know it, TheHill, Sep 02
Article Rating
Rate this post
Related Articles