Home › Market Overview › The dollar set to grow, amidst a weak U.S. economy

The dollar set to grow, amidst a weak U.S. economy

Debt markets remain in a condition of increased demand for protective assets, against the backdrop of the official introduction of an additional 5% tariff on Chinese imports worth $300 billion.

As a result, the government bonds of large developed countries are renewing historical lows. The yield of Italian and German 10-year bonds, as well as 30-year American bonds, have updated their respective historical lows. Japanese 10-year bonds show a yield of -0.285%, just a few steps away from the historic lows of -0.300% achieved in 2016.

The stock and currency markets remain relatively calm. However, the longer the one-way movement in the debt markets continues, the higher the chances that concerns will spread to other sectors.

The decline in yields of 10- and 30-year bonds are linked to concerns around long-term growth rates. It is a sign that the markets are not confident in the recovery of growth rates to previous levels and that they are adjusting for a gradual weakening of the economy’s potential.

If Europe and the U.S. duplicate the processes that previously characterised Japan, it could be disastrous for the economy. But paradoxically, this does not mean that currencies will weaken in the coming months. Quite the contrary.

A decrease in rates to zero or negative levels, complemented by a massive expansion of the balance sheet of the Central Bank generates a huge amount of money supply. The central bank does this to stimulate lending in the country. However, the economy has long been global, so in good times investors are looking for yielding assets without being linked to a specific geographical location. That is why the Japanese yen and Swiss franc – and now both the dollar and the euro – are losing ground in good times against emerging market currencies.

Despite this, the U.S. differs from Japan in that the country transmits its economic cycle to the entire global economy. If the United States experiences economic downturns and stagnation as often as Japan, it would lead to an increased global demand for safety, switching between risk-on/risk-off modes. 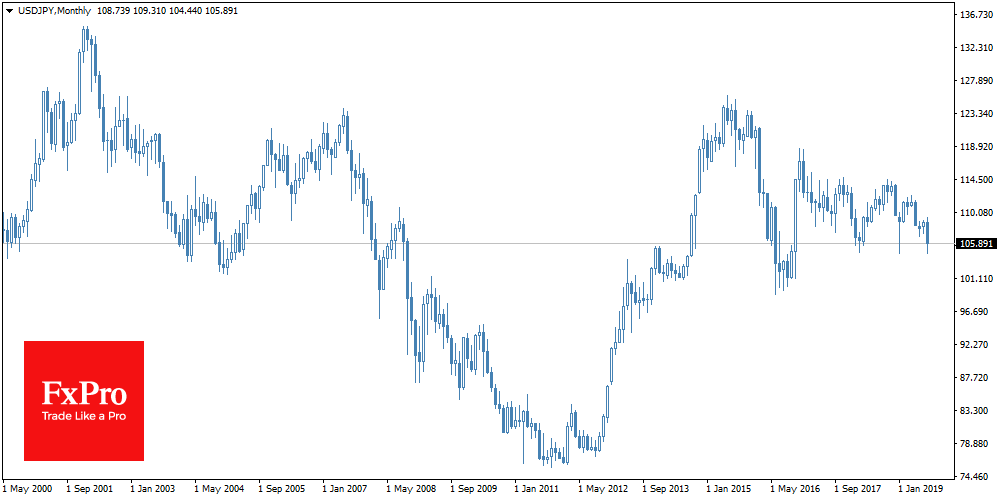 Obviously, the debt markets are in a risk-off mode now, and it may remain so for the foreseeable future.

Safe-haven Japanese yen strengthened from 2007 to 2011, until investors were convinced of the final reversal of the economy to the growth. Having started to grow in 2018, the dollar may maintain its upward trend for the next few years, unless macroeconomic prospects improve sharply. This latest option is possible, but it is becoming more theoretical as China and the United States impose ever-tougher restrictions on imports, despite the self-declared successful negotiations.

As the FxPro Analyst Team said, the dollar may return to its 2016 peak levels with 5% potential growth by the first quarter of next year, due to a growth in demand for protective assets on the weakening of the U.S. and China economic growth. In case of even greater demand for safety, the 2008 scenario may be repeated, when the U.S. currency added more than 20% for six turbulent months, despite aggressive Fed rate cuts. 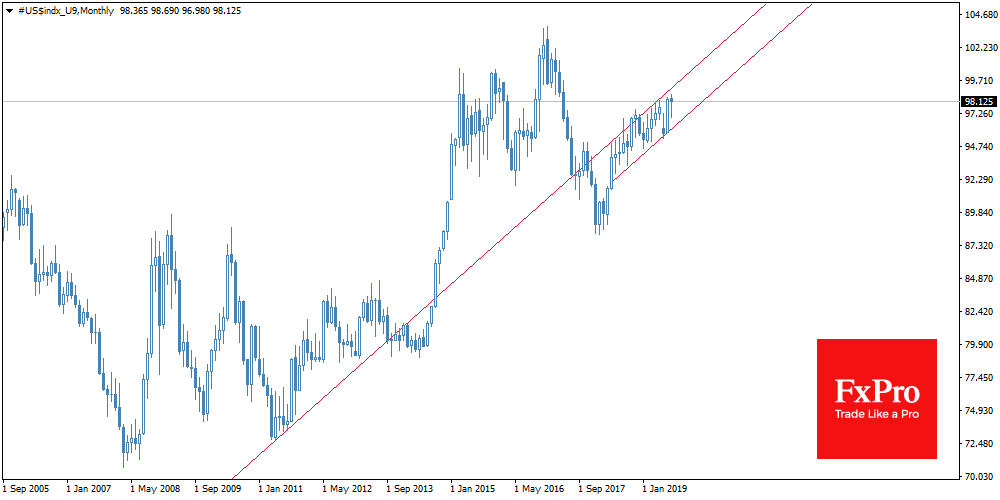