China and the US continue to note progress in trade talks, that pushes markets up. Japan’s Nikkei225 jumped 1.3% today to 13-month highs. The European Euro50 has been trading close to its January 2018 highs. The US major indices updated their historic highs for the third consecutive session. However, the dollar has managed to strengthen, although it often goes in the opposite direction with the stocks. Such dynamics explained by investors’ concerns about the health of the European economy. Final euro area manufacturing PMI estimates on Monday surpassed expectations but reminded that production was losing ground as most countries had indices below 50. 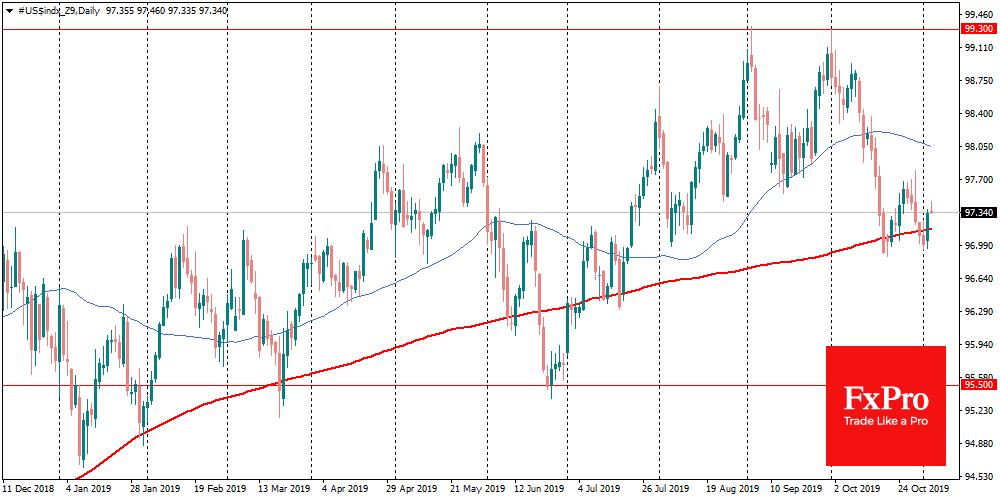 Nevertheless, one should be cautious about the potential for strengthening the dollar. The dollar index was supported at the decline under a 200-day average, as some players continue to defend the prevailed trend. However, the positive dynamics of stock markets and the soft position of the Fed can pressure the dollar, as it often happens during periods of accelerating economic expansion.

The key driver of the dollar growth in the previous year and a half was the trade war. Positive news from this front brings back the interest of markets in yielding currencies. However, so far, it can be stated that the currency market is much more cautious than the stocks, shy away from the trade truce headlines euphoria.

USDCNH dynamics is a good example. The yuan climbed to its highest level since August, strengthening by 2.1% over the last three weeks, but the dollar traded above 7 yuan in the offshore market. 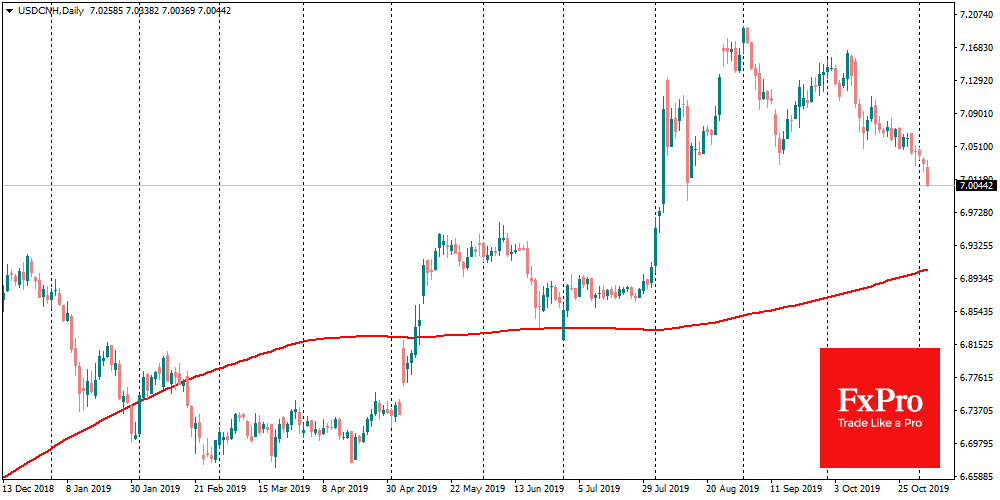 As the FxPro Analyst Team said, a good indicator of investor sentiment regarding China’s prospects is the AUDUSD pair. It turned to growth in early October to 0.69 after bottoming out near 0.6670 month ago. The 0.6950 level may be an essential milestone for the Aussie, where the 200-day average located now. The AUDUSD has declined under it in the start of the trade disputes in early 2018th. Growth above this mark can symbolize an upward reversal and become an additional signal for the currency market. But even here the markets became more cautious when approaching it. 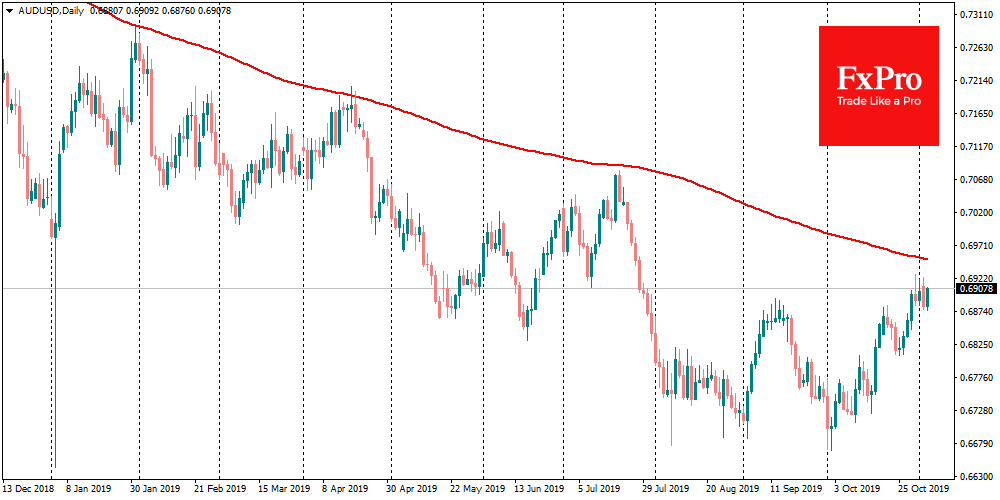 A similar important step for EURUSD is the level of 1.1200, which the markets could not exceed yesterday. Probably, the caution of the participants about the critical currency pair based on the small number of essential data published on Monday. If so, today, the market will have enough reasons to increase volatility due to the publication of non-productive ISM and the release of trade balance indicators. 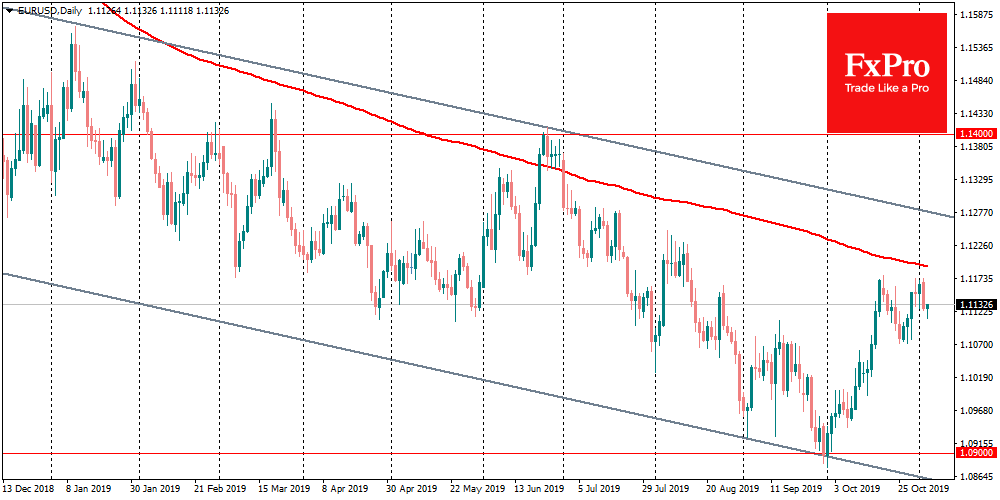