The Bitcoin price just did something it’s never done before 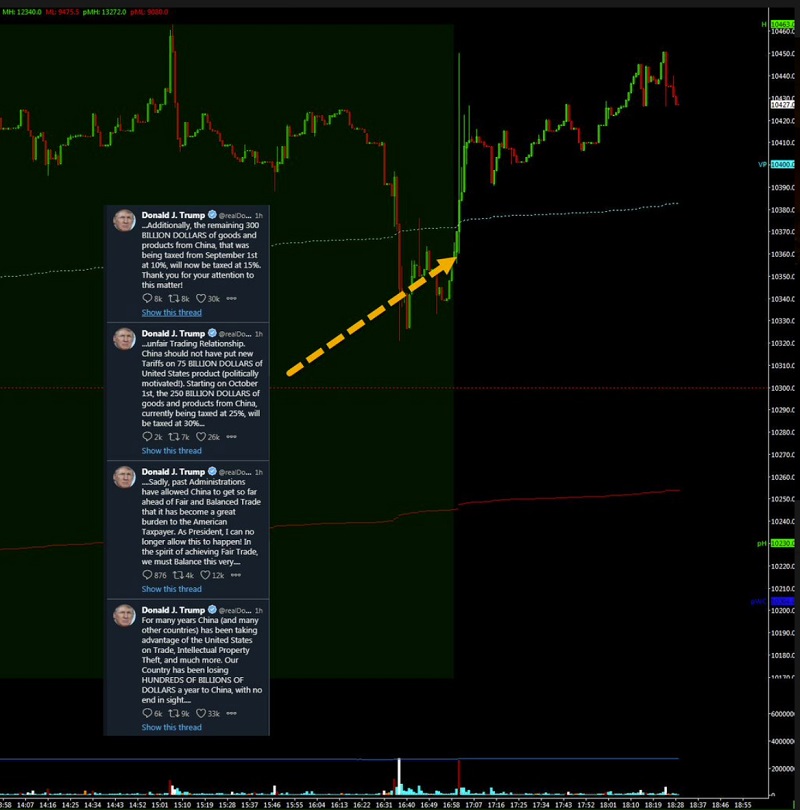 Bitcoin has been hawked as a safe haven asset for quite some time now, with bulls crediting the rising price of the cryptocurrency in 2019 to macroeconomic uncertainties and geopolitical tensions arising out of the US-China trade war. Recent price action suggests that bitcoin might finally be operating as a real-time macroeconomic hedge, as pointed out by economist and trader Alex Krüger.

President Donald Trump went on a characteristic tweetstorm yesterday, railing against China and increasing tariffs on imports from the Asian nation. Trump’s tweets came after China announced that it would place additional duties of up to 10% on imports from the US, beginning Sept. 1.

Not surprisingly, an infuriated Trump responded by imposing higher tariffs on Chinese goods, and once he was done with his counterattack, the price of bitcoin shot up sharply. The price reaction of the flagship cryptocurrency is consistent with what a macro hedge such as gold would do in such a situation, with investors piling into the crypto asset to save their portfolios from the fallout of a protracted trade war. Of course, the rally didn’t hold, and BTC has since slid back below $10,000.

Nevertheless, bitcoin bulls believe that the cryptocurrency will eventually replace gold, and the price action immediately following Trump’s tweets seems to reaffirm that view. What’s more, bitcoin trading activity reportedly increases when macroeconomic uncertainty arises. Business Insider reports that bitcoin trading volume surged 284% between May and August this year compared to March-June 2018 – the period just prior to the trade war. Gold, which is considered to be the original safe-haven asset, saw an increase of “only” 73% over the same period. Of course, questions have recently been raised over the status of bitcoin as a replacement for gold and its ability to hold ground in times of economic distress, but the flagship cryptocurrency appears to be maturing in that department.