Home › Market Overview › The battery decade: How energy storage could revolutionize industries in the next 10 years

The battery decade: How energy storage could revolutionize industries in the next 10 years 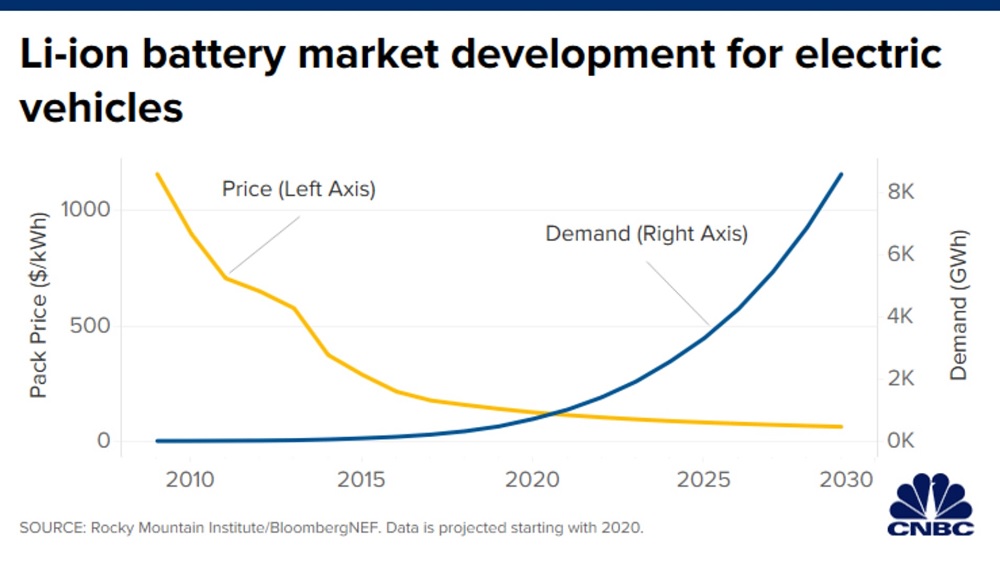 What a difference a decade can make. In 2010, batteries powered our phones and computers. By the end of the decade, they are starting to power our cars and houses too. Over the last ten years, a surge in lithium-ion battery production drove down prices to the point that — for the first time in history — electric vehicles became commercially viable from the standpoint of both cost and performance. The next step, and what will define the next decade, is utility-scale storage.

As the immediacy of the climate crisis becomes ever more apparent, batteries hold the key to transitioning to a renewable-fueled world. Solar and wind are playing a greater role in power generation, but without effective energy storage techniques, natural gas and coal are needed for times when the sun isn’t shining or the wind isn’t howling. And so large scale storage is instrumental if society is to shift away from a world dependent on fossil-fuel.

UBS estimates that over the next decade energy storage costs will fall between 66% and 80%, and that the market will grow to as much as $426 billion worldwide. Along the way entire ecosystems will grow and develop to support a new age of battery-powered electricity, and the effects will be felt throughout society. If electric vehicles grow faster than expected, peak oil demand could be reached sooner than expected, for instance, while more green-generated power will alter the makeup of the electricity grid.

The battery decade: How energy storage could revolutionize industries in the next 10 years, CNBC, Dec 31
Article Rating
Rate this post
Related Articles