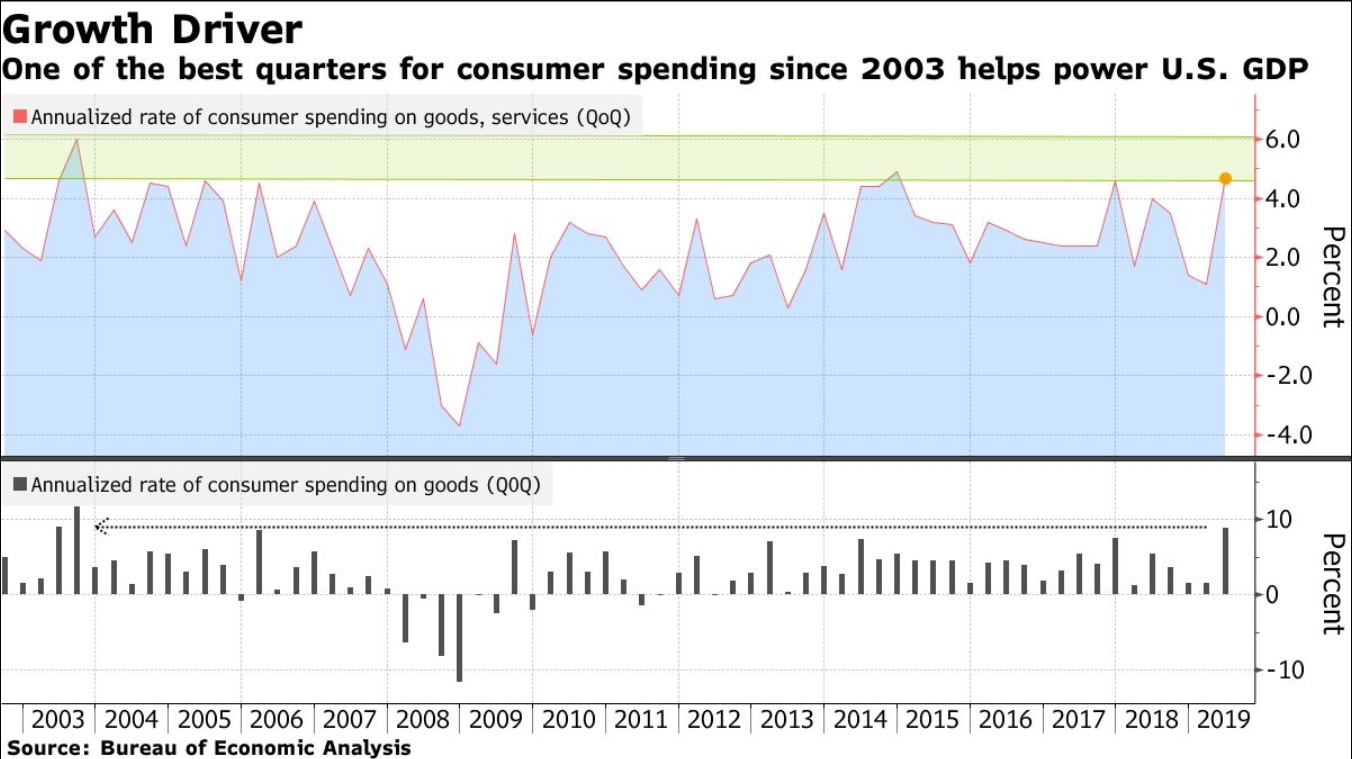 U.S. equities rallied Thursday after China indicated it wouldn’t immediately retaliate against the latest American tariff increase. Treasuries edged down, while a dollar gauge hit a two-year high. Every sector in the S&P 500 Index advanced after a spokesman for China’s commerce ministry said that escalating the trade war won’t benefit either side and that it was more important to discuss removing the extra duties. Stocks across Asia trimmed declines on the remarks, while the the Stoxx Europe 600 Index closed higher.