Stocks, dollar inch up ahead of Powell’s Jackson Hole speech 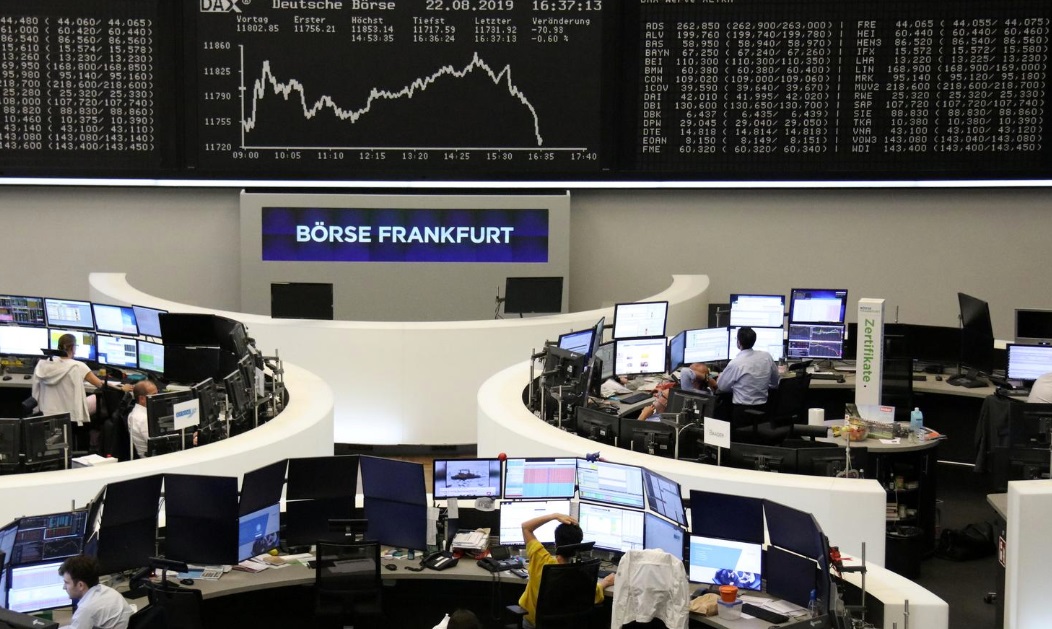 World stock markets and the dollar rose on Friday as investors looked to a speech by Federal Reserve chair Jerome Powell for clarification on whether the U.S. central bank remains on course to deliver another interest rate cut in next month. Suggesting markets remain broadly confident of further Fed stimulus, European stocks rebounded from the previous day’s falls, with the pan-European STOXX 600 index up as much as half a percent by midday in London. Britain’s FTSE 100 index was up 0.71%.

MSCI’s All Country World Index, which tracks shares across 47 countries, was up 0.1% and set to break a three-week losing streak. Earlier in Asia, MSCI’s broadest index of Asia-Pacific shares outside Japan edged 0.4% higher and was up 1.0% for the week, on track to break a four-week losing streak. Japan’s benchmark Nikkei advanced 0.4% and Australian stocks added 0.3%.

The dollar rose 0.3% against a basket of peer currencies. Powell is due to speak at 1400 GMT at a gathering of central bankers in Jackson Hole, Wyoming. While markets overwhelmingly expect the Fed to follow up its first rate cut in a decade with more stimulus at its meeting next month, some policymakers are not keen. Dallas Fed President Robert Kaplan said businesses had become much more cautious due to surprises on trade policy and he was “going to at least be open-minded about making some adjustment” if he saw continued weakness.