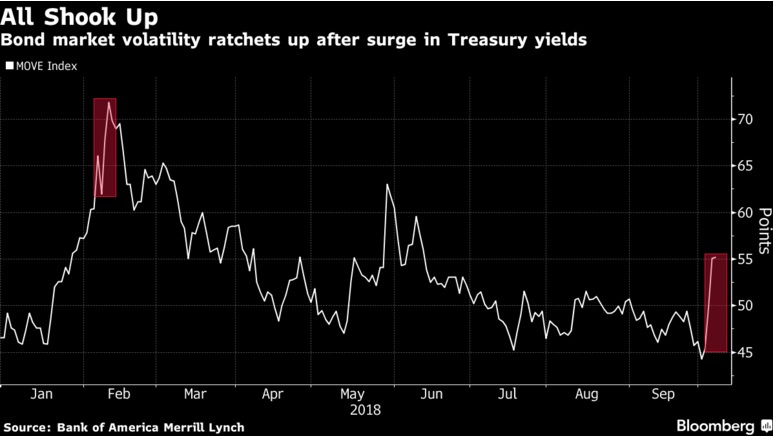 China paced declines in Asian stocks and the yuan fell as investors assessed the latest move by the People’s Bank of China to loosen monetary policy. Chinese shares bore the brunt of selling as traders returned from a week-long holiday that encompassed the rout in Treasuries.

Equities from Sydney to Shanghai sank, while Japan was shut for a holiday, and Columbus Day in the U.S. means no Treasuries trade on Monday. European equity-index futures ticked lower. U.S. stocks on Friday capped the worst week in a month, as a solid run of economic data emboldening investor faith for tighter monetary policy spurred a sell-off in Treasuries. The yuan dropped past 6.9 per dollar in the offshore market and was also weaker onshore following PBOC’s policy move. The higher U.S. Treasury yields helped the dollar gain against most major peers, while the euro and yen dropped.

China’s central bank cut the amount of cash lenders must hold as reserves for the fourth time this year, as policy makers seek to shore up the economy amid a worsening trade war. In the U.S., the sell-off in Treasuries that took 10-year yields to 3.25 percent last week will take a breather due to the public holiday, though debate continues as to whether this will become a more significant stumbling block for the bull run in equities. JPMorgan Chase & Co., Citigroup Inc. and Wells Fargo & Co. kick off earnings season for U.S. banks on Friday.