Market focus Fed Chairman Powell in his speech on Tuesday noted that, as always, he is ready to soften policies in case of increased risks for economic growth, employment, and inflation. These words convinced market participants that the rates would soon be lowered and followed similar hints from other FOMC members about the possible soon easing due to the risks of trade wars. Strictly speaking, the obvious words were perceived by the markets as a signal for policy easing. As a result, the dollar weakens, and stock indexes sharply turned to growth. Futures markets are currently pricing in two rate cuts this year and one more until next March. 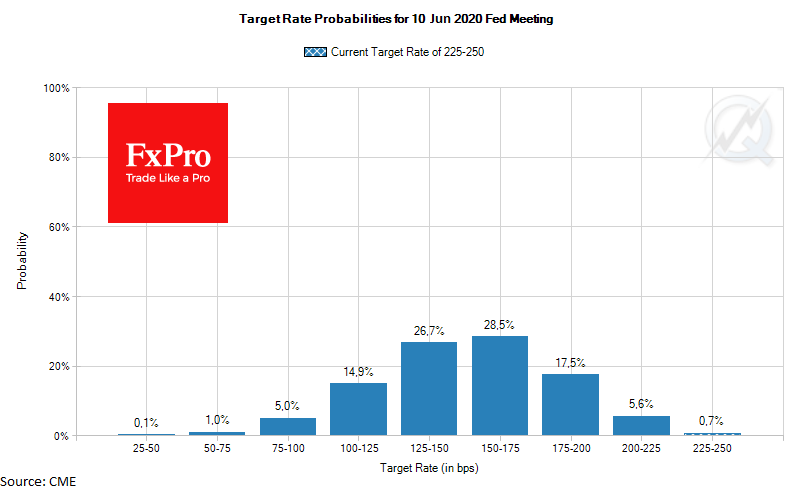 Stocks American indices SPX, DJI climbed yesterday by more than 2% in anticipation of active actions related to monetary policy easing. SPX strengthened above 2800 and rose above the level of the 200-day moving average. In case of continued growth, the decline under this level at the end of last week can be considered as false and can attract buyers after more than a month of decline in stock markets. On the other hand, the chances of a false start of the markets are high, because the Fed has made it clear that they are only monitoring economic data, and it can still be very far from actual easing. 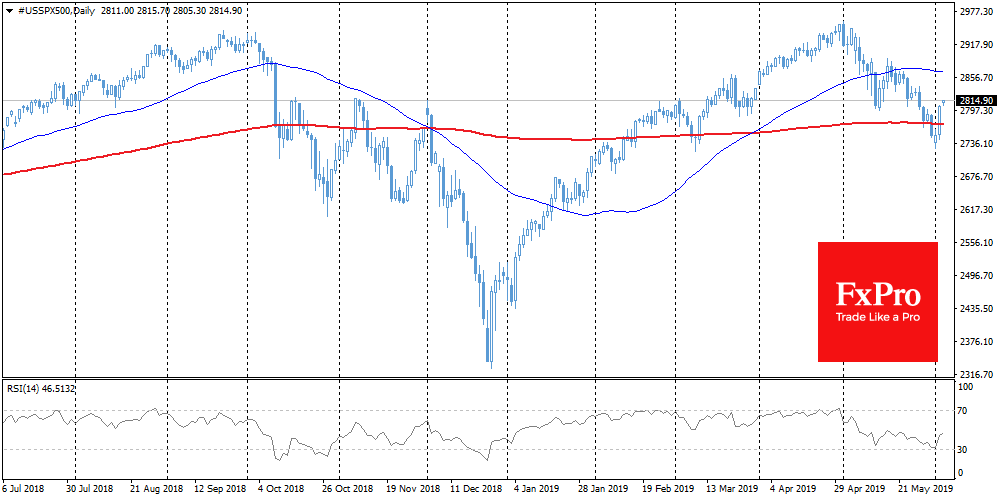 EURUSD The dollar retreat occurred at a critical moment when EURUSD tested the upper limit of the downward channel. The technical picture is very favourable for EURUSD. The pair managed to break the downward trend with a strong movement and confirmed this breakdown by growth above 1.1260 – previous local maximums. In theory, this opens the way for the pair to the area of 1.1370 (MA200), but in practice, the emerging growth trend has to be tested in the form of the Fed Beige Book, the ECB press conference and data on the US labour market. 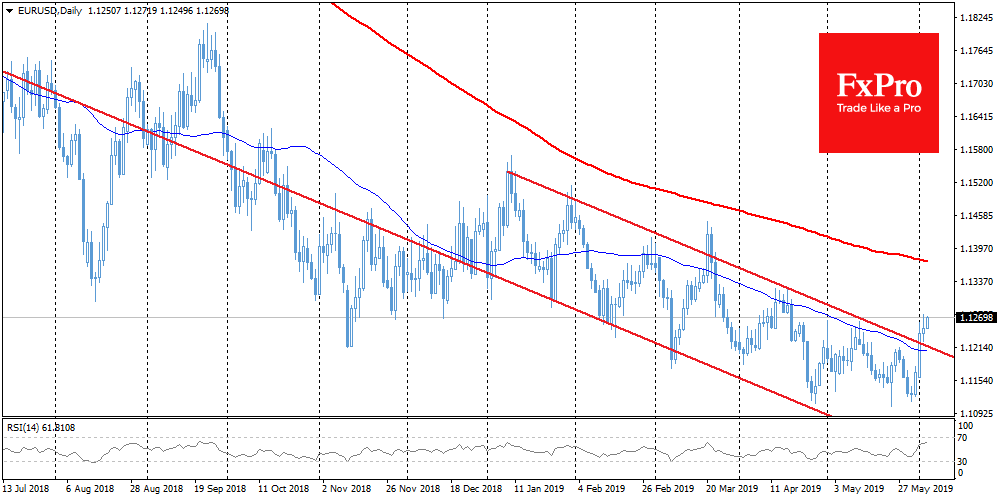 Gold Gold resumed growth against the backdrop of the rally from the end of last week after a pause on Tuesday. At the time of writing, the price of an ounce increased to $1,333, adding 0.5% in less than an hour. Above the current levels, gold spent only three days in February. The decline in US government bond yields spurs gold purchases amid a decline in the attractiveness of investments in short-term debt securities. 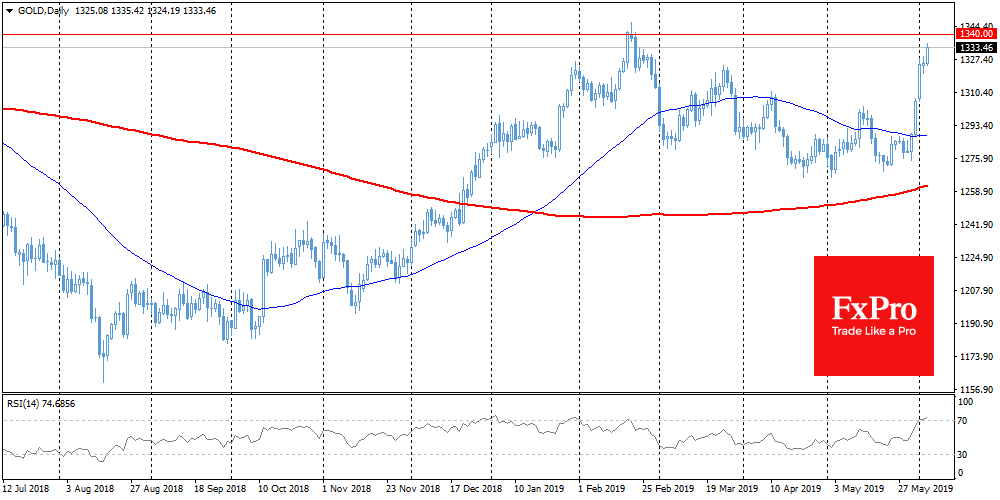 Chart of the day: Fed rate expectations Fed Funds Rate Futures show 3 FOMC rate cuts over the next 12 months as the most likely scenario. The chances that the rate will remain at the current level, the markets estimate at a negligible 0.6% versus 32% a month ago and 78% in March. This dramatic turnaround in expectations looks like the main driver for the markets, causing a dollar sharp sell-off and breathing life into stock indexes the day before.